The Science of How To Practice a Skill Effectively 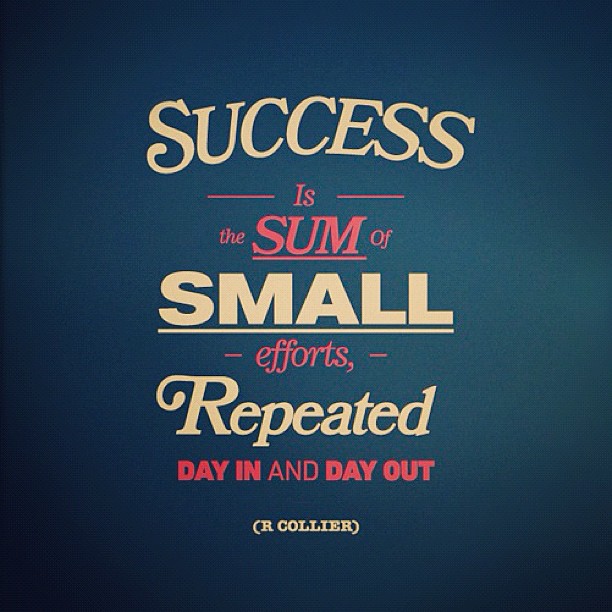 And for good reason. No single factor separates effective practice from ineffective practice. But a secret recipe does exist, and though it won’t make anyone “perfect” in a literal sense, it can certainly be the difference between a life of troubled learning and a life of easy expertise.

According to the latest research, practice make perfect…

Decades of research have shown that superior performance requires practicing beyond the point of mastery. Evidence of why this is so was provided by a study published recently in the Journal of Neuroscience. Assistant professor Alaa Ahmed and two of her colleagues in the integrative physiology department at the University of Colorado-Boulder asked study subjects to move a cursor on a screen by manipulating a robotic arm. As they did so, the researchers measured the participants’ energy expenditure by analyzing how much oxygen they inhaled and how much carbon dioxide they breathed out.

When the subjects first tackled the exercise, they used up a lot of metabolic power, but this decreased as their skill improved. By the end of the learning process, the amount of effort they expended to carry out the task had declined about 20 percent from when they started.

Over the course of a practice session, the subjects in Ahmed’s study were becoming more efficient in their muscle activity. But that wasn’t the whole story. Energy expenditures continued to decrease even after the decline in muscle activity had stabilized. In fact, Ahmed and her coauthors report, this is when the greatest reductions in metabolic power were observed – during the very time when it looks to an observer, and to the participant herself, as if “nothing is happening.

Ahmed’s explanation is that even after participants had fine-tuned their muscle movements, the neural processes controlling the movements continued to grow more efficient. The brain uses up energy, too, and through “overlearning,” it can get by on less. “These gains in mental efficiency free up resources for other tasks: infusing the music you’re playing with greater emotion and passion, for example, or keeping closer track of your opponent’s moves on the other side of the tennis court,” says Annie Murphy Paul in a recent post on the subject. “Less effort in one domain means more energy available to others.”

Other studies have demonstrated that for a wide range of academic and professional activities, overlearning reduces the amount of mental effort required, leading to better performance – especially under high-stakes conditions. In fact, research on the “audience effect” shows that once we’ve overlearned a complex task, we actually perform it better when other people are watching. When we haven’t achieved the reduction of mental effort that comes with overlearning, however, the additional stress of an audience makes stumbles more likely.

“The message from this study is that in order to perform with less effort, keep on practicing, even after it seems the task has been learned,” says Ahmed. “We have shown there is an advantage to continued practice beyond any visible changes in performance.” In other words: You’re getting better and better, even when you can’t tell you’re improving””a thought to keep you going through those long hours of practice.

…If It Is Spaced & Regular

Of all existing research on practice techniques, spaced practice probably has the most consistent support. What it means is simple: don’t cram. The way human memory works, it’s best to space out your practice sessions rather than “mass” them together. This gives your brain time to fully absorb new information and process it in various contexts.

Some players registered higher scores than others despite practicing for the same amount of time. The study suggests those who did display an ability to learn more quickly had spaced out their practice instead of massing it together. This finding is fairly typical of the kind of research supporting spaced practice.

…If You Make Mistakes

In the same study, players who explored how the game worked registered more variable performances at the beginning, but had the strongest performances by the end, suggesting that effective practice involves learning from mistakes.

“The study suggests that learning can be improved,” Stafford says. “You can learn more efficiently or use the same practice time to learn to a higher level. As we live longer, and more of our lives become based around acquiring complex skills optimal learning becomes increasingly relevant to everyone.”

…If It Is Deliberate 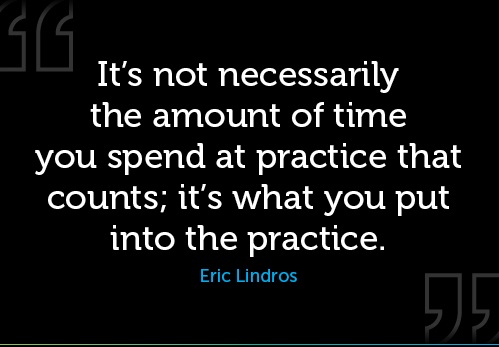 The deliberate practice framework proposed by Swedish psychologist K. Anders Ericsson and colleagues in 1993 claims that accumulated hours of “deliberate practice” – practicing with a specific goal in mind – is the only factor that explains differences in performance in sports, arts, sciences, and intellectual games. Ericsson exposed the idea that it takes around 10 years of intense dedication to achieve high levels of performance.

This idea was recently popularized by British-Canadian journalist Malcolm Gladwell in his 2008 book Outliers, but with a twist: it takes 10,000 hours to achieve such level of expertise.

While Ericsson’s claim may or may not be true, the point is that when you practice with a goal in mind, your chances of mastery increase dramatically.

…If You Have Natural Talent

A recent study published in the journal Intelligence offered a flip side to Ericsson’s theory.

The study focuses on chess expertise, and addresses the fact that there is huge variability in the numbers of hours of individual practice required to become a national master (e.g. 2 years versus 26 years).

…If You Have a Sharp Memory

In 2011, Hambrick suggested that working memory capacity can be the deciding factor between a good learner and a great learner. Working memory refers to the brain’s temporary storage and manipulation of information for complex cognitive tasks like language comprehension, learning and reasoning. Hambrick, a Michigan State scientist, found that people with higher levels of working memory capacity outperform those with lower levels “” and even in individuals with extensive experience and knowledge of the task at hand.

One way to strengthen working memory for a concept or task is to follow the first suggest on this list and overlearn.

…If You Get an Early Start

When you practice matters as much as how. Chess players who start engaging in serious practice during what’s called the “critical period” of childhood achieve higher levels of performance than players who start late. This is the case even when the number of hours of practice remains constant.

The take home message is that if you detect children or young adults to have a strong interest in a discipline, you should expose them to it as soon as possible.

…If You Have Good Genes

Harsh but true: some of us will never learn as much as others, even if we follow the same methods of practice.

One reason for the variation is genetic, researchers say. In one study, researchers at Indiana University, University of Minnesota, Texas A&M University, Washington University, Pennington Biomedical Research Center, and Laval University in Quebec measured changes in VO2 max, an indicator of aerobic capacity, in people who followed a strict exercise regimen. About 5 percent of participants boosted their VO2 max levels by an astonishing 40 to 50 percent. Another 5 percent, however, saw almost no gain at all, and the rest fell in between.

The interesting part was that, although a subject’s rate of improvement had little to do with how fit she was to start with, members of her family showed somewhat similar gains. The rate of improvement varied 2 1/2 times as much between families as within families, highlighting the importance of genes in determining how much improvement occurred.

The research does not suggest that genes are dominant and training is irrelevant; instead, it says that the benefit from training is partially driven by genetics, so that a combination is required for top performance.

…If You Practice With a Partner

Scientists from Imperial College London and two Japanese institutions explored whether physical interaction improved the way people performed in a computer-based task where they were using a joystick-like device. They were connected by a virtual elastic band to the same type of device operated by another person, who was hidden from view. Most of the participants were unaware that they were working with a partner, but in spite of this they subconsciously used information transmitted through their partner’s touch to enhance their performance.

Participants achieved noticeably better results in the task when working with a partner than they did working on their own. In the study, the researchers discovered that where one person was physically connected to a partner when learning a task, they consistently improved their performance regardless of how well their partner performed.

…If It Reflects Your Intelligence

Allyson Mackey, a Berkeley doctoral student in neuroscience, says standardized tests like the LSAT, SAT, and IQ tests only test how smart you are at any given time, not how smart you will ever be. This means that practice makes perfect only if that “perfection” is our absolute best, every time, in every situation. It also means we can train ourselves to practice better so that we will perform better.

In her latest study, Mackey found that the brains of young adults changed in response to intense studying. The students participated in a Law School Admissions Test prep course that focused on reasoning skills. By taking fMRI scans of the students’ brains, she discovered that the participants who improved their LSAT scores also developed new neural networks. Training allows you to use more of your brain, she says, and can also improve existing neural connections.

Mackey says her research has profound implications for education policies. In a previous study, she demonstrated that children from low-income families at an underperforming elementary school reaped significant intellectual gains by practicing reasoning skills. After attending an eight-week training program Mackey designed, the students on average raised their IQs by 10 points, some gaining as many as 14 points. Mackey says, “No one had really taken a step back and asked, “Before we get to reading and math, let’s see if we can train these basic cognitive skills in a more specialized way.” Mackey’s advisor, Silvia Bunge, is planning a series of experiments to see how such training could fit into school curricula.

Read more about what does it mean to be intelligent?

Practice does make perfect, with the help of a few contributing factors. Regardless of your academic level or field, these factors have been proven to aid learning and memory through more effective practice. Start incorporating them into your study routine and give yourself a better education – at no additional cost.