6 Skills That Won’t Be Replaced by Artificial Intelligence 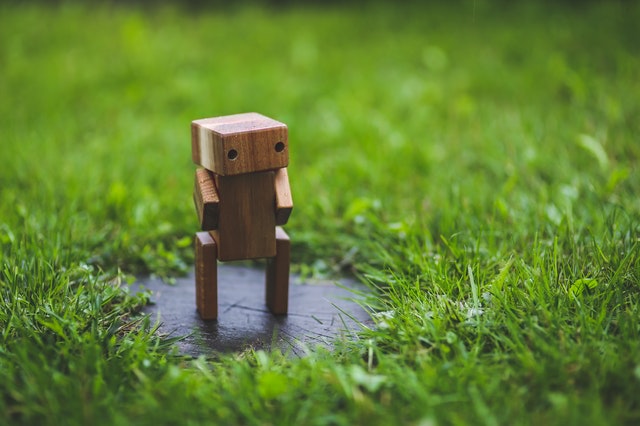 In recent years, movies such as I, Robot and Ex Machina have been fascinating audiences with the premise that robots will one day take over the world. Although this idea may sound crazy to some, in one very real sense, robots may very well be taking over the world—the work world, that is.

There is an increasing argument insisting that AI or “artificial intelligence” will eventually eradicate the majority of jobs and industries as we know them today. According to an Oxford University study, all developed nations can expect to see job loss rates of up to 47% within the next 25 years. Additionally, a Pew Research Center study found that “robotics and artificial intelligence will permeate wide segments of daily life by 2025, with huge implications for a range of industries such as healthcare, transport and logistics, customer service, and home maintenance.”

The concept of technology replacing certain portions of the workforce is not unproven or new. Before the agricultural revolution in the 18th and 19th centuries, the agricultural sector had been carried out by manual labor. The revolutions radically changed the sector via tools and machinery that were created to make certain processes and tasks more efficient. TalentCulture, an online community and editorial outlet that publishes about present and future work trends, reported that “in the late 1800s, agriculture employed nearly 80 percent of American workers; by 2008, that figure had fallen to less than 2 percent.”

Since the transformation of the agricultural industry, the computer and digital revolution over the last twenty years has replaced other segments of the work population. Blue collar and white collar workers alike have essentially lost their jobs to robots, from gas station attendants to bank tellers to travel agents.

If you’re a teacher or student, this can all sound disconcerting. If the goal of education is to provide people with the skills and knowledge needed for the future workforce, and various industries are dying out, what does that mean for the educational pathways previously filtering into those industries?

The good news is that there is no need for alarm, especially if you understand which skills won’t be threatened by the future of work. The previously cited Pew study explains that “even as [the majority of experts] are largely consistent in their predictions for the evolution of technology itself, they are deeply divided on how advances in AI and robotics will impact the economic and employment picture over the next decade.”

In fact, technological advances haven’t decreased the amount of jobs available—they’ve actually brought about a net increase in jobs. Although certain jobs of the past have gone extinct, there are new opportunities in industries that didn’t exist before. From astronauts to software developers, medical device creators to graphic designers, a wide range of new employment opportunities—and therefore educational pathways—are available to us all.

Education systems and their students and teachers should take note of these shifts and adapt accordingly. When it really comes down to it, the types of jobs most at risk are those that are “repetitive, sequential, and/or subject to a set of ‘if-then’ rules—even if those ‘rules’ are quite sophisticated,” explains Talent Culture.

Whether you are just starting your career or educational path, or considering making a career change, it would be advisable to know which skills in particular are AI-proof for the future. We’ve put together a list of the six skills and domains that will always need that human touch in order to be done well, as well as some of the associated learning pathways and careers that come out of the possession of such skills.

One thing that makes us truly human is the ability to empathise. Robots can perform basic human interactions such as customer service via telephone, but no matter how highly developed they are, they will not have this innate ability to connect with and understand other humans on an emotional level.

They cannot “put” themselves in another person’s figurative shoes and sense what they feel, which is a skill required for tasks such as reading a person’s feelings, managing emotions, working in teams, and communicating effectively. Empathy and other interpersonal skills are still highly relevant and necessary for positions that require an innate understanding of human emotions. Can you imagine a robotic priest imparting wisdom and guidance to the masses? Or artificial intelligence attempting to calm an animal prior to a surgical procedure? Didn’t think so.

For ideas on how to teach empathy in the classroom, check out this article that we previously posted.

Possessing a creative mind and imagination means that you have the ability to dream up new inventions and ideas that do not currently exist. Yes, robots are able to recognise and analyse existing data and matter, and at a certain level computers can produce art, music, food, or writing. But that’s not the full story.

“Though definable rules and mathematics play a role in all these types of creations, the images, sounds, tastes, and ideas conveyed can’t be reduced to code,” Tom Pick of Talent Culture explains. That initial seed of a new idea or concept that hasn’t existed before is unique to humans, particularly people who identify as inventors and innovators.

Even if you aren’t an artist in the traditional sense of the word, creativity will still be needed in other jobs that necessitate a high degree of creativity or skill. Perhaps you have a unique way with words and are an aspiring published poet. Or maybe you’re in architecture school and have been praised by professors for your original concepts for built environments. Either way, innate human creativity comes into the picture, and humans appreciate the unique ideas and abilities exhibited and required by various forms of “craft.”

Imagine a robot replacing a lawyer or judge in legal matters—it’s a bit frightening. Not everything in matters of conflict and ethics is entirely black and white, and a lot of it is affected by and determined with an inborn human sense of right and wrong. Logical reasoning based on judgment only goes so far. Put simply, the concept of “should” doesn’t exist in a robot brain.

Conflict resolution and negotiation are related skills that cannot be replaced. Yes, certain sides in an argument can be factually or legally correct, but there are many conflicts in which emotion and irrationality are involved. For example, either side of a legal case may not proceed rationally, or may have hidden agendas or motives that won’t be foreseen to others involved. That said, the whole legal field isn’t entirely safe. Paralegals’ work involves a lot of searching for and gathering data, which is a very rote task in which a robot would do well. So if you’re looking to study law, keep in mind which positions specifically are more tech-proof in the future.

If you’ve ever played a game online against the computer, you understand that although it’s not human, it’s still as competent and competitive as playing against one, if not more. Games tend to be bound by logical rules and outcomes. It’s predictable, and therefore more susceptible to being mastered by a computer.

In reality, however, the future can be estimated but not entirely predicted. There are various jobs that require people to navigate unknown outcomes, shifts in priorities, and gaps in information. For example, physicians and surgeons have to balance various factors and priorities when it comes to treating patients. And entrepreneurs know that building a start-up is synonymous with dealing with ambiguity and making decisions based on a host of factors (some of which require empathy and other interpersonal skills, also included on this list.)

For centuries, humans have come together in order to be awed and inspired by athletes and the sheer skill of the human body and mind. Being an athlete is just one example of a career that requires a high level of skill, and the output is appreciated by others because it’s the result of inspiring and unique human ability.

In a way it’s similar to the skill of being highly creative. In the same way that people appreciate the unique talents of artists and poets, they also appreciate the level of skill required when a human being is able to score a winning touchdown or hit a successful home run.

It might seem obvious to most people that the most at-risk jobs are in the realm of technology—if something can become automated digitally or mechanically, most likely a robot will eventually take it over. However, what will be needed with the increase of technology are human beings with the capacity and ability to create, manage, and fix the technology itself.

In a Forbes article, business consultant Bernard Marr reveals that “automated systems will still require oversight, especially at the beginning. Even if an AI system can take over the bookkeeping for a company, an accountant will still be needed to check for errors. Likewise, while a computer might be programmed to make ad buys for a company, a marketing expert would want to double-check that the purchases are aligned with the brand.”

The rise in short-term technological skill programs such as developer bootcamps and UX design courses at places like General Assembly is one indicator that educational programs are seeing this increased need and resulting demand for workers who are helping to create new technology.

All of this can seem intimidating to think about, especially if you currently work in a field that is predicted to be replaced by AI in the near future. One particular value and skill that is most important throughout this whole societal shift is the ability to adapt. As Albert Einstein once said, “The measure of intelligence is the ability to change.”

Talent Culture describes adaptation as “the most vital skill advantage humans have over robots. Humans remain superior to robots at changing our minds, plans, thoughts, and actions in response to changing circumstances and new information.” By ensuring that you adapt your educational pathway—or help someone adapt their own—to the needs of the future, and keep your mindset and skill set flexible, we can all learn to navigate these rapidly shifting times.