5 Ways to Spread Empathy Through Education 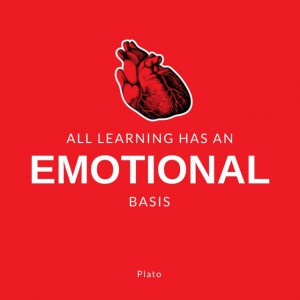 Our world is becoming increasingly interconnected, globalised, and complex. Wars are being waged, conflicts displacing refugees across borders, economies booming and failing, all while innovative solutions are discovered and shared. Amid the challenges and opportunities, the need to really listen and understand one another is becoming not only a desirable skill, but an economic, social, and environmental imperative. A global spread of empathy is being demanded.

In general terms, empathy can simply mean the ability to understand one’s own and other’s emotions. In more complex and practical terms, according to the Start Empathy Initiative of the global organisation Ashoka, empathic skill can be defined as “the ability to grasp the many sides of today’s complex problems and the capacity to collaborate with others to solve them; it means being as good at listening to the ideas of others as articulating your own; it means being able to lead a team one day, and participate as a team member the next.”

The BBC reports that 98% of people (the exceptions include those with psychopathic tendencies) are hard-wired to be able to empathise; however, “the problem is that most don’t tap into their full empathic potential in everyday life.” Although there are many reasons to tap into this potential, our society has not created the necessary spaces, practices, and supporting ecosystems where empathy can be intentionally nurtured and unleashed for the betterment of our world.

Here are the 5 top reasons why empathic development is key for our collective future, paired with 5 practical ways educators and parents can implement it into educational curricula:

In the world of the past, people used to live and work side by side with people who were similar to them in culture, language, religion, and other factors. In our growing global economy and the migration of peoples, cultures, and ideas, the ability to get along with diverse colleagues, classmates, and even neighbors has become necessary for societal progress. According to the Greater Good Science Center in Berkeley, CA, “research suggests that empathy can be taught, and that contact with people who are different from us in a safe, empathic way is a first step toward reducing prejudice.”

In a study authored by David Brockman at Stanford University and Joshua Kalla at the University of California Berkeley, people canvassed the homes of more than 500 voters in South Florida with the hope to bring understanding and empathy towards transgender citizens and their rights. Canvassers, some of whom were trans and others who were not, asked the voters to put themselves in the shoes of trans people to see challenges they face from their perspective. These conversations were on average 10-minutes long and non-confrontational. The aim was that these short but deep conversations could lead people to reevaluate their biases.

Long story short: it succeeded. The study discovered that voters’ anti-trans attitudes not only decreased in that moment of personal connection, but results were longer lasting—three months later, these changed sentiments were maintained.

How does the reduction of prejudice look in practical terms when it comes to building it into educational curriculum? Elif M. Gokcigdem, the author of Fostering Empathy Through Museums, has a few ideas. In an article published on behalf of the Greater Good Science Center, she writes “By putting people in proximity to other people’s lived experiences, the artifacts from their cultures, and their stories, museums can help us awaken to different realities and multiple perspectives that exist around us.” In addition to experiencing various elements of storytelling such as recorded narratives, artifacts, and photographs, museums provide a space and laboratory for experiential learning. One such example is the “lunch counter” simulation experience at the Center for Civil and Human Rights in Atlanta. This installation “leaves one with a firsthand understanding of what it was like to be in the shoes of a civil-rights protester in the ’60s enduring verbal and physical intimidation and racism while participating at a non-violent sit-in protest at a “whites-only” diner.”

In design industries, “empathy” has become a term that is increasingly used when discussing and understanding user needs and thought processes, whether it be in creating a physical product or a system in fields like healthcare and education. The ability to take on another perspective and put one’s self in another’s shoes is what enables us to be imaginative and understanding as humans.

The D School at Stanford University in California can be considered one of the foremost institutions for design-thinking in the world. In An Introduction to Design Thinking they write “To create meaningful innovations, you need to know users and care about their lives… Empathy is the centerpiece of a human-centered design process.” This process enhances one’s creative abilities when it comes to imagining solutions for issues faced by people different from one’s self.

Aside from design industries, theater and acting worlds also employ empathy as a tool for creativity when it comes to understanding characters at a deeper level in order to effectively “become” them. Using drama in the classroom is an embodied way for students to see through the eyes of someone else with a differing perspective. One concrete suggestion for using acting in the classroom is to organise an event in which each student selects a character from history and is required to socialise with other characters in the room and take on traits they believe that character would have. Students can research ahead of time about the figure’s life and personality in order to attempt an accurate portrayal.

Work in the 21st century is more collaborative in nature as teams become more globalised and companies and organisations have to interact and produce virtually. In 2012 IBM surveyed 1,700 CEOs in their Global Chief Executive Officer Study. They found that the number one most important skill to succeed in the workplace was the ability to collaborate (being communicative and creative were #2 and #3). Having an acute intuition and sense of how teams will best work together in a complementary fashion is fundamental in developing a strong and effective work culture. As Daniel Goleman, psychologist and author of New Leaders explains, “[A]s the tasks of leadership become more complex and collaborative, relationship skills become increasingly pivotal.”

In educational settings, games provide a laboratory for students to explore and learn about collaboration and other key skills such as group dynamics, leadership, teamwork, inclusion, and communication. In a school context, games have historically been a susceptible way for bullying to occur on schoolyards, or for unhealthy group dynamics built on exclusion versus inclusion to form. Playworks is an exemplary program that ensures healthy play, and significantly reduces bullying on the schoolyard. The program provides recess coaches to facilitate healthy group dynamics on the playground and to teach games that further foster empathic skills.

Being able to read one’s self as well as others and develop an understanding of the related motives, desires, preferences, and other personality traits is also an indicator of potential success in various realms of life, from personal relationships to workplace and business dynamics. In one study begun in the 1950s and conducted over the next 40 years, social intelligence was found to be four times more likely than IQ to predict professional success and prestige.

Meditation has been a key method for developing both internal and external awareness. This happens when people bring attention to their breathing and allow their minds to quiet and “slow down.” Laura Pinger and Lisa Flook are both researchers at the Center for Healthy Minds at the University of Wisconsin, Madison who worked together with six schools in the midwest of the USA to implement a 12-week curriculum to teach empathy to pre-kindergarten students. One of their many curriculum activities is teaching children to meditate. Rather than listening to a recorded meditation, which can seem abstract for this age-group, “we played a song from Betsy Rose’s CD Calm Down Boogie, ‘Breathing In, Breathing Out,’ while the children rested on their backs with a beanie baby on their belly. The beanie provided an object to “rock to sleep” with the natural in-and-out-breath, while the breathing calmed the body” (Source: Greater Good Science Center). Meditation can seem like something difficult to instill in young children, but breaking it into simple activities such as this one can begin to get them in such a state that helps them hone their awareness.

For other models for teaching meditation in schools, check out Mindful Schools and the Mindful Life Project.

Jeremy Rifkin, an American economic and social theorist and author of The Empathic Civilization (this graphic recording narrated by him gives an interesting overview of the thesis of the book) once wrote that “Empathy is the soul of democracy. It is an acknowledgment that each life is unique, unalienable, and deserving of equal consideration in the public square.” In order for democratic and civil society to work, citizens must be able to understand and have compassion for the struggles of their fellow citizens and neighbors in their local and global communities. This is yet another reason why empathy is important for the progression of our societies.

Storytelling is one such tactic for sharing the struggles and triumphs of those similar or different from us. Radio host Ira Glass of This American Life puts it quite eloquently when he says, “The story is a machine for empathy. In contrast to logic or reason, a story is about emotion that gets staged over a sequence of dramatic moments, so you empathise with the characters without really thinking about it too much. It is a really powerful tool for imagining yourself in other people’s situations.”

Chris Temple understands the power of story in strengthening understanding for “the other.” Chris is a filmmaker and social activist who created Living on One, a non-profit production and impact studio that uses immersive storytelling to create films that inspire action around pressing global issues. Their most recent film, Salam Neighbor, chronicles their experience living in a Syrian refugee camp for one month, and introduces the viewer to the stories of various people that they meet.

Chris and his partner Zach Ingrasci have screened the film at over 500 schools around the United States. Though the Syrian refugee crisis can be considered the largest humanitarian crisis at the moment, part of the over 65 million people now displaced around the world, Chris and Zach have found that sharing individual stories of the people that they meet is far more powerful than statistics.

“Beyond anything, [these refugees] are humans, brothers, doctors, students” Chris reflects. “When you reach schools, you are getting a very empathetic audience who are usually following their parents’ political beliefs but very open to questioning and challenging them.” They have currently taken the impact of Salam Neighbor a step further and developed a curriculum in partnership with Plus Acumen for people to dive deeper into learning about the people affected by the crisis and how to become involved to make a difference. They are also adapting curriculum for schools and students to take a deeper dive into these issues.