in Education and The Workplace

"Australian women are among the most highly educated in the world, yet their participation in paid work remains comparatively low." Elizabeth Broderick, Sex Discrimination Commissioner (2007 – 2015) FOLLOW THE STORY 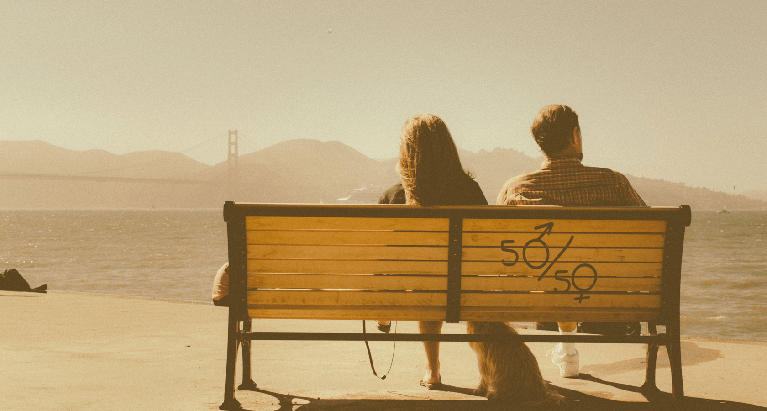 2 16
Gender equality in education and work allows a society to reach its full human potential and become the most productive and resourceful nation it can be. Although Australia has come a long way in our access to education for women, it still has a long way to go to increase women’s economic participation and workplace opportunities.

Gender bias, challenges with child care, lack of workplace flexibility and inequity in pay means that a lesser amount of women are able to fulfil their career potential due to social and structural limitations.

So where are we now and how did we get here? Open Colleges has created this handy timeline and some useful statistics to get you up to date. 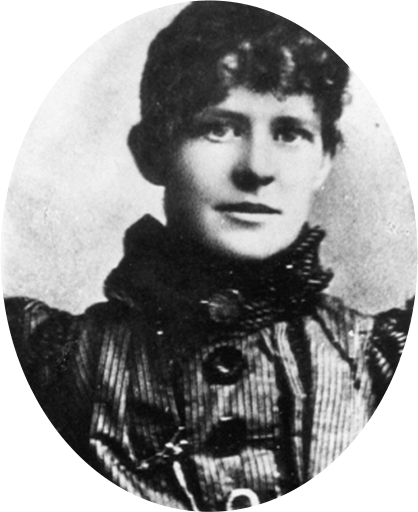 Bella Guerin is Australia’s first female university graduate, gaining Honors in a Bachelor of Arts degree. After this, Australian universities become among the first in the world to start opening their courses to women, even before institutes such as the University of Oxford or Cambridge.

This was not without its hurdles and by fighting through adversity these early pioneers left a legacy for women for generations to come. Women's suffrage groups began to appear in the Australian political landscape in the 1880s.

Jane Foss Barff was one of the first few women to graduate and become part of a generation of women who bravely challenged the status quo, leaving a legacy for many women to follow. 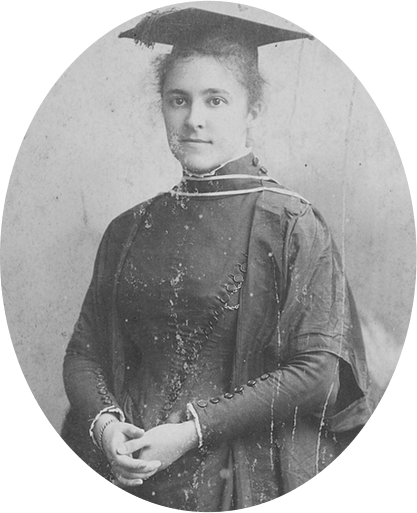 Early forms of distance education were done by correspondence, that is, students would be sent their assignments and tasks by mail, which were posted back to them in order for them to gain their qualification.

International Correspondence Schools (ICS) would eventually become the Open Colleges we know today. It was a visionary company providing distance education for both men and women.

It was one of the first colleges in Australia to offer courses to women and aimed to provide courses to help people gain skills and to better their lives. 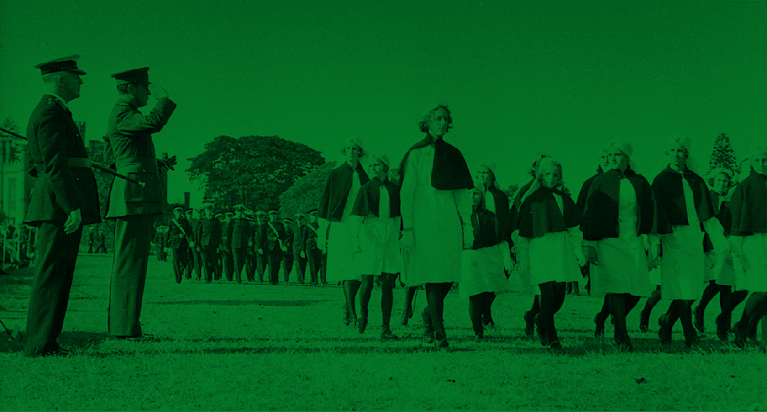 Women in the War Effort

The involvement of Australian women in World War II was closely connected to their role in society. On the home front, women dealt with the consequences of war – managing children and family responsibilities on their own.

During the war, many women were also employed as nurses and in other active service duties, and contributed to war efforts through military service. During World War II, women were recruited into jobs that had always been the preserve of men; they worked in factories and shipyards, as members of the Women's Land Army and as Official War Artists. 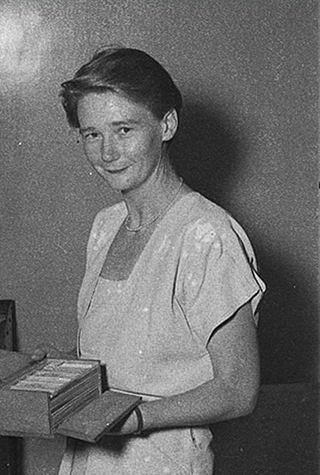 The Women’s Liberation movement started gaining momentum in the 1960s, with the aim to transform the power relations between men and women which lay at the foundation of our society.

Dr. Beryl Nashar becomes the first female Dean of Science in Australia, being the first Australian woman to be awarded a Rotary Foundation Fellowship, which allowed her to study at Cambridge University.

In 1966, Australia finally removes the 1902 Commonwealth Public Service Act whereby every female officer was "deemed to have retired from the Commonwealth service upon her marriage", being one of the last developed countries to do so. 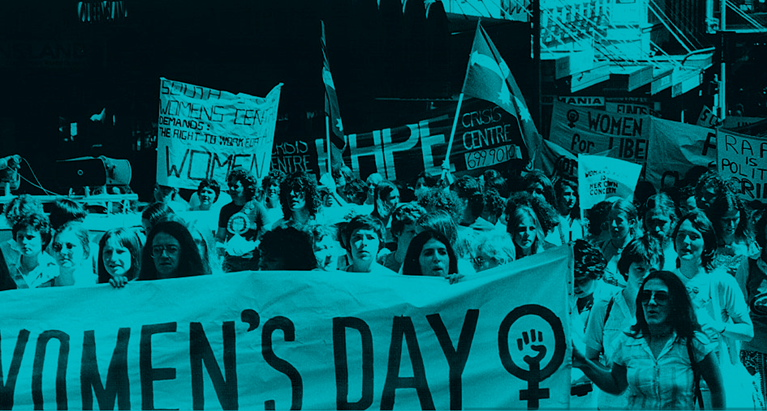 By the early 1970s, encouraged by the growing women's movement, women were present in much greater numbers in undergraduate STEM courses. Eventually their presence in postgraduate training also increased, although hiring into faculty positions lagged disproportionately.

Women became eligible to enrol in technical college courses without charge, their fees being paid by the Commonwealth Government. These developments were signs of more comprehensive changes that would take place in the 1970s.
8 16
1982 – 1983

Help on the Home Front

1983 also saw The Introduction to Technical Occupations (INTO) - an industry-specific program designed for women seeking employment or training in a non-traditional industry and requiring bridging courses to make this transition.

Within three years of its introduction, 21 INTO courses had been delivered across the fields of engineering, electronics, building and construction, rural technology and business administration, allowing women to enter "non-traditional", typically masculine fields of employment.
9 16
1984 – 1990

Important Legal Precedents in the Workplace

The Sex Discrimination Act is enacted in 1984, giving effective rights to the Committee of Eliminating Discrimination against Women and prohibiting discrimination on the grounds of sex, marital status, pregnancy or potential pregnancy, family responsibilities, and also prohibited sexual harassment.

In 1990, the Hawke Government developed the policy “A fair chance for all: higher education that's within everyone's reach.” The report recognised the major changes that had occurred in higher education participation for women in the last decade, but was still concerned with their rights. 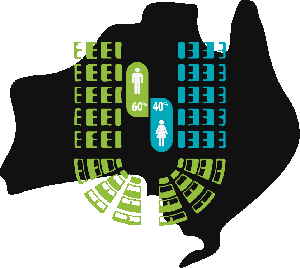 Since July 1990, The Greens have had female representation in the Senate. Of a total of 15 Greens senators, 11 have been women, with seven of the ten Greens senators in the present Parliament being women.

During the 1990s the number of women in parliaments Australia-wide increased steadily. In the Australian Senate, by July 1991, there were 18 women senators, and by July 1996 there were 23, or a little over 30% of Senate membership. To put this in focus, today just over 40% of senators are women. 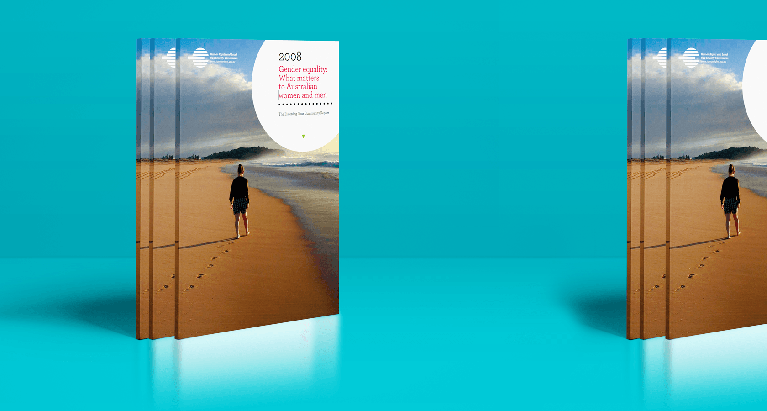 In 2008 "Gender equality: What matters to Australian women and men" is published. In response, in June 2010, the Australian Parliament passed the Paid Parental Leave Act 2010 which is Australia’s first statutory Paid Parental Leave scheme. The scheme provides 18 weeks of leave paid to the primary carer at the federal minimum wage.
12 16
2010 – 2013

Efforts to Move Towards Gender Equality

Following on from this, the Gender Equality Blueprint 2010 sets out key reforms that are a priority for Australia at this time.

To make flexible work a normal part of workplace culture, it was suggested that the National Employment Standards should be amended to provide comprehensive protection from discrimination on the grounds of all forms of family and carer responsibilities to both women and men in all areas of employment.

In 2012, The Australian government introduced the Workplace Gender Equality Act to promote and improve gender equality, including equal pay in employment. 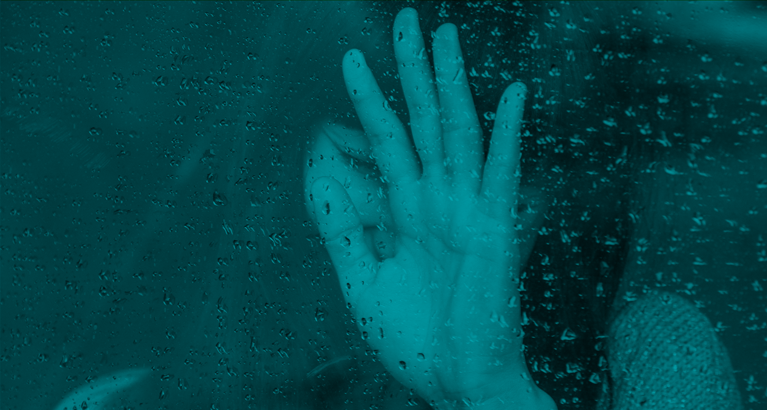 More Work to Be Done

"The World Economic Forum’s Global Gender Gap Report" indicated in 2014 that the high participation rate of women in education and training in Australia is not translating into labour market success. The Report has ranked Australia 1st since 2006 for educational attainment but still ranked 14th for economic participation and opportunity.

Australia ranks 23rd in the World Gender Gap report of 134 countries. Australia is listed three places down since the last report and six places down from the 2007 rank. There are three key gaps when it comes to achieving gender equality in Australia - pay equity, women’s leadership and violence against women. 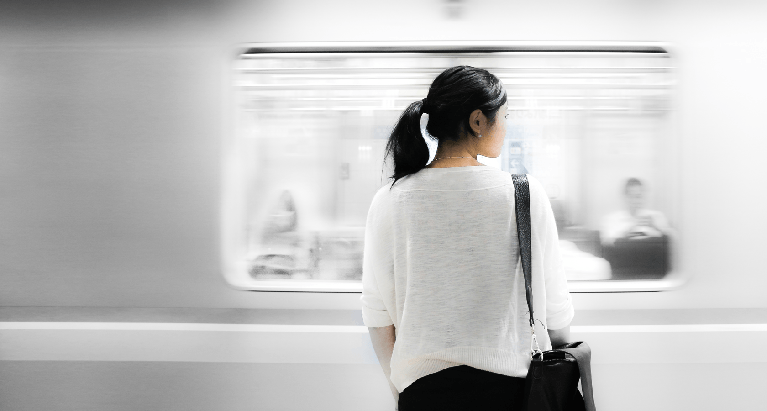 What Australian Women are Dealing with Today

How Much Do Women Get Paid?

Women are less likely to work for pay, more likely to be employed in lower-paid occupation and sectors, and more likely to have temporary employment contracts. Compared to men, employed women also work fewer hours, are less likely to progress in their careers and are under-represented in decision-making positions. Women are paid 17.5% less than men, on average across the OECD. The gender pay gap is even greater when women's part-time and casual earnings are considered, with women earning just two thirds the amount men earn. The majority of women in the workplace in Australia occupy lower paying and lower skilled positions. Women are more likely to be working in precarious employment; and take on part time work rather than full time work.

In terms of female participation in senior management roles, Australia started 2010 with the top 200 boardrooms having only 8.4% of female directors. From 2002 to 2010 Australia increased the number of women on boards by only 0.2% - a marginal increase barely traceable by top statisticians. Women are less likely than men to be promoted and to attain management and leadership positions. Women make up only 2% of chairs of ASX200 companies and hold only 8.3% board of directorships in Australia. Women chair only 2% of ASX200 companies (four boards), hold only 8.3% of Board Directorships, hold only four CEO positions and make up only 10.7% of executive management positions.

Women make up a third of members on Australian Government Boards and Committees. Despite comprising more than half of all Commonwealth public servants, women make up only 37% of the Senior Executive Service. Across Australia women continue to be significantly under-represented in parliament and executive government, comprising less than one-third of all parliamentarians and one-fifth of all ministers. The issue of gender diversity is also discussed within the broader context of women in leadership and executive decision-making roles in Australia including local government, government boards and in the corporate sector.

The Workplace Gender Equality Agency is an Australian Government statutory agency charged with promoting and improving gender equality in Australian workplaces in accordance with the Workplace Gender Equality Act 2012. The Agency’s vision is for women and men to be equally represented, valued and rewarded in the workplace. The Agency works collaboratively with employers to help them comply with the reporting requirements under the Act and provide advice, practical tools and education to improve gender performance.

What is Gender Equality in the Workplace?

According to the Agency, gender equality is achieved when people are able to access and enjoy the same rewards, resources and opportunities regardless of whether they are a woman or a man. Gender equality requires: Learn More The Workplace Gender Equality Agency publishes an annual scorecard of the key findings from the Agency's reporting data. Access the 2014-15 gender equality scorecard here. Compare how industries are performing on gender equality by viewing the Agency's Data Explorer.

So, How Can We Improve the Outlook for Women in the Future? 

The good news is that change is happening. In Australia, progress has been good in recent times and the percentage of women academics is 40-45% overall, higher than almost any other country surveyed.

In the past year there has been an almost 600% uplift in the number of women appointed to ASX boards so that Australia now has over 11% of board directorships on ASX200 companies held by women largely due to reforms to the ASX Corporate Governance Principles.

To strengthen the representation of women at decision-making levels: a minimum target of 40% representation of each gender on all Australian Government Boards is being targeted within three years. Also, experts says that publicly announced progress should be reported annually to the public. 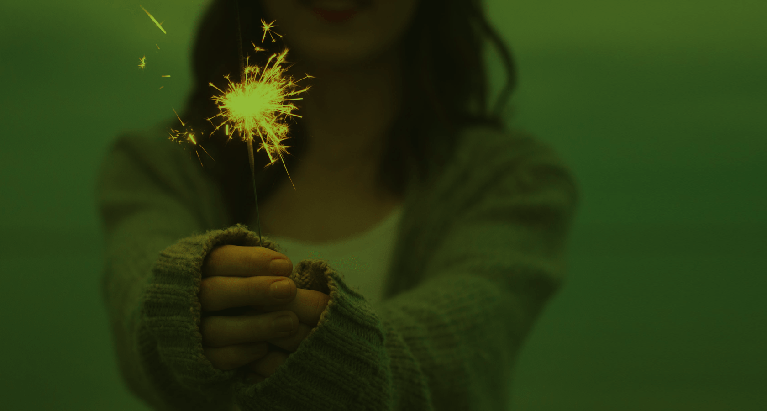 Gender equality will not occur simply because we have anti-discrimination laws in place. It requires a commitment from all people in Australia – women and men – to counter the attitudes and assumptions that lead to discrimination and unequal outcomes.

Achieving gender equality requires our elected political representatives to drive and champion the policy reforms that are needed to build a stronger, more productive and fairer Australia. Australia has made great strides towards achieving equality between men and women. However, systemic barriers such as these still remain.
Sources
© Open Colleges |