Interleaved Practice: 4 Ways to Learn Better By Mixing It Up 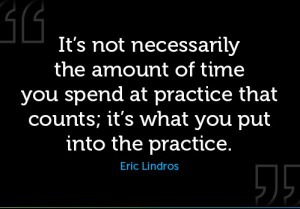 Studying a single skill or topic in one sitting is how we’ve been trained to learn our whole lives. At school, students are given a block of time for mathematics, literature or science, where they’ll have one concept or strategy drilled into them. After this, they’ll move on to their next class, where again they’ll focus on solving one particular type of problem or memorising a specific set of rules before moving on to the next lesson.

This method of learning is what researchers call ‘blocking’ or ‘massed practice,’ and while it might be the norm, numerous studies indicate that spacing out our learning and varying the type of materials we study in each session is more effective than focusing on just one skill at a time.

Spaced learning involves returning to a topic at regular intervals over the space of a few weeks or months, as opposed to studying one topic in just one sitting or over the course of a week and then moving on to the next one. The benefits of spaced learning or ‘distributed practice’ are well-documented, and a review of 254 studies found that across all studies, students recalled 10 per cent more information when they spaced their learning than when they studied the same information in blocks.

Of course, spacing your learning adequately for each subject might be easier said than done, especially if you have numerous deadlines or exams looming.

This is where interleaving or ‘interleaved practice’ comes in, because mixing up different skills in a single study session makes it possible to cover a lot of ground in a fairly short amount of time. For instance, a beginning pianist might learn scales, practise chord progressions and spend some time improvising rather than devoting an entire session to just one of the above, and a new tennis player might practise everything from footwork to serves instead of spending an hour practicing backhands.

But how does it all work? Here’s a look at the science behind interleaved practice.

What Research Says About Interleaved Practice

While cramming a lot of information the night before an exam might help you pass, there’s a good chance you won’t remember much of what you studied a few days or weeks down the line. Interleaved practice, on the other hand, is great for long term retention.

One study carried out by University of Florida researchers Kelli Taylor and Doug Rohrer showed that although students who used blocking were able to recall information more accurately during their practice sessions, students who used interleaved practice were better at recalling the information the next day.

Professor of psychology and director of the UCLA Learning and Forgetting Lab Dr. Robert Bjork explains that because interleaving requires us to constantly retrieve information, we’re able to extract more general rules and transfer them to multiple areas of learning.

Why? Bjork explains that when we mix up our study materials, we start to notice both the similarities and differences among the things we’re learning, and this can give us a better and deeper understanding of the material.

Another possible reason interleaving is effective is that it makes learning more difficult. This might sound like a bad thing, but the reality is that learning is simply more effective when it’s challenging.

Bjork refers to this concept as “desirable difficulties,” and notes that introducing the right kinds of difficulties into the learning process can greatly improve long-term retention, because we’re forced to process new material more deeply.

4 Tips For Using Interleaved Practice in Your Learning

Even if mixing different topics together or practising more than one skill in a single study session seems foreign to you, it can’t hurt to give it a try and see how it affects your learning. If you’re ready to give it a go, here are a few tips to help you use interleaved practice in your upcoming study sessions.

1. Make sure the skills you interleave are somehow related.

When you’re using interleaving as a learning strategy, it’s important to make sure the skills you’re interleaving are related in some way. For instance, if you were learning to play tennis, you wouldn’t practise your backhands, followed by your serves, followed by English literature, because the last skill is completely unrelated to the first two.

So if you’re studying Italian, rather than spending a whole lesson focusing only on vocabulary or reading, you could mix it up by spending 10 minutes memorising vocabulary, 10 minutes reading or writing, 10 minutes practising your pronunciation and then circling back to one of the previous skills.

If you’re studying for a big exam, don’t focus on learning the material in the exact same order it was initially presented to you; mix it up and study old materials along with the newer stuff. Just because your history lessons started with the Russian Dictatorship and ended with the Civil Rights Movement doesn’t mean you should study it in the same order.

If you learned about polynomials in Algebra last month and simplifying algebraic equations last week, you should mix both up in your current study sessions for better long term results.

By reviewing both old and new materials in the same study session and returning to them repeatedly, you’ll be able to space out your learning more effectively and will be far more likely to recall that information weeks, months or even years later.

3. Use interleaving together with other learning strategies.

To get the most out of interleaving, you should use it in conjunction with other effective learning strategies such as repeated retrieval practice, practice testing and even studying in different locations.

Using a variety of learning strategies will help to cement the information in your mind and make it easier for you to recall what you’ve learned no matter where you are or how much time has passed. If you’re not sure which strategies are most effective, check out this piece for a breakdown of the smartest study tactics and how each one works.

4. Don’t get discouraged if you don’t see immediate results.

One thing to keep in mind is that although interleaving will be more effective in the long term, your initial results seem somewhat disappointing because you’ve made things more difficult and are having to work harder to understand the different concepts you’ve learned.

In Bjork’s study, the students who had learned the different painters’ styles using both interleaving and blocking were sure that the blocked practice had helped them learn better, when in fact, their test results showed that the exact opposite was true.

So it’s important to remember that easy doesn’t necessarily equal effective when it comes to learning, and just because you’re not seeing immediate results doesn’t mean you’re not progressing.