10 Smart Study Tactics That Support How The Brain Actually Works 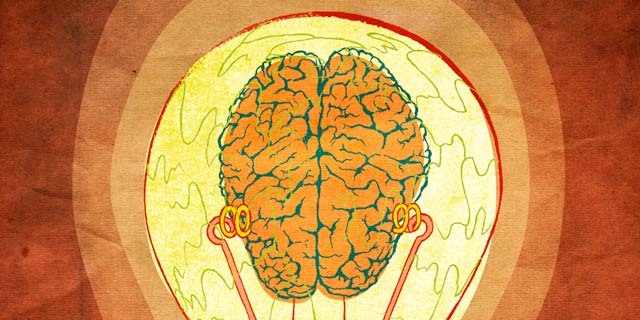 Here’s the problem with what I’m about to tell you: these tactics may may be news to you, but in psychology circles most of them have been around for decades. Why does this matter? Because it means we could all have been getting smarter this whole time. Instead, we seem to be stuck with the same old notions of how learning works.

What’s especially baffling is that these principles are actually quite easy to put into practice. Here’s one: instead of sticking to one location, simply alternate the room where you study in order to remember new information better. Here’s another: studying for one hour each night works; studying all weekend doesn’t. Still we haven’t caught on.

“We have known these principles for some time, and it’s intriguing that [institutions] don’t pick them up, or that people don’t learn them by trial and error,” says Robert A. Bjork, a psychologist at the University of California, Los Angeles. “Instead, we walk around with all sorts of unexamined beliefs about what works that are mistaken.”

So the question is, what can we do to change this? What can we do save ourselves from ignoring the facts and perpetuating an endless cycle of poor learning habits?

Let’s start with the principles themselves.

1. Test yourself before you’ve studied.

It’s called “pre-testing.” Benedict Carey, author of How We Learn, says it’s “one of the most exciting developments in learning-­science.” What does it entail? Pretty much exactly what it sounds like: quizzing yourself on new material before you’ve reviewed your notes.

“Across a variety of experiments, psychologists have found that, in some circumstances, wrong answers on a pretest aren’t merely useless guesses,” Carey explains. “Rather, the attempts themselves change how we think about and store the information contained in the questions. On some kinds of tests, particularly multiple-choice, we benefit from answering incorrectly by, in effect, priming our brain for what’s coming later.”

On one hand, it alerts students to the scope of the subject and what they will likely be tested on in a final exam. UCLA psychologist Elizabeth Bjork says, “Taking a practice test and getting wrong answers seems to improve subsequent study, because the test adjusts our thinking in some way to the kind of material we need to know.”

Also, pretesting helps with something called “fluency illusion.” This is the little voice in your head that says that you “know” the answer to a question when, really, you might not. Pretesting will often reveal these fallacies that we’re carrying around in our heads.

2. Space out your study sessions over time.

It’s been known since classic 19th century educational psychology studies that people learn better when using multiple, short training episodes rather than one extended session. Two years ago, the Lynch and Gall labs found out why. They discovered a biological mechanism that contributes to the enhancing effect of spaced training: brain synapses encode memories in the hippocampus much better when activated briefly at one-hour intervals.

“This explains why prolonged ‘cramming’ is inefficient — only one set of synapses is being engaged,” said Lynch, professor of psychiatry, human behaviour and anatomy, and neurobiology. “Repeated short training sessions, spaced in time, engage multiple sets of synapses. It’s as if your brain is working at full power.”

3. Change up your study environment.

Rather than sitting at your desk or the kitchen table studying for hours, finding some new scenery will create new associations in your brain and make it easier to recall information later. Also, by changing your environment, your brain is forced to retrieve the same information in different places and will therefore see that information as more useful and worth holding onto.

“The brain wants variation,” says Carey. “It wants to move, it wants to take periodic breaks. You don’t have to have the same chair, the same cubicle, the same room, to do your memorisation.”

These findings related to the psychological concept of “context dependent learning,” which has been around since the 1930s. The gist of it is this: When a student tries to recall information in an exam, they will be able to recall it best if they learned it in an environment which is similar to the exam environment.

In one of the original education-related experiments on context dependent learning, students were asked to study meaningful information under either quiet or noisy conditions. Afterwards, they were asked short-answer and multiple choice questions on the previously learned material, which prompted both recognition and recall. Half of them were tested under silent conditions and the other half under noisy conditions. The participants whose noise-level matched during studying and testing conditions remembered significantly more information than those whose noise-level was mismatched.

The researchers concluded that students should take into consideration the context of testing while studying, in order to maximise their performance on both recall and recognition tasks.

These benefits extend to adult education, too.

5. Quiz yourself instead of re-reading.

“Repeated studying after learning had no effect on delayed recall, but repeated testing produced a large positive effect,” wrote Jeffrey D. Karpicke and Henry L. Roediger III in a report on the topic. “In addition, students’ predictions of their performance were uncorrelated with actual performance. The results demonstrate the critical role of retrieval practice in consolidating learning and show that even university students seem unaware of this fact.”

When you reinforce your memories by testing them, they get much stronger than if you simply re-read a passage. Don’t waste your time trying to re-read rules or textbooks in order to memorise them. Test yourself to bolster your memory.

6. Check in with yourself periodically.

Being aware of your own learning–something psychologists call “metacognition”–is invaluable when it comes to studying. You may think you have a good idea of what you have learned and what you have left to learn in a course or during a test prep session, but the more explicit about it you are, the better. Rather than assuming you’ve been absorbing everything you read, make a list of everything you actually remember. Then go back and see what concepts you’ve missed.

For best results, do this on all levels: for a specific chapter, a whole unit, and your entire course. Refer to your syllabus if you have one so you can see the bigger picture.

“Learning” is a funny word. We use it quite liberally to refer to everything from memorising to remembering to forgetting to knowing. We all understand that it’s a process, but can we explain the difference between process and progress? When you receive high marks on a test or in a course, does it mean you’re “done” learning about that particular subject? Does it mean you’ve mastered the material and completed the learning process? No, probably not. It means you’ve made progress in your education according to a certain set of standards.

The learning process never ends. Don’t let all your hard work go to waste by abandoning a subject after the course is over.

Making mistakes while learning can benefit memory and lead to the correct answer, but only if the guesses are close-but-no-cigar, according to new research findings from Baycrest Health Sciences.

“Making random guesses does not appear to benefit later memory for the right answer, but near-miss guesses act as stepping stones for retrieval of the correct information — and this benefit is seen in younger and older adults,” says lead investigator Andree-Ann Cyr, a graduate student with Baycrest’s Rotman Research Institute and the Department of Psychology at the University of Toronto.

“These results have profound clinical and practical implications. They turn traditional views of best practices in memory rehabilitation for healthy seniors on their head by demonstrating that making the right kind of errors can be beneficial. They also provide great hope for lifelong learning and guidance for how seniors should study,” says Dr. Nicole Anderson, senior scientist with Baycrest’s Rotman Research Institute and senior author on the study.

Bjork agrees, adding that forgetting can actually be good for the brain. In fact, it can serve as a powerful spam filter. Under a principle she calls “desirable difficulty,” when the brain has to work hard to retrieve a half-forgotten memory, it re-doubles the strength of that memory.

If you sit down to study a load of material, “of course you’re not going to remember most of it the next day,” Carey adds. You do have to go back and build your knowledge. “But it’s not that you don’t remember well, or you’re not a good learner. It’s that forgetting is a critical part of learning.”

9. Imagine you’ll be teaching someone else.

When students expect to teach new material to others, they remember more of that material correctly and organise their recall more effectively, says John Nestojko, PhD, a postdoctoral researcher in psychology Washington University in St. Louis.

In a recent study published in Memory & Cognition, Nestojko found that simply telling learners that they would later teach another student changes their mindset enough so that they engage in more effective approaches to learning than did their peers who simply expected a test.

In the experiment, which involved a series of reading-and-recall tests, one group of students was told they would be tested on a selection of written material, and another group was led to believe they would be preparing to teach the passage to another student. In reality, all participants were tested, and no one actually engaged in teaching.

“When teachers prepare to teach, they tend to seek out key points and organise information into a coherent structure,” Nestojko says. “Our results suggest that students also turn to these types of effective learning strategies when they expect to teach.”

Think about how you phrase things during a study session: “I know Newton’s law,” “I don’t know marginal utility theory,” “Do you know the quadtratic formula?” When we study in order to “know” things, that knowing often becomes quite shallow, because all it really means is “Will I remember this long enough to regurgitate it on a test?” Viewing information this way undermines deep learning. Instead, approach new material with the goal of truly learning it, with the goal of remembering it well enough to use it or refer to it some day ten years down the road. Doing so will boost your ability to retain it in the first place.

What we’re seeing here are smart, actionable strategies to promote better learning. And not just learning for the test–learning for life. It’s possible that the current educational climate, which emphasises standardised tests and measures of performance, isn’t conducive to improved learning habits. We tend to focus on short-term achievement, and maybe that’s why practices like cramming and intense, cell-block style study sessions are the norm. When we do get over this hurdle, and begin valuing learning over performing, maybe we’ll start to see more genuine interest in adopting these principles.