Why Straight-A Students Haven't Learned As Much As You Think 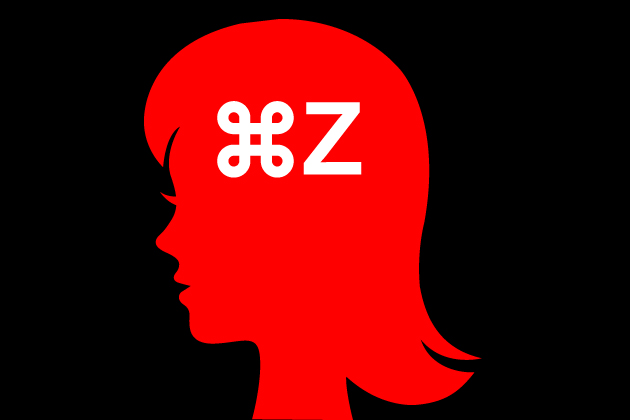 The moment I received my college diploma, I knew I was going to enter the workforce remembering at best a third of what I’d learned. Nearly everthing I’d read or heard about Existentialism, British Imperialism, and Japanese wood block prints would slip from my memory and flutter away with every dollar I’d spent on it. I’d become one of those people at cocktail parties who spent half the night trying to remember a line from Nietzsche. I could already feel it happening as I shook the president’s hand.

It’s not that I hadn’t learned a lot about these subjects; it was that I didn’t actively know much about them anymore. I’d listened to lectures, read a huge variety of texts, written essays, taken exams–and then, promptly, stopped thinking about them.

And that’s where the real trouble starts for us cocktail party hopefuls–and anyone who hopes to sound educated, really. You know you studied British politics at uni, but as you hold your champagne flute with dignity and lean in to impress your fellow campaign organizers, the details you need just don’t come to mind, and soon the conversation moves on to another topic. If only you hadn’t crammed for those tests. If only you’d done a little light reading since then to keep it all fresh…

Today’s students deserve an educational system designed with memory in mind. We now have over twenty-five years of neuroeducation and cognitive psychology to prove that we should have been thinking about memory all along. An instructional system that conflates good grades with learning is not designed to produce educated individuals; it’s designed to produce good test-takers. We need a change.

Our Knowledge Is Only As Great As Our Memory

First, I want to clarify that I am not making a case for rote memorization. I think that rote memorization is exactly what leads to poor memorization and, ultimately, an empty college degree. What I am making an argument for is memorization strategies that enhance long-term retention. This is something that teachers recognize as largely absent from our school systems.

“I haven’t yet seen any institutional focus on the importance of building memories,” says Kris Boulton, Deputy Head of Maths at King Soloman Academy. “I would like to suggest that we start to think of building long-term memory retention and recall as a separate concern, that we start to put thought and effort into thinking about how we are going to help students remember what they learn from us, and that we ask ourselves at the start of planning a lesson or a unit, ‘How am I going to help ensure my students still remember this six months from now, a year from now, two years from now…?’”

So how do we ensure that students remember? By striving to understand memory ourselves, starting with the fact that a person’s knowledge is only as great as their capacity to recall it.

A cognitive phenomenon called “fading” is particularly responsible for failed memory retention. According to the fading theory, the trace or mark a memory etches into your brain is like a path you make in the woods when you continually walk along the same route. If you don’t take that same path, it eventually becomes overgrown until it disappears. In the same way, facts that you learn are forgotten when you don’t review them.

A famous study on forgetting textbook materials compared the percentage of material remembered after different intervals of time. The results were as follows:

Recalling information from lectures can be even more susceptible to the fading effect. In a study on recall after listening to a seminar, students forgot more than 90% of the points from the lecture after 14 days.

You can prevent the fading effect in two ways.

The first way is by forcing yourself to think about newly learned material on a regular basis–through quizzing, writing, discussing, or just thinking–thereby strengthening its presence in your brain. Unfortunately, the traditional assessment system of mid-terms and finals leaves little room for such strengthening.

The second way is to make the material meaningful. Cognitive scientists Daniel Willingham and Robert Bjork have been studying the inner workings of memory for several decades. Their research helps explain how we commit things to memory and how we can avoid forgetting them.

We think carefully about things that interest us, things that elicit an emotional response, and things that carry personal relevance. However trivial or dull a concept sounds on its own, if it is presented in association with one of these three factors, we will be far more likely to remember it, and for a longer period of time.

The next thing to understand about memory is that, although it can strengthen learning, it also makes learning highly mutable. When we use permanent-sounding terms like “student achievement” and “student performance,” are we really talking about learning if we aren’t talking about it over time?

There’s something fishy about the way we regard high scores. It’s as though we completely ignore the possibility that mastery may not last. When we talk about learning, it always seems to be removed from time: if you’ve learned something, you’ve learned it for good. Learning is portrayed as an act of permanence, like earning a degree or winning an award. It can’t be undone.

But this is all wrong. Learning is highly changeable, just as memory is highly changeable. Good grades reflect nothing more than hard work and memorization over the course of a single school term. This may be enough if the student’s goal is to get into graduate school or earn a scholarship, but when she steps forward to receive her History degree, shouldn’t we expect that, in two years, she could give an informed overview of the Korean War if someone asked her to?

Learning just doesn’t work that way. And it’s not for lack of trying. The only reason expertise can promise a better discussion than general knowledge is that an expert, by definition, is always thinking about her subject.

The only thing we can be sure that straight A’s reflect is hard work over a particular period of time (unless, of course, a student isn’t being challenged). But that’s not enough to make an educated person.

How Can We Help Students Remember What They’ve Learned?

To improve retention, you need two things: storage strength and retrieval strength. The first means that the memory is locked into your brain’s long-term “storage” area, and the second means that you can summon the memory when you need to use it.

When students cram for exams, they are only holding onto the memory long enough to regurgitate it onto a test sheet. After that, unless they continue to study the material, the fading phenomenon takes over. Alternatively, if a student is certain that she knows a fact but can’t seem to summon it to the front of her mind (also known as the “tip-of-the-tongue phenomenon”), it means she hasn’t built a strong enough “retrieval cue,” to jog her memory.

Below are 10 ways you can help students strengthen their storage and retrieval:

Teaching students to review new material at different points over time, rather than all at once before a test, will make a huge difference in their learning process. In Willingham’s words, “It is virtually impossible to become proficient at any mental task without extended, dedicated practice distributed over time.”

Keep pupils learning after they know the material to prevent forgetting. A good rule of thumb is to put in another 20 percent of the time it took to master the material.

Memory is a muscle. Using it strengthens it. When information is successfully retrieved from memory, its representation in memory is changed such that it becomes easier to recall in the future. Students will retain information better this way than if they simply re-read passages of text or study notes.

Research shows that it’s most effective to expose a learner to multiple versions of the problem early in training.

People learn far more deeply when the information is discovered through a self-directed process of inquiry. This means letting students draw meaningful connections on their own, choose to examine the problems they find most engaging, and fully pursue questions and interests.

Grades do motivate students to learn, at least until exams are over. But they don’t inspire the kind of learning that sticks. Consider giving all your students an “A” at the beginning of the term and challenging them to keep it. Adopt a Pass/No Pass policy. Try something different to lets students know that judging them isn’t your top priority.

Easier said than done, no doubt, but even more important considering the research presented in this article. The more engaged a student is with new material, the better she’s going to remember it. A great way to boost engagement is to present material in different media. This also helps strengthen retrieval because it creates multiple contexts for the memory.

If a student can apply what he’s learned in a practical or even theoretical context, he’ll remember it for a longer period of time, partly because he can envision using it in the future. Try to tie in real-life scenarios, field trips, and projects as often as possible.

10. Forget the details to remember them.

This last one is sort of fun because there’s an element of irony in it. You’d think that focusing on the bigger picture would prevent students from remembering the details, but the opposite is true. When students understand the larger context associated with details, those details become more firmly locked in memory.

Too few school curricula are designed with these strategies in mind. Most teachers aren’t even aware of the research available on working memory, long-term memory, storage strength, and retrieval strength. Let’s do everything we can to apply these insights to our lessons on a regular basis and produce educated individuals.