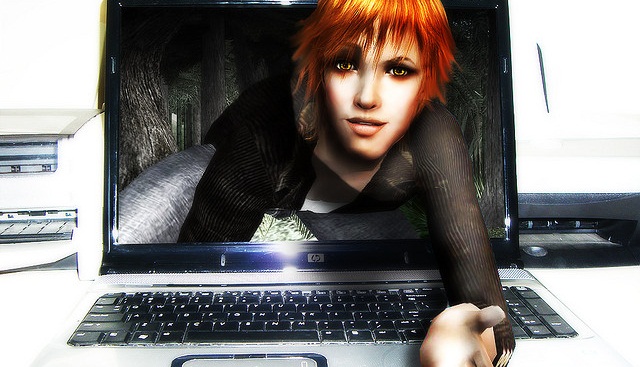 Editor’s Note: This is part one of Using Virtual Worlds to educate. You can find part 2 here.

It may sound like Science Fiction, but gone are the days when video games are the only way to experience a virtual reality.  Today, many industries are changing the way they approach training.  The futuristic worlds created by these environments replicate real life situations and provide unique teachable moments.

It shouldn’t surprise you that virtual worlds are becoming more sophisticated than ever before.

The Rise of Second Life

Second Life may be the most recognizable virtual world thanks to the extensive media coverage it has received in recent years.

This has led to an explosion of virtual spaces generally themed by interest or topic. This flexibility has also opened up various educational opportunities. For example, the platform has been used successfully to recreate archaeological sites, study languages, and facilitate field-specific training.  This space allows individuals to learn materials in a highly interactive, three dimensional format.

Virtual Training & the US Army

When it comes to training, the US Army takes no short cuts.  As an Army wife, I am no stranger to the extensive training schedule and dedication required.  Until now, much of the training has taken place in brick and mortar mock settings designed to replicate war scenarios.   While traditional methods are still the preferred means of training, the resources required for physical models can be limiting.

It has led the Army to pursue virtual training models.

According to the Army’s official homepage, soldiers at Fort Bragg have already begun using the new Dismounted Soldier Training System.  It provides a completely immersive training simulator.  Paratroopers of 82nd Airborne Division conducted simulated missions this July.  The systems will be widely distributed worldwide to army installations this year.

How did this begin you might ask?  It began with an initiative called The Federal Virtual World Challenge.  It was recently renamed the Federal Virtual Challenge to reflect a change in scope.  It is an open, global challenge that showcases the best implementations of/inside a virtual environment.

The U.S. Army Research Laboratory – Simulation & Training Technology Center calls for submissions each year to improve its virtual training. The expectation is simple: to improve the use of virtual worlds.

This year the Army is moving beyond virtual worlds.  It is calling for submissions related to critical thinking and navigation interfaces in a virtual environment.  As to encourage creativity, there are few parameter requirements.  The hope is to improve critical thinking:  the actions, problem solving, and progress of the user. An enhanced virtual model would allow soldiers to see how their physical conditioning and training can play a role in real combat situations.

A recent article in, National Defense Magazine suggests the hope is that the army will be able to create true “avatars” embedded with each soldier’s characteristics, attributes, and training skills.  Of course, the use of virtual technology raises moral implications as the technology gets more sophisticated.

In a compelling New York Times blog, soldier Tim Hsia questions the detachment this type of technology might create.  According to his commentary, “Air Force pilots operating aerial vehicles such as Predators and Reapers can now fly these drones while stationed stateside, within driving distance of their families.”  Virtual worlds are pushing all boundaries and bringing rise to ambiguous moral dilemmas.

But this development is not limited to the Army.  In fact, virtual training is gaining ground across different disciplines.  Student nurses at Birmingham City University are using “virtual wards” to treat patients. The funding for this initiative came from a UK organization called JISC, which explores the innovative use of digital technologies in education.

Other Universities are taking note.  The University of Illinois at Chicago School of Public Health created a Second Life platform to train emergency responders.   These virtual mockups have been used to recreate crisis or terrorist situations.  The initiative was backed by the Center for Advancement of Distance Education, whose goal is to advance learning innovation in the field of Public Health.  According to Northwestern University’s Medill Reports, CADE developed a pod game that drops the user into a public facility in the case of an outbreak.  Academics at the university feel the technology is changing the face of public health and bringing it into the 21st century.

But of course there are many cynics.  Some have associated virtual worlds with “just games”, not applicable to real life learning.  According to WebMD, certain video games may actually improve critical thinking.  A study published in Journal of Science Education and Technology, conducted by Constance Steinkueler of the University of Wisconsin-Madison explored this idea.

The use of collective thinking in virtual worlds, in itself, is interesting.  Collective groups tend to consist of a combination of individual thinking, rather than collaboration, or working together as a whole.  Perhaps the virtual world can create some separation to allow groups to interact differently.  Without letting “ourselves” get in the way so to speak, our own anxieties and emotions can be left aside while learning a new skill.  This can be especially helpful in new or high-stress situations.

Researchers want to see if gaming can be applied to scientific problem-solving skills and other disciplines.  In 2008, the Journal of Virtual World Research was established to explore the implications of virtual technology.  The field is still relatively new.  Further studies are needed to discuss efficacy and pedagogy of virtual worlds. Other organizations are preparing to use virtual training to educate police officers, doctors, and online students.

Virtual worlds are not limited to training either.  Many advocates are considering their application to helping those with disabilities or those confined by physical constraints.  Starlight Children’s Foundation uses virtual worlds to help emotionally support children and teens suffering from life changing illnesses.  The Starbright World provides a safe haven for teens to interact with others in the same situation.

The forum is a familiar one for Generation Y, who tend to be more accepting of new technologies and versed with different methods of communicating. And as a teacher, I have first-hand seen the positive response this generation has to technology-based learning.   The virtually simulated world provides support.

Studies by Fielding Graduate University have documented that the Starbright World made a difference:

Many children may no longer feel limited by their illness.  They can experience things beyond their hospital room or homes.  It would be amazing to see their application to counseling, especially for conditions that carry a stigma, such as alcoholism or PTSD.  The formation of a group has some special characteristics that can be replicated in this type of environment.

What is the greatest adversary to online worlds?  Fear.  Being afraid of technology can actually hinder educational progress.  How can we make online worlds more acceptable?  By engaging in them and spreading information.

However, with a technology savvy generation behind us, it is clear that virtual worlds will play a bigger part in our culture.

According to Wikipedia, the number of people using virtual worlds is increasing at a rate of 15% every month and this growth does not appear to be stopping or slowing down anytime soon.

There is no doubt that virtual worlds are here to stay.  With a new generation beckoning it may not be long before all of us have an avatar of our own.