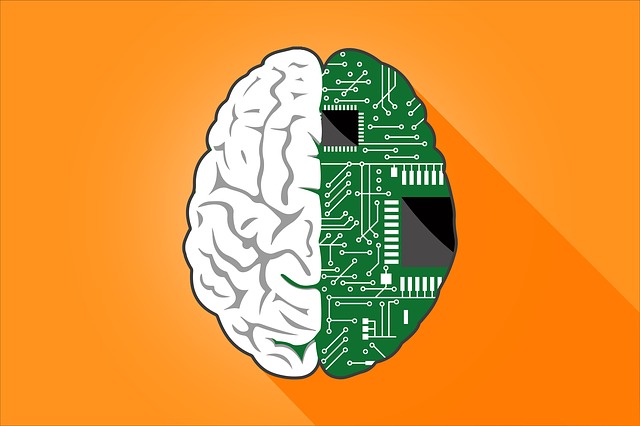 Digital technology has enriched our lives in countless ways, and both teachers and students now rely on it for everything from conducting research to collaborating with peers. Tech has also become a big part of our downtime, and this has blurred the line somewhat between work and play. For example, for most of us, it’s become second nature to check our emails while enjoying a meal with family or scroll through Instagram while studying for a test.

An unintended consequence of this increased reliance on digital technology is that it can influence the way we think, behave and interact with others.

Most recently, a study published in the Journal of the Association of Consumer Research demonstrated that having your phone in the same room, even if it’s switched off and you’re doing your best to ignore it, can reduce available cognitive capacity.

This phenomenon is what researchers call “brain drain,” because the mere presence of our phone can occupy limited-capacity cognitive resources. This makes it more difficult to devote attention to tasks like learning and decision making, and the more dependent we are on our devices, the higher this cognitive cost will be.

Nowadays, if you don’t know something, all you have to do is type a quick query into a search engine. But although this is certainly useful, researchers have also found that the more we use the internet to support and extend our memory, the more reliant we become on it and the less likely we are to form a memory of it.

Digital media is designed to provide instant gratification, and this can hinder our ability to exercise self-control. For example, one study found that frequent media multitaskers report greater impulsivity and sensation seeking along with poorer working memory performance. Another showed that greater investment in mobile devices correlates with weaker tendency to delay gratification.

Digital technology can even change the way we think, and one study from Dartmouth College showed that when we use digital platforms such as tablets or laptops for reading, we are more inclined to focus on concrete details rather than interpreting information more abstractly. Although this isn’t a bad thing per se, there are times when it’s beneficial to foster abstract thinking, so it’s important to be aware of how technology can affect our perceptions.

Researchers have found that the more distracted we are, the harder it is for us to feel deep emotions like empathy. One reason for this is that it’s easier to empathise when we can observe a person’s facial expressions, body language, and gestures, and this is difficult to do when you’re constantly looking down at your phone. A German study also found that compassionate people tend to spend less time on social media than those who are more self-centred.

A study by University of British Columbia researchers found that even minor phone use during a meal with friends was enough to reduce a person’s enjoyment. Participants who had their phones easily accessible during the experiment not only used them more than those who had put their phones away, but also reported feeling less interest in face-to-face interactions and deriving less enjoyment from the experience.

Digital technology’s effect on the brain is not all bad, however, and there’s also evidence showing that it changes the brain in ways that can be useful in our modern world. So here are a few of the more positive ways using technology can affect cognitive function.

Despite the bad reputation they’ve gotten over the years, research shows that video games can benefit our visual and decision-making skills, and even make us more detail-oriented. One study from Iowa State University showed that first-person shooter video games often force players to make snap decisions based on visual cues, which can boost decision-making skills and enhance visuospatial attention skills. Another study from the University of Rochester found that gamers are better able to detect contrast between objects in low-lit environments.

Another potential benefit of using digital technology is that it motivates us to share and create. In his book Cognitive Surplus: Creativity and Generosity in a Connected Age, author Clay Shirkey points out that the Internet has made it possible for us to engage with text, images and videos in a way that was never possible with television. Social media, he says, promotes a culture of sharing and because of this, we now feel more inclined to create and share our own work, whether it’s our photography, a blog post, or a DIY project.

Digital technology can even change the way we dream, and it turns out that in the 1950s, most people were dreaming in black-and-white. According to one study from Dundee University in Scotland, adults who grew up in households with black-and-white television sets were more likely to dream in black-and-white, whereas younger participants almost always experienced their dreams in colour. A follow up study from the American Psychological Association found evidence suggesting that true greyscale dreams only occur in people who have had access to black-and-white media.

Of course, given the potential downsides of constantly having our smartphones and other devices always at the ready, it’s important that we find a good balance between using digital technology constructively and keeping it in its place to avoid distractions and stay focused.

If you’re not sure where to start, here are a few ideas of things you can do to manage your use of digital technology.

1. Start with a digital detox.

Research shows that the more dependent we are on our devices, the more mental energy they will eat up. So if you find that you’re struggling to disconnect or notice that your thoughts tend to drift to your phone even when you’re not using it, a digital detox might be in order.

This might seem difficult to do if you’re expected to be online a lot for work or school, but just about anyone can afford to spend at least one day away from their devices. Taking a tech-free day is a great way to identify any time-wasting habits you may have formed and set some goals towards becoming more productive.

2. Set aside specific times in the day for email and social media.

Rather than allowing yourself to be sidetracked by the notifications and emails that will inevitably be streaming in throughout the day, set aside specific times throughout day for checking your emails, catching up on social media, and reading the news.

For example, if you’re expecting some important messages, you might decide to check your email every hour, but only log into social media or read the news during your lunch break. The rest of the time, or at least when it’s time to work or study, you should silence your notifications in order to prevent yourself from mindlessly checking your phone every time it buzzes.

3. Resist the urge to multi-task.

One of the biggest downsides of using digital technology such as smartphones and laptops is that these devices allow us to do multiple things at once. We might be checking our emails while simultaneously reading the news, shopping online, and listening to music.

But while you might feel like you’re being productive by tackling multiple tasks at once, research clearly shows that focusing on more than one activity at a time hinders our performance.

So if you want to kick this habit, put together a to-do list with everything that needs to be done that day and then make a conscious effort to engage with just one task at a time. Anything that isn’t on your list, provided it’s not urgent, can only be tackled once everything else has been completed.

4. Balance your use of technology with print.

Technology has made us more efficient in many ways, but there are still some instances where writing by hand or reading books could be beneficial. For example, writing by hand is thought to be better for brainstorming and can reduce distractions.

Of course, it’s not practical or logical to write everything by hand or ditch your laptop entirely in favour of textbooks, but there may still be cases where paper would better suit your purpose. For instance, since research shows that we tend to think more abstractly when reading from a book than a screen, if you know you need to be creative, you could make an effort to avoid using digital technology for that particular task. This might mean using a pen and paper to jot down your ideas, using print books rather than eBooks, or even printing out your reading materials beforehand.

5. Banish your phone when it’s time to focus.

Since simply having your phone near you is enough to distract you and consume precious mental energy, make a point of leaving your phone in another room when it’s time to focus.

If you need to use your phone, laptop or tablet to study or work, you can also try using an app that blocks distracting websites for a certain amount of time or allows you to set daily limits, such as Offtime, Moment, SelfControl, or AppBlock.

When it isn’t possible to leave your devices in another room while you work, some experts suggest taking recharging breaks every hour and a half. These breaks don’t have to be very long, provided you use the time to step away from technology entirely. For example, you could go for a quick walk, do some stretching exercises or try meditating.


What are some of the things you have tried in order to stay focused and avoid distractions when using digital technology? Let us know in the comments.