Studying online is a great option for those on the go, with jobs, children or other everyday responsibilities. The flexibility of online study is particularly favoured by the famous for its convenience and privacy. Here are 10 celebrities who chose to undertake a course online: 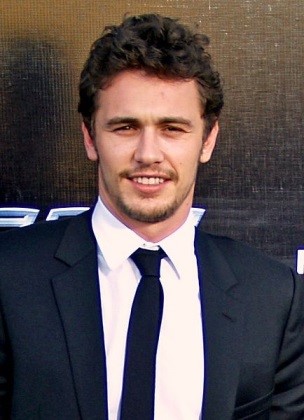 Known best for his acting, with roles in Pineapple Express, 127 Hours and Spider-Man, James Franco has had an amazing education for a freshman dropout. In 2006 Franco re-enrolled at UCLA receiving a BA, then attended grad school at Columbia in a Writing Program, the NYU Tisch School of the Arts in Filmmaking, Brooklyn College for Fiction Writing, Warren Wilson College for Poetry and most recently attained a Ph.D in English at Yale University and a Ph.D in Literature and Creative Writing at the University of Houston.

The famous, actor-writer-director is so passionate about online learning that he’s now interested in teaching an online course. Currently a Professor at UCLA teaching graduate filmmaking and screenwriting classes, Franco says “I teach at UCLA and USC and Cal Arts (universities) but I’m gonna do an online filmmaking class… UCLA and USC are two of the best film schools in the world and it’s hard to get in, it’s expensive, so I like the idea of also teaching people that can’t afford that or can’t get in.” 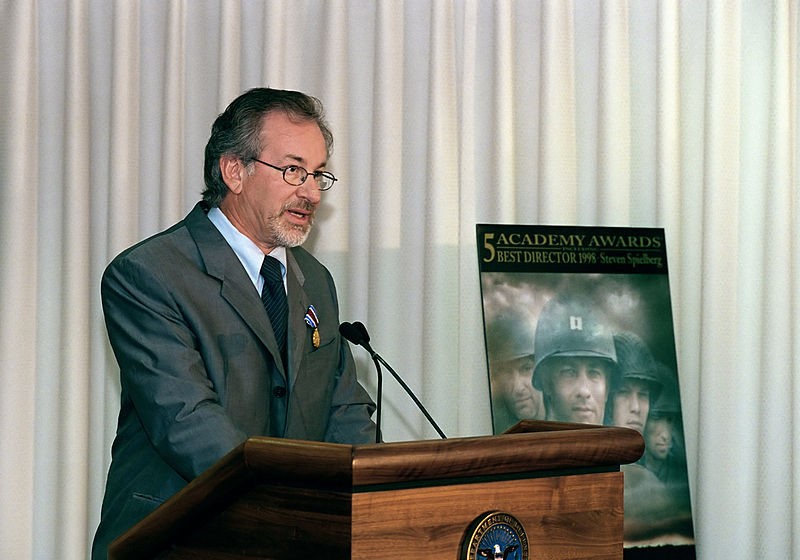 The Director of over 50 movies and TV shows, screenwriter, producer, co-founder of DreamWorks movie studio and 3 time Oscar winner is perhaps best known for Schindler’s List and Saving Private Ryan, Jaws, ET and Jurassic Park. In 1968 Spielberg dropped out of California State University to concentrate on creating films, however in 2002 he graduated from the same University with a BA in Film Production and Electronic Arts after finishing his study through independent projects and distance learning courses. The school accepted Schindler’s List in place of the required 12-minute short film needed to complete the course. 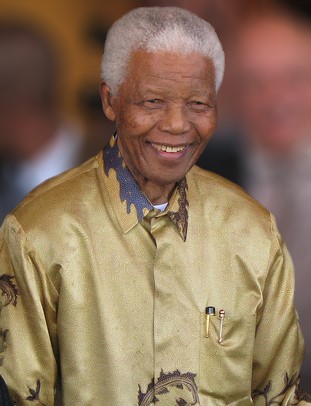 When working as a clerk in a Johannesburg legal firm, Nelson Mandela completed a Bachelor of Arts degree, correspondence style, through the University of South Africa. As no stranger to distance education, while incarcerated, the Nobel Peace Prize winner studied for a Bachelor’s in Law from the University of London’s External Degree Programme.

“Education is the most powerful weapon you can choose to change the world.” – Nelson Mandela

Most famous for her roles on Melrose Place and Desperate Housewives, Marcia Cross took online courses through Antioch University and obtained a Master’s in Psychology over a long stretch between filming Seinfeld, Melrose Place, Spin City and CSI, between 1997 and 2003 right before her gig as Desperate Housewife Bree Van de Kamp began in 2004. 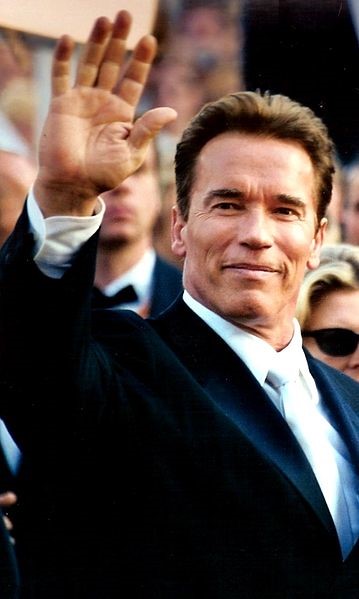 Mr. Universe, Mr. Olympia, Governor and super-star actor, Arnold Schwarzenegger is best known for his roles in The Terminator, Total Recall and Predator. Attending college courses as a recent immigrant to the US at Santa Monica College in the early 70’s, Schwarzenegger obtained a B.A. in Business and International Economics in 1979 through distance learning from the University of Wisconsin – Superior. 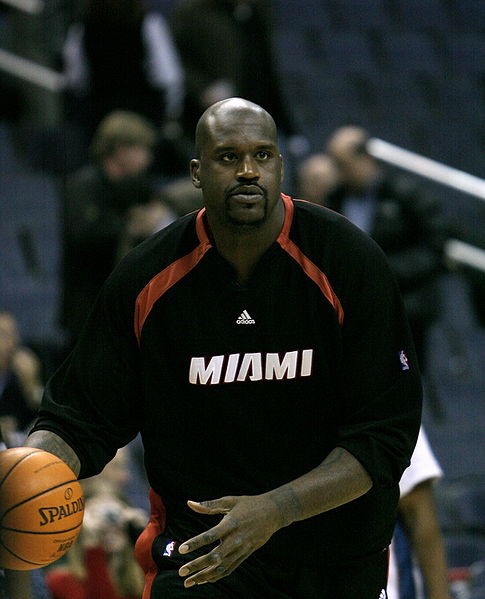 Dropping out of Louisiana State in his junior year but promising his mother to one day return, in order to play in the NBA, Shaq quickly become one of the greatest basketball players of all time. Keeping his promise, O’Neal obtained his BA through distance learning courses at LSU in 2000, went on to earn an MBA through online courses at the University of Phoenix in 2005 and most recently received a PhD in Leadership and Education at Barry University.

After obtaining his online MBA degree, O’Neal stated “Sports for me has always been, you know, fairy tale life. And this right here is real life. This right here means more.” The NBA star has also stated that “It’s just something to have on my resume when I go back to reality. Someday I may have to put down the basketball and get a regular job like everyone else.” 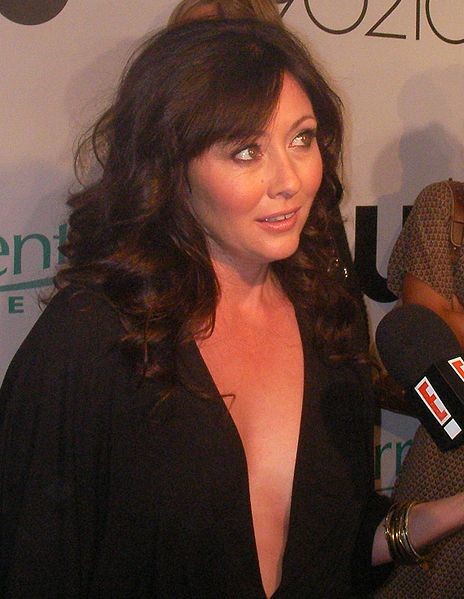 90210 and Charmed star, Shannen Doherty is currently pursuing a Liberal Arts degree through online learning and is the latest spokesperson for the college-matching site Education Connection. Doherty states on one of the EC advertisements that “Earning my degree online lets me study anywhere anytime, it’s like the world is slowing down so I can make better use of my day.” 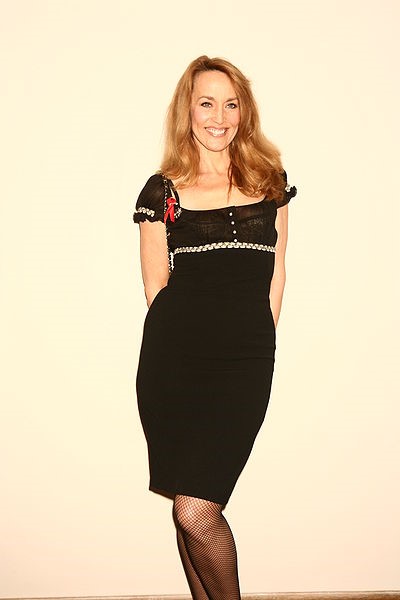 Model and actress, Jerry Hall is pursuing a University degree at the age of 45 to help convince her 4 children by Mick Jagger that education is more important than fame. Hall is currently studying to obtain a BA in Humanities with Open University. “I decided to study for a degree because I thought it would inspire my children to go to university and set a good example.”

By Nrbelex at en.wikipedia[see page for license], from Wikimedia Commons

After the launch of her own merchandising empire, clothing designer and tennis star, Venus Williams undertook a BS in Business Administration through an online course offered by Indiana University-East. According to the schools Director of Communications and Marketing, John Oak Dalton, “We had a lot of concerns about her privacy, but she’s actually the one who has made the overtures. She tweeted today ‘Go Red Wolves’ from her official Twitter, which was good because a lot of people thought we were making it up.  A lot of people though we just had someone else named Venus Williams that went to school here.” 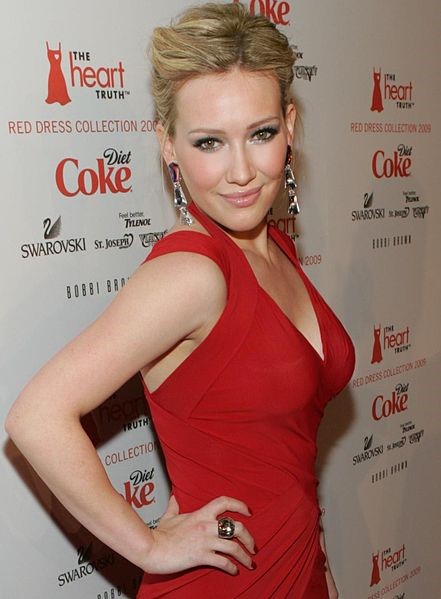 Actress, singer-songwriter and model, Hilary Duff is best known for her lead role as Disney’s Lizzie McGuire. She took online courses from her home in Los Angeles at Harvard University’s extension school, along with famous sister and oftentimes co-star Haylie Duff. Hilary Duff thought online learning was so great, she gushed about it on her blog stating “I’m taking on-line classes for Harvard University. Really cool! I am really excited about going back to school and the on-line classes are really cool!”