Why Silence Is Good For Your Brain 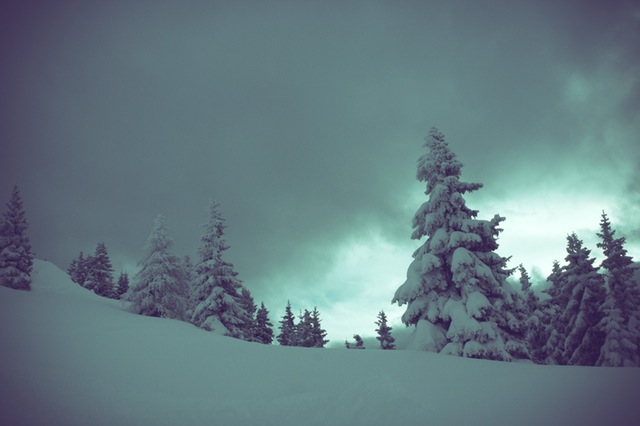 Silence has long been a prominent topic amongst poets, philosophers, and artists. In recent years it also has become a focus for neuroscientists and biologists, who are studying its effects on our bodies and health.

In our ever-connected modern world, silence has become a seemingly rare commodity. Think about it—when was the last time you sat in actual, total silence? Switching your phone to silent mode while playing Angry Birds does not count. We live in environments where we don’t even notice all the noise we’re subjected to 24/7. Silence has become something unusual, even uncomfortable, to many of us, and we try to fill the perceived void with noise as much as we can. We listen to podcasts while exercising and play music while we shower. We are constantly accompanied by background noise wherever we go.

The constant clamour we are exposed to has bad implications on our health. In 2011, the World Health Organization (WHO) even referred to it as a “modern plague.” In 1859, famous British nurse Florence Nightingale proclaimed that “unnecessary noise is the most cruel absence of care that can be inflicted on the sick or well.”

More than 100 years later, scientists have found proof that supports Nightingales passionate claim. In the mid 1900s, a team of epidemiologists found higher blood pressure in people who lived near airports or highways. Medical researchers have since found correlations between noise pollution and heart disease, and between sleep loss and tinnitus.

So if noise is bad for us, does that mean silence is good for us?

It certainly seems like our society has finally hit peak-noise. More and more people are flocking to silent meditation retreats around the world, to spend a week or 10 days in utter silence. No talking. No music. No reading. Not even exercise is allowed. How do these silent retreat organisers get hordes of people to sign up for their programs by offering them something we could seemingly get for free? Silence is so rare nowadays that people are increasingly prepared to pay good money for it. The tourism board of Finland even turned silence into its slogan for one of their most popular campaigns ever: “Silence, Please”. They realised the value of peaceful countryside for people in search of a break from constant noise pollution.

And they appear to be right. Over the last two decades, scientists from different fields have discovered positive effects that silence has on our health and especially, our brain. Science magazine Nautilus recently published an in-depth look at the latest research and, like so many discoveries, some of them were accidental.

He found that each type of music had a physiological effect, consistent with a state of arousal. But the most important discovery was made while nobody was paying attention: during the two-minute silent breaks between the songs.

They found that the silence was more relaxing than any type of so-called relaxing music. Even more interesting was the fact that it was more relaxing than the longer silent pause before the start of the study. So it seems the contrast between “noise” and silence is the most physiologically beneficial. Bernardi concluded that “perhaps the arousal is something that concentrates the mind in one direction, so that when there is nothing more arousing, then you have deeper relaxation.”

The take-home message, that the relaxing effect of silence is heightened in contrast with noise, is also supported by neuroscientists. Short bursts of noise prompt neurons to fire signals, and if the sound goes on for a period of time, the signals slow down. Studying the effect of noise on the brains of mice in 2010, Michael Wehr found that the opposite was true as well: When sound stopped, and silence started, a separate set of neurons lit up. Wehr concluded that “when a sound suddenly stops, that’s an event just as surely as when a sound starts.” Once the silence continues, our brain settles into a state of relaxed activity.

Some of the most interesting and promising research on the benefits of silence has been carried out on mice. Imke Kirste, a biologist at Duke University, has examined the effects of noise on the brains of mice, whereby silence is used as a control in between tests.

In one study, four groups of mice were subjected to different sounds: music, white noise, and the calls of baby mice. The last group was used as the control group, receiving two hours of silence. While Kirste found some positive results in each group, all of the neurological changes were temporary. In fact, it was the control group that showed the most drastic neurological changes. The mice who had listened to two hours of uninterrupted silence saw the creation of new brain cells. The area affected was the hippocampus, an area of the brain that is responsible for encoding new memories.

Growth of new brain cells doesn’t always mean there is an associated health benefit involved, but in the case of the mice the cells were actually turning into neurons. Kirste was optimistic: “We saw that silence is really helping the new generated cells to differentiate into neurons and integrate into the system.” If similar correlations between silence and neurogenesis (the growth and development of nervous tissue) can be found in humans, therapeutic applications for silence could be conceivable.

Silence Helps Us Think Outside the Box

In the late 1990s a team of scientists was studying the brain activity of people while taking part in various mental games, like word games and number puzzles. As expected, they found spikes in activity in the subjects during intense cognition in certain areas of the brain, but they also found negative spikes in other areas. This pointed to the presence of an underlying, background activity in the brain, which was the only thing that would cause negative spikes. It was best observed when the subjects were resting in a quiet environment doing nothing.

This background activity is also referred to as the brain’s ‘default mode.’ You can imagine it being like your phone in stand-by—it still uses up battery but it’s not actively being used.
This default mode is most obvious during periods of self-generated cognition, or what we’d call self-reflection. This includes day-dreaming, thinking about the future, letting our minds wander, and meditating. When we allow ourselves to disengage and relax, we are able to tap into our inner thoughts, ideas, and memories. The brain’s default mode lets us think deeply and creatively outside of the box.

Meditation is one of the best ways to bring stillness and silence into our lives. It has become increasingly popular over the last decades, so popular that business guru Gary Vaynerchuck predicts it will be the next big business wave.

Attaining mindfulness has become somewhat of a holy grail for overworked millennials. But the science is clear. People who meditate regularly over a period of many years seem to lose less grey matter than non-meditators. A recent study found that regular meditation leads to more folding of the cortex, which is responsible for fast mental processing. Meditators who practiced regularly for more than five years showed significantly larger volumes of grey matter, so meditation seems to make our brains grow.

All the science points in the same direction: Silence has various health benefits and we are just at the beginning of discovering them. In our over-connected fast-paced world, it is becoming increasingly important to unplug once in a while and let our bodies and brains relax. Or to put it in the words of Depeche Mode, “Enjoy the Silence”, your brain will thank you.