Can We Keep Girls Interested In STEM If We Make It Prosocial? 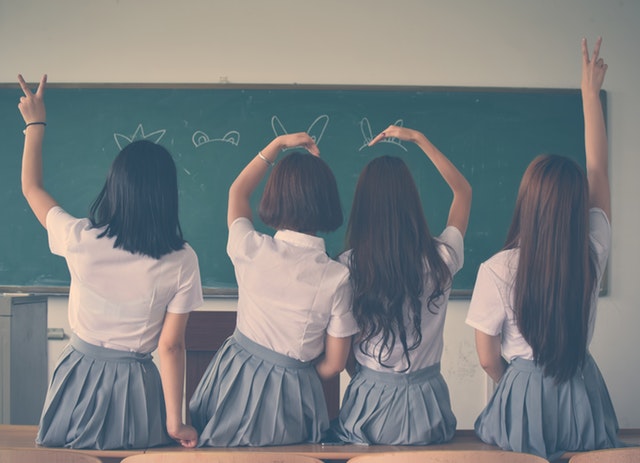 There’s a lot of talk these days about interesting more girls in STEM, and for good reason: In the U.S., only 25 percent of STEM jobs belong to women; in Australia, just 15 percent of women end up in technology or engineering. The gender gap in tech persists for multiple reasons, from societal gender norms to parenting to perceptions of STEM itself. But few seem to be considering a psychological or neuroscientific explanation for the STEM gap. In our fierce pursuit of gender equality, we could be ignoring some very real, very important gender differences that might help explain why this imbalance exists in the first place—differences that could, ironically, help us close the gap.

If our cultural image of a scientist is a solitary man or woman in a lab coat, spending hours peering through a microscope, or a lonely data analyst staring at a computer screen all day, it’s little wonder why girls tend to choose more prosocial fields like education, healthcare, and the arts.

In fact, a new study found that the STEM gender gap itself is unequal: Women in the United States earn more than 50 percent of undergraduate degrees in biology, chemistry, and mathematics while only 20 percent of degrees in computer science, engineering, and physics. Possible explanations, according to the researchers, could include a “masculine culture that signals a lower sense of belonging to women than men, lack of sufficient early experience with these fields, and gender gaps in self-efficacy.”

But there’s an additional pattern to be seen here: the perceived nature of the jobs in these fields. While biology and chemistry conjure up images of social-minded medical causes, computer science and engineering are not traditionally viewed as prosocial careers.

Cultural gender norms notwithstanding, there are significant differences in the male and female brain, and findings like these are crucial to understanding why there aren’t more girls in STEM.

For the University of Zurich study, participants performed an interpersonal decision task in which they made choices between a monetary reward only for themselves (selfish reward option) and sharing money with others (prosocial reward option).

Females not only chose to share more often than males; they also received a dopamine rush while doing so.

“We find that in females the dopaminergic reward system is more sensitive to shared than to selfish rewards, while the opposite is true for males,” the researchers write. “This conclusion is evidenced both by the pharmacological and neuroimaging data.”

The researchers conclude: “Sharing tends to be more preferable than acting selfishly for women, whereas, for men, maximising self-reward tends to carry more value.”

But that’s not to say society and culture can’t influence the brain as well.

While this study focused on adults, complementary research has confirmed that young girls are motivated by social rewards too—and this preference develops right around the time they start exploring their academic identity.

When Do Girls Lose Interest In STEM?

The latest findings indicate that girls are just as interested in STEM as boys until around the time they enter high school, when engagement drops sharply and doesn’t recover.

A Microsoft survey asked young women in Europe between age 11 and 30 about their views regarding STEM, and revealed that by age 15 girls have lost the interest they had at age 11. Another survey, led by Accenture and Girls Who Code, found that girls are more likely to be interested in computer coding in middle school but lose this interest in high school.

It’s not a mystery: This is the time when girls are experiencing significant hormonal changes that affect social behaviour. During puberty, girls become more empathetic, better at perspective-taking, and more motivated by social rewards.

“Connecting [with others] activates the pleasure center in a girl’s brain… we’re not talking about a small amount of pleasure. This is huge. It’s a major dopamine and oxytocin rush, which is the biggest, fattest neurological reward you can get outside of an orgasm… Estrogen at puberty increases dopamine and oxytocin production in girls. Oxytocin is a neurohormone that triggers and is triggered by intimacy. When estrogen is on the rise, a teen girl’s brain is pushed to make even more oxytocin—and to get even more reinforcement for social bonding.”

If socialising is so important to girls during the age they are supposed to choose a career path, why should we expect them to choose paths that appear to lead to isolation—like being a computer scientist, physicist, or engineer?

It’s time to change the way these professions are perceived.

How Is STEM Perceived?

“Research has shown that because of cultural beliefs and expectations, girls tend to be drawn to fields and careers where there is a clear link to helping people or making the world a better place,” says Jill Williams, director of Women in Science and Engineering at the University of Arizona. “This helps explain why medical-related STEM careers have greater female participation. In these fields, the link between science, math and technology and helping people is more obvious than in non-medical fields.”

But STEM is often marketed as “let’s blow something up or destroy something” when targeted at boys, says DaNel Hogan, director of the STEMAZing Project. That needs to change, she says: “Highlighting the way STEM careers can make people’s lives easier and make the world a better place are enticing reasons girls would pursue a STEM career.”

But it’s not just about making STEM a prosocial field; it’s about making the job itself, and the day to day activities associated with it, more social too. If you’re a female, chances are that becoming a computer programmer or mechanical engineer sounds about as appealing as isolated confinement, even if it’s for a good cause. Our perceived nature of the work itself, as well as the academic pursuit of it, needs to change.

Can We Make STEM More Prosocial?

One way to make STEM more appealing to girls is to make it applicable to real life scenarios, where it’s possible to imagine interacting with people to solve real-world problems.

This is confirmed by 2016 research showing that framing spatial tasks as social eliminates the gender gap in performance.

Margaret Tarampi and her colleagues at the University of California, Santa Barbara found that women performed worse than men on spatial tests involving only objects, but perform just as well as their male peers when the spatial tests included human-like figures.

In one test, the students saw a picture that included an array of objects, such as a house, a stop sign, a cat, a tree, and a car. They might be told, for example, to imagine standing at the cat, facing in the direction of the tree, while pointing to the car. Below that image, they saw a diagram of a circle with “cat” at the center and an arrow pointing to “tree”—they were asked to draw a second arrow to indicate the direction of the car.

Importantly, some of the students received a “social” version of the task, in which the starting point was a person instead of an object.

In the second test, the students were shown a map, with a path marked on it. They were told to imagine walking along that path and write an “R” or “L” at each turn, to indicate the direction they would be turning in. Again, some students received a social version of the test, in which a little person was shown at every corner.

In line with spatial stereotypes, women performed worse than men on the unmodified, “spatial” versions of the tests. But the gap in performance was completely eliminated when the tests were framed as social in nature.

Also in 2016, girls outperformed boys in a new national STEM assessment in the United States (The National Assessment of Educational Progress) which moved beyond multiple choice questions and focused instead on troubleshooting in real-world scenarios.

It’s possible that the nature of the test itself—more closely tied to real world scenarios where other people might be involved, making the challenge appear more prosocial—may have helped girls perform better.

One way to start spinning STEM as prosocial is for educators to bust some of the anti-social myths surrounding it. The University of California at Berkeley’s Understanding Science blog is a great place to start. One of their posts on “The Social Side of Science” explains that science isn’t a solitary pursuit:

“In opposition to its stereotype, science much more typically works something like this: After reading up on the recent work of other scientists studying animal behavior, a scientist in Brazil gets an idea for a new bird song experiment while playing a word game with her kids. She calls a colleague in Canada to discuss the idea and to find out where she can get the recording software she will need for the experiment. She then recruits a few students and a visiting researcher from China to work on the project, and they apply for funding. After they complete the study, the team writes up the work and submits it to a journal for publication.The journal sends it out to three different scientists for review: one in Japan, one in the U.S., and one in the U.K. The reviewers like the study but suggest some changes to improve the statistical analysis. The team makes the changes and the paper is published several months later. A graduate student in France reads the paper with his lab group, emails the Brazilian researcher to learn more about her experimental procedures, and comes up with a follow-up experiment. He recruits another graduate student and a professor to work on the project with him… and so on. Compared to its stereotype, real science is more complex—but also more human.”

Cultural and societal gender norms may be holding women back in STEM, but biological differences can help push them forward. Historian Mary Beard writes: “If women aren’t perceived to be within the structure of power, isn’t it power itself we need to redefine?” Let’s draw on her example to redefine what STEM looks like too.