5 Cognitive Advantages of People With ADHD 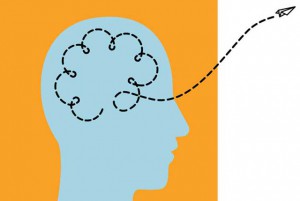 Attention-Deficit/Hyperactivity Disorder (ADHD) is a neurodevelopmental condition marked by a limited ability to focus, control behavioural impulses, and manage one’s energy. It affects around 7.2 percent of children and 3.4 percent of adults worldwide. Normally viewed as a disorder that stands in the way of efficient learning, ADHD may actually offer several cognitive benefits to those affected by it, according to experts.

“Children with ADHD can be highly creative and can spend a long time doing activities they love,” Australia’s Raising Children Network states. “Some children might enjoy using their energy on sport or dancing. They might also be more open to trying new things than other children. Finding positive ways for your child to use her energy can be good for her self-esteem and help protect her against mental health problems.”

Researchers have found that adults can benefit positively, too. Many high-profile CEOs, such as JetBlue Founder David Neeleman, cite having ADHD as one of the reasons for their success, reporting higher levels of creativity and motivation.

In both children and adults, there are cognitive benefits to having “too much energy” and “being easily distracted.” Let’s celebrate a few of these below.

Johan Wikilund of Syracuse University has found a positive correlation between ADHD and entrepreneurial success. Hyperactivity and impulsivity, in particular, contribute to more success as an entrepreneur.

Wikilund has been studying entrepreneurship for over twenty years. So far he has conducted a case study of 16 entrepreneurs with ADHD diagnoses, a survey of MBA alumni, and a survey of successful entrepreneurs. He has found that “ADHD symptoms are directly linked to behaving more entrepreneurially within [people’s] organisations, and positively linked to growth and performance.”

Mayra Mendez, PhD, of Providence Saint John’s Child and Family Development Center, suggests that, in some cases, having trouble focusing on one thing can also be seen as “flexible thinking.” People with ADHD appear to be better multi-taskers. Although focusing on a single task is crucial to learning, it’s worth noting that those with ADHD may have a leg up when it comes to cognitive flexibility.

People with ADHD are known to be more impulsive than most, making quick decisions without considering the consequences. Wikilund says this might be a good thing, however.

“Impulsivity is particularly interesting because it is such a negatively loaded word,” he says. “But it is impulsivity that triggers people with ADHD to act and take risks where other people would wait and see. They also tend to look at the potential gains rather than fear the potential losses, which helps them keep going and to keep coming back.”

The creativity advantage seems only to apply to idea generation, though, and not to pattern recognition:

“When adults were given other tasks to test creativity, such as one in which they had to find something in common amongst three seemingly unrelated items (such as the words mines, lick, and sprinkle) those with ADHD performed worse than those without it.”

People with ADHD tend to have trouble controlling their emotions as well, often reacting according to how they feel without filtering it first. Researchers say this could be a good thing in some cases, as “allowing ourselves to feel emotions as they happen helps us process them and prepare for the future.” Having what’s called emotional dysregulation, then, could be beneficial if those with ADHD learn to use it to their advantage.

None of this is to say that living with ADHD is not a challenge, but it may be time to reduce the stigma surrounding it. Focusing on the positive aspects of the condition may help us move toward solutions that strengthen skills rather than treat disabilities. Findings like these offer hope to parents, educators, and students whose lives are affected by ADHD.