Imagine this: You’re walking through the supermarket. It’s a rainy day. You’re cold and your clothes are slightly wet from the drizzle. Your child has a cold and didn’t sleep well last night. You are so exhausted you can actually feel your bones creaking.

With only 45 minutes to do the weekly shop before you’re due at an appointment, you are rushing through the supermarket. Then it happens.

A loud announcement comes over the PA system detailing a sale on BBQ chickens. Your child is absolutely terrified of loud noises. The announcement sets into motion an epic melt down, right there in the middle of the busy canned vegetable aisle.

You do your best to cajole your child, but nothing works, and they are getting more and more worked up.

Then you start to see the disapproving looks from other shoppers, the head shakes and not-so subtle or silent comments on your parenting.

One fellow shopper may even give you advice on how to properly parent, because after-all, without any background knowledge, they know what’s best for your child. 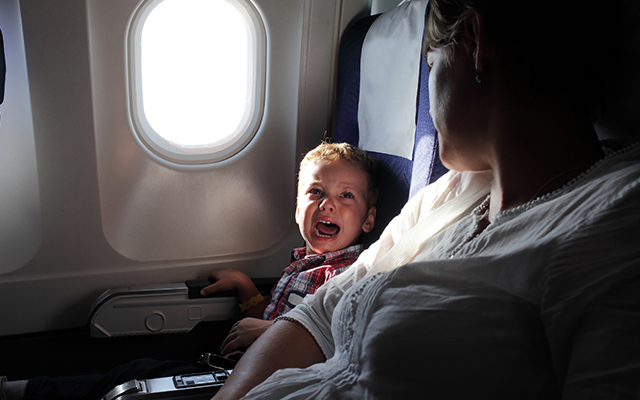 Most parents can relate to this type of situation. Times where others have judged them on their parenting.

And sadly, with the rise of social media, criticising parents is becoming more and more common. Stories of everyday parenting can travel continents in minutes, and anyone can have their say on your parenting skills. In a way it’s becoming almost like a sport for people, a way to pass the time.

It’s even got it’s own name: parent shaming.

What is parent shaming?

The loose definition of parent shaming is: “The act of criticising parents, even calling authorities, for actions that meant and caused no real harm”.

This type of shaming can surface over all aspects of parenting from breast feeding, to food choices and even what type of toys kids should have.

Some recent examples of parent shaming

Recently David and Victoria Beckham came under fire after an image surfaced of their four year old daughter with a dummy in her mouth.

People were outraged that the Beckham’s would let their child have a dummy, for a whole list of reasons ranging from potential dental issues to attachment problems they foresaw in her future.

Not one to stand for parent shaming, David Beckham came out with this response:

“Why do people feel they have the right to criticise a parent about their own children without having any facts? Everybody who has children knows that when they aren’t feeling well or have a fever you do what comforts them best and most of the time it’s a pacifier. So those who criticise, think twice about what you say about other people’s children because actually you have no right to criticise me as a parent …”

Reese Witherspoon also copped a whole raft of online hate for daring to feed her son (who is a picky eater) breakfast which contained sugar.

Devoted mum Jessica Alba was roasted over an image of her girls splashing in a pool, which some deemed unsafe.

Meanwhile, non-celebrity mum Emma Tapping was mercilessly savaged by the public after an image of her Christmas tree nearly covered with presents on Instagram went viral. 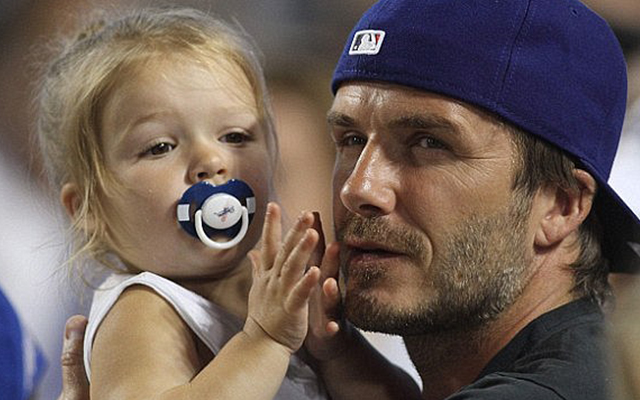 Why do people parent shame?

People get to feel superior

There is a certain element of superiority that people feel when they parent shame someone else. Critisising someone can validate their own parenting skills. It is a way of saying ‘My parenting is great and my child is fine, because I would never do this’.

This need to feel superior speaks to a deep insecurity over parenting. After all, being a parent is a job filled with fear and worry, and it begins from the moment that the test confirms pregnancy.

Shaming someone else on their so-called “flaws” allows people to feel a bit more secure that they’re “getting it right” and disaster will not happen to their child.

Once upon a time, if you wanted to criticise someone you would have to do it to their face. You would have to work up the courage to say the thing that was on your mind, directly to the person.

Nowadays, you can say whatever you want online or in social networking sites with a level of anonymity.

Online, you never have to work up the nerve to shame someone, you can do it quickly, easily and effectively with the tap of a few keys.

Sometimes really bad accidents happen. A mother takes her eyes off her toddler for a split second and they manage to get away and fall, or any other number of tragedies.

Toddlers and kids are magicians and ninjas. They can be in three places at the same time, and take a certain joy in escaping parents. They can also be single-minded when they want something. And parents are human. Sometimes they need to look in their bag for their keys, taking their eyes away for a few seconds.

Blaming parents for terrible accidents, and blaming them for things that we have all at one point done, allows us to feel like the world is within control. That with vigilance and perfect parenting, nothing will ever go wrong.

For some, parent shaming takes fear away and comforts people with the thought that bad things don’t just happen, people make them happen.

Competitive parenting exists and it is happening every day. Parents are constantly being measured against each other. As if a child’s achievements are a direct representation of the parenting they receive and on the parent themselves.

It’s an easy trap to fall into. Measuring your own worth against another’s to see if you come up short.

For some, it provides a measuring rod to see how well their child stacks up against others, to know that they are doing a good job because their child is succeeding. 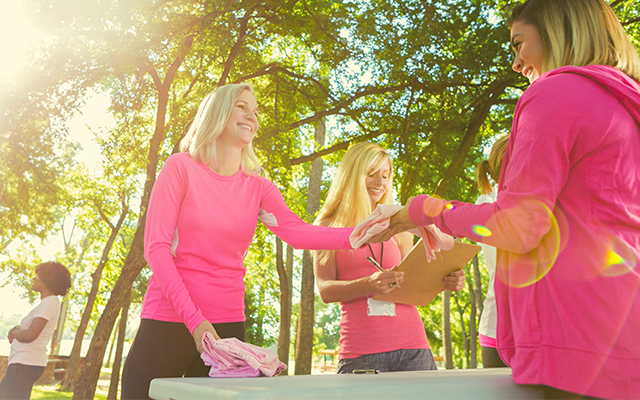 Because the internet is instant, people will often post things in the heat of the moment, not after they have time to stop and consider their words. This poor impulse control and instant access to an audience can have devastating effects.

Getting people to tow your line

We all like to have things our own way. Parent shaming is a way that people can impose their rules and “shoulds” onto others. What people should and shouldn’t eat, what they should wear, how they should educate their kids.

Parent shaming is one way to exert control over others.

How to stop parent shaming

Parenting is hard. For the most part people do the very best that they can with the tools that they are given.

It seems that the more pressure there is to be a perfect parent, the more people turn against each other and point fingers. 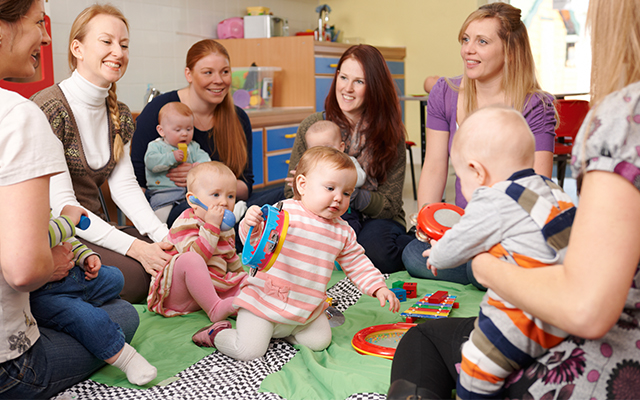 One of the best ways to quit parent shaming is to practice empathy. No one is the perfect parent. Everyone has those moments where they fall short. Everyone is tired, worried and stressed.

Instead of judging other parents, put yourself in their shoes. Practice understanding. Parenting is tough. Parents should be supporting each other, not looking for opportunities to pull each other down.

It could happen to you too

Everyone makes mistakes. Most people drop the ball once in a while. And everyone gets tired, sick, sad and cranky.

So when something happens that you feel the need to shame another parent over, realise it could have just as easily have happened to you.

How would you feel?

If you were parent shamed, how would you feel?

Before you say something, ask yourself: how would you feel hearing this about yourself?

Parent shaming achieves nothing. It stirs those that do it into a righteous rage and leaves its victims feeling terrible.

What it doesn’t do is change the situation, the child, or the parent. 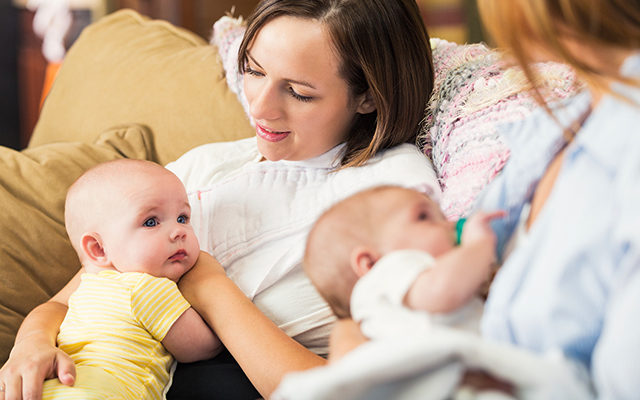 It’s time to make the change

Parent shaming can be easy to get caught up in, but it can have serious consequences. There’s a reason they say parenting is the hardest job in the world. Because, it is.

Regardless of your parenting style and likes and dislikes, parents should work to support each other, because who else but another parent is going to understand the fatigue, joy, fear, wonder, stress, love and humour that comes from being responsible for the life of another.

Do you enjoy helping people?

A Diploma of Counselling can give you the skills and knowledge you need to really make a difference in people’s lives. Study in your own time, at your own pace, and be the change you want to see in society.