By Marianne Stenger January 11th, 2014 No Comments Other

Each step forward in one’s educational career means passing another series of tests and exams, but schools are often criticized for placing too much emphasis on preparing students for standardized tests and not enough on helping them develop the skills that will carry them through a lifetime of learning. 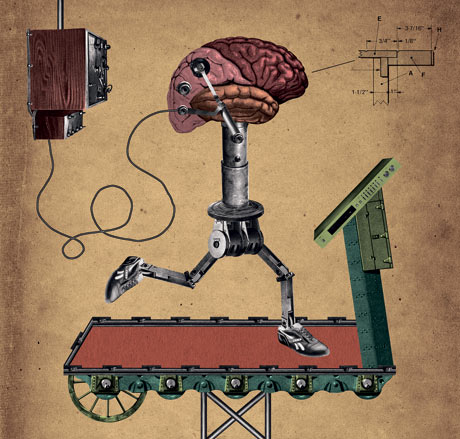 A new study by MIT neuroscientists has highlighted the issue once again; showing that passing a test doesn’t necessarily mean a student has the tools they need to succeed.

Standardized tests are, of course, designed to measure students’ knowledge and determine whether they have acquired the necessary expertise to move on to the next stage.

This factual information, such as knowing that words like “knowledge” and “knack” start with a K and not an N, for example, is what psychologists call ‘crystallized intelligence.’

But the MIT study showed that educational practices designed to raise knowledge and boost test scores do not improve ‘fluid intelligence,’ which is the ability to think logically and analyse abstract problems – clearly a rather important skill for learners to develop.

The study looked at 1,400 eighth-graders from traditional, charter and exam schools in the Boston area.

It found that despite the fact that some of the schools had successfully raised student test scores, students still showed no improvements in performance when tested on their fluid intelligence skills, such as working memory capacity and speed of information processing.

“It doesn’t seem like you get these skills for free in the way that you might hope, just by doing a lot of studying and being a good student,” says the study’s lead author and professor of brain and cognitive sciences, John Gabrieli.

Surprisingly, though, when it came to fluid cognitive skills, schools accounted for less than 3% of the variation for all three skills (working memory capacity, speed of information processing, and ability to solve abstract problems) combined.

So if traditional methods of teaching don’t seem to have much effect on fluid intelligence, what recommendations are there for helping students develop these important skills?

“We and others are researching that topic,” says Gabrieli.

“There have been some promising findings regarding the enhancing of fluid cognitive skills, and all of these involve exercises that directly target those skills. Some use computer-based training programs and others use teacher-supported game playing exercises.”

He points out, however, that no program has shown consistent benefits, and it remains a research effort at present. As to whether or not fluid intelligence and crystallized intelligence are both equally important for students to develop, Gabrieli notes that this too is still in the research stages.

“It seems best for students to have a broad range of cognitive skills, but there is no real evidence about their relative importance,” he says.

“Typically, these two kinds of intelligence are quite correlated, perhaps reflecting that common factors like supportive home environments, schools, nutrition, genetics, etc. tend to promote or discourage both kinds of abilities.”

The researchers stress that their study should not necessarily be viewed as a criticism of schools that are working to improve student test scores, or of testing in general.

The benefits of testing have been widely reported, with studies showing that frequent testing and the immediate feedback it leads to can improve learning and increase attention and retention.

“There is compelling evidence that testing is a valuable diagnostic tool and also an effective tool for learning information,” notes Gabrieli.

He hopes that their findings will encourage educational policymakers to consider other practices that enhance cognitive skills, because although several studies show that fluid intelligence skills can predict academic performance, such skills still receive little attention in school.

“Schools can improve crystallized abilities, and now it might be a priority to see if there are some methods for enhancing the fluid ones as well,” he says.

Interested in neuroeducation? Check out our learning strategies interactive infographic.