Educators Are Ditching Traditional Conferences for Blogs and Twitter

By Marianne Stenger July 6th, 2014 No Comments Other 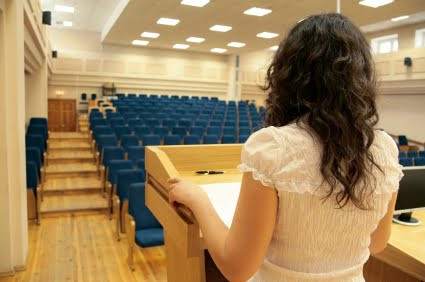 Self-directed has become quite the buzzword in education lately, and there’s no doubt that technology has played a major role in its prominence.

Where educators once had to rely on meetings, workshops and conferences that were held a couple of times a year at best, they now have a host of online tools and platforms that enable them to interact and collaborate with other teachers anywhere in the world virtually 24/7.

A recent report by Pearson and the Babson Survey Research Group shows that faculty use of social media for professional development has increased steadily over the years, with more teachers building their own personal learning networks (PLNs) using blogs and other sites like Twitter and LinkedIn.

The survey showed that 55% of faculty now uses social media in a professional context, compared to just 44% the previous year. Their use of social media is also becoming more sophisticated as they match different sites and tools to their varying professional and personal needs.

“Faculty are not only expanding their use of social media, but also becoming more sophisticated in their use,” noted Jeff Seaman, co-director of the Babson Survey Research Group.

“We see steady growth in adoption year over year,” he added.

Twitter has become one of the most valuable tools for today’s educators; giving them a place to share their views, get snippets of information relevant to their area of teaching and stay up-to-date on the latest trends and developments in education.

Once educators have built up a professional network through platforms like Twitter, their next step is to learn more about the people they interact with and learn from online, and this is where blogs come in.

By using RSS feed readers, educators can easily keep up with new blogs posts from peers they follow in other social spaces, allowing them to engage in a way that isn’t always possible with a fast-moving Twitter stream.

“I use a variety of social media outlets to both seek information, and disseminate information,” says Dr. Amy B. Hollingsworth from the Department of Biology at the University of Akron.

“I use Twitter to follow other science teachers and professors, and information sources like Edweek and Education Technology to get the latest science news,” she explains.

“I have my own website where I give away worksheets, videos, and assignments I create to help other science teachers, and I also have blogs aimed at helping graduate teaching assistants learn to teach, and to showcase my scholarly writings.”

One issue educators have with traditional forms of professional development is that they take everybody in the same direction; at conference on Educational Technology, for example, attendees are essentially all going to learn the same thing.

In an online environment, educators tend to be exposed to a wider range of topics and viewpoints, and the feedback is immediate. Teachers can connect with experts on any topic or get advice from their peers the minute they come up against a problem.

Tighter budgets also mean that fewer schools can afford to send teachers to conferences and workshops.

“Traditional conferences had their place as ‘meetings of the minds,’ before the time of Skype, FaceTime, Google Groups, Facebook, and Twitter,” says Hollingsworth.

“The only way academics or a group of teachers got to network and meet each other was at these regional conferences. This was often paid for by universities or schools, to professionally develop their best people.

Now, with technology being so prevalent and budgets going to iPads, videoconferencing and webinars, these conferences are mostly social events.

Most of the people I find who are attending conferences are the ‘old school cliques’ of professors and eduwonks who thrive in this “meet and revel at the feet of the best” culture,” she says.

“That’s just not how science and education are going to work in the future. Those of us who can collaborate virtually will win out with our 21st century skills.”

Of course, it’s important to note that there are also downsides to relying heavily on social media, blogs or particular websites for professional development.

For one thing, the ability to customize what information is received through Twitter streams and RSS feeds means it’s easy to get a somewhat one-sided perspective, and of course not all sources of information are equally credible.

“All these sites and forums can make you think that all of education is one thing,” says Hollingsworth.

“For example, there is a Facebook forum for teachers where all they do is complain about The Common Core. They have new reasons to hate it, new conspiracy theories, and new rants every day,” she explains.

“Some blogs give you hints on how to improve, but others are creating a resistance that is really hurting everyone’s education and some make opinion seem like fact.

Someone like me – who has an understanding of how elementary school, secondary school, higher education, educational research, and politics and budgets work – can look at blogs or forums in a well-educated way.

But many teachers, unfortunately, don’t have this ‘bigger picture’ understanding of what happens outside of their own school, town, or state,” she says.

Despite the potential drawbacks, however, there is no doubt that professional development will continue to become increasingly individualized and self-directed.

Most educators no longer feel the need to rely on conferences or pre-packaged lessons, and have taken their learning into their own hands.

“Every educator still loves to travel and wonder at the experts in their field, to feel the excitement of hearing the latest and greatest of new ideas,” notes Hollingsworth.

“But we have new immediate ways of accessing those experts, like being their friend on Facebook, following them on Twitter, or hanging out with them on Google, which makes the travel a perk that may soon go away.”