Why You Should Choose To Learn the Hard Way

By Marianne Stenger July 19th, 2014 No Comments Other 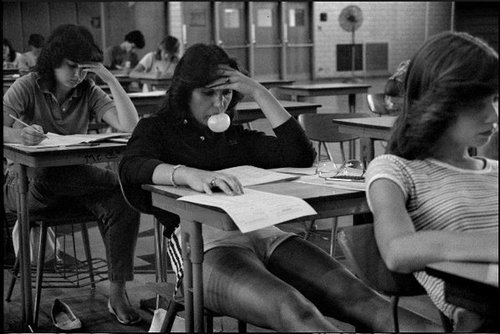 “You don’t want to have to learn the hard way,” is probably one snippet of advice that you’ve heard all too often from well-meaning parents, friends, aunts or co-workers.

But while this may certainly be sound advice in some cases, research suggests that “the hard way” can at times be a more efficient teacher, and letting students struggle before offering guidance may lead to deeper conceptual understanding and the ability to transfer what was learned to new problems.

This phenomenon has been dubbed “productive failure” by instructional technology specialist and researcher Manu Kapur from the Learning Sciences Lab (LSL) at the National Institute of Education in Singapore.

Kapur explains that although it’s unlikely that students will be able to solve problems that require an understanding of concepts they haven’t learned yet, the process of generating sub-optimal or even incorrect solutions can be productive in preparing students to learn better from the teaching that follows.

“Failure provides information of what is working and what is not, thereby creating an awareness of what is missing. It also helps learners notice what is important, which can lead to better conceptual understanding,” says Kapur.

“We have found that failure can also be beneficial because it generates an interest in finding the correct solutions,” he adds.

To test the idea of productive failure, the researchers studied two groups of students that had been tasked with solving several mathematical problems.

One group was provided with plenty of instructional support and feedback from the beginning, and students in this group eventually arrived at the correct answers with their teacher’s help.

In the second group, the students were encouraged to look for solutions to the problems by collaborating with one another, without help or feedback from the teacher.

Although this group of students wasn’t able to complete the problems correctly, the time they spent analyzing the problems helped them to think about the deeper structure of the problems, and what some potential solutions might look like.

When the two groups were later tested on what they had learned, the researchers found that students from the second group significantly outperformed those in the first group.

Considering the potential benefits of allowing students to struggle, Kapur suggests a rather novel approach to teaching and learning; namely “designing for failure,” or in other words, intentionally setting things up in such a way that learners will need to fail before they can succeed.

Of course, he also cautions against making things too hard for learners, which could backfire and discourage them from trying at all.

His advice for effectively designing for failure is to challenge but not frustrate, provide opportunities for learners to explain and elaborate on what they are doing, and allow them to compare good and bad solutions.