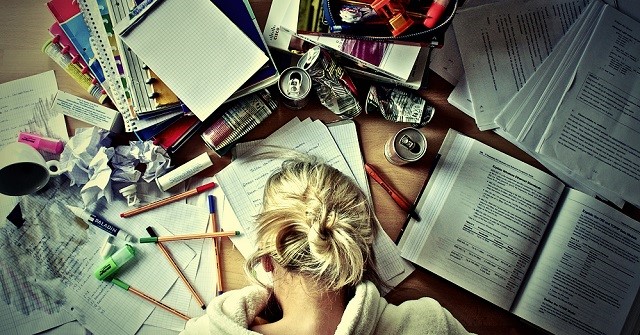 It is generally thought that learning is best done in an uncluttered and organized environment, but although tidy surroundings do provide certain benefits, new research suggests that a disorderly environment could be more conducive to creativity.

The study, published in the journal Psychological Science, found that while a tidy desk promoted good behavior such as healthy eating and generosity, a messy desk promoted creative thinking and encouraged new ideas.

To test this theory, the researchers conducted a series of experiments involving participants in both organized and disorganized rooms.

“We observed a previously undocumented effect—that cues of disorder can produce highly desirable outcomes,” they note.

One experiment required volunteers to complete unrelated questionnaires for 10 minutes, after which they were given the opportunity to donate money to a charity. Those who had spent time in the orderly room chose to donate more than twice as much as those from the messy room.

In a second experiment, the researchers asked participants to help a company develop up to 10 new ideas for possible uses for the ping-pong balls it manufactured. These ideas were then scored for their level of creativity by two impartial judges.

A third test, designed to determine whether the environment can also influence outcomes that don’t involve widely valued behaviors such as donating money or eating healthily, showed that people in disorderly rooms were more likely to favor new ideas over conventional ones.

“Just making that environment tidy or unkempt made a whopping difference in people’s behavior,” commented professor Kathleen Vohs, the study’s lead researcher, in a news release.

Early findings from further research suggest that the tidy vs. messy effect might even transfer to the Internet, for example, in the organized or cluttered design of a web page.

“We are all exposed to various kinds of settings, such as in our office space, our homes, our cars, even on the Internet,” said Vohs. “Whether you have control over the tidiness of the environment or not, you are exposed to it and our research shows it can affect you.”

To learn more about how your setting affects learning, check out our article on learning environment.