By Marianne Stenger June 29th, 2014 No Comments Other 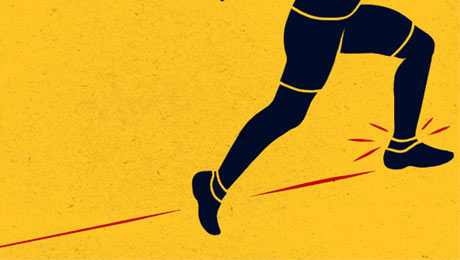 We’ve covered the achievement gap several times in InformED. Low income students tend to be at risk of falling behind due to the absence of stability and lack of support at home.

Numerous interventions have attempted to address this issue, with varying results, but recently a study uncovered one of the most unorthodox solutions yet.

According to research from Dartmouth College, just 12 minutes of aerobic exercise before a study session can boost the academic performance of at risk students, and the effect is significant enough to close the achievement gap.

Studies have long shown that exercise can boost cognitive function and even promote the growth of new brain cells, but few schools have incorporated it into their lessons on a daily basis.

“The field of education is in need of research-based interventions that are low in cost and easy to implement in low-income communities,” write the researchers in their report.

“Based on the results of this study, we encourage the implementation of an acute session of aerobic exercise as such an intervention.”

To study this, the researchers separated 85 students between the ages of 17 and 21 into high and low income groups. When initially tested, the low income students lagged behind on reading comprehension and selective visual attention, which is an essential component of academic learning.

Both groups were then asked to jog in place for 12 minutes, while the control groups watched an educational movie clip about the benefits of aerobic exercise. After this, the students were tested again, once immediately after the exercise and once 45 minutes later.

Since 45 minutes is a common length for many high school and college classes, the researchers note that engaging in just 12 minutes of aerobic exercise just prior to a class could result in improved attention throughout the duration of the class.

The researchers speculate that it could be that the low income students simply had much more room to improve, but also point out that chronic stress could play a role here, as low income adolescents tend to experience more chronic stress, which exercise is known to reduce.

So, next time you’re feeling stressed out before an exam or need a quick boost of attention before a study session, why not jog around the block or hit the treadmill for a few minutes?