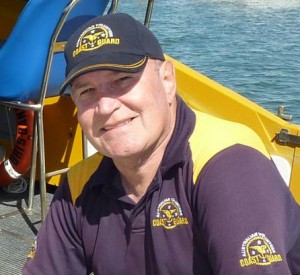 “I want to say thank you for all the assistance, guidance and feedback you’ve given me. I didn’t expect to learn half as much from the course as I have.”

This is an excerpt from a letter by an appreciative graduate of our Certificate in Professional Scriptwriting to his trainer. While it is not unusual for trainers to receive such letters, this particular trainer is unusual.

Harvey Shore is very well qualified for his calling. He has enjoyed a celebrated film and television career as a producer and scriptwriter, covering more than 30 films and 60 television shows. His work has won five Logie Awards and two AFI Awards, among others. He is also a long-time professional PR consultant. Currently he is Head of Media and Public Relations for Coast Guard Brisbane, and he writes a regular column for his local newspaper.

You will not be surprised to know that Harvey Shore is a trainer for our Certificates in Public Relations & Events Management and Professional Scriptwriting.

Harvey, who has worked with Cengage Education since 1989, has developed very effective measures for managing the distance learning experience.

“I work hard to personalise the learning process by encouraging students to contact me (and I always reply with detailed written commentary); and to discuss concerns and issues with their colleagues through the Student Portal. In addition, I keep the course material contemporary – introducing the latest issues and evolving best practice wherever possible.”

Harvey Shore would not regard this effort as “heroic” but his efforts with Coast Guard Brisbane during the recent floods have earned him this title. In June, he was officially declared a Hero by the State and Federal governments – winning a Disaster Hero medal, and adding the rare Queensland Flood and Cyclone Citation to his list of awards.