Gauging G+ Classrooms: How Teachers Can Go Beyond the Realms of Social Media 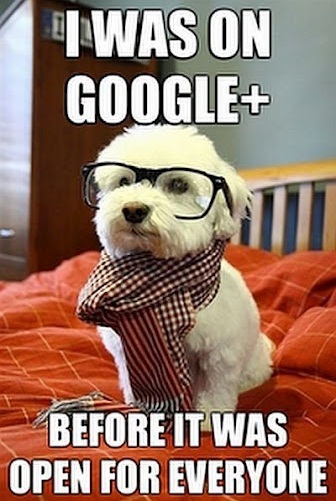 Jason Tomaszewski, an associate editor for Education World, recently wrote an article on Google+ virtual classrooms.  He outlines the advantages to G+ videoconferencing hangouts; a multiple user free video chat that has expanded the capabilities of earlier prototypes like expensive business video conferencing software and the two-user Skype software.

With Google’s free and open registration, anyone (including entire classrooms) can benefit from this new technology without paying a penny.

Anyone with a G+ account can join or start a hangout. Up to ten users at a time can see and communicate via video chat. Others can join in to listen or watch passively. In addition to seeing the other person, users can also share files as well.  Essentially, Google+ hangouts create a virtual classroom where the only senses not engaged are touch and smell. People can talk, see each other, share information, and hold group discussions.

Some education professionals balk at the idea of using social media in the classroom. Participating in social media is often seen as a mindless and voyeuristic waste of time, distracting students from real study and education.

But the world is changing through social media. News agencies are growing increasingly aware of how Twitter has become the most up to date way to receive breaking news. It is a matter of choosing whether to work with it or against it. For schools, harnessing the power of social media for the betterment of the educational process is a smart way to go. Social media is not a fad that is simply going to go away.

For schools that are often looking down the barrel at budget cuts and lack of funds, G+ hangouts are free. The accessibility of the software cannot be overlooked. With Gmail as one of the most popular email accounts, nearly every student will have a family member who uses Google regularly. Setting up a profile takes minutes.

It is also easy to use. The intuitive interface requires no fancy understanding of code or complicated software. With just a few clicks, the hangout is up and running.

Why using G+ broadens the educational potential of a virtual classroom

Prior to the invention of the Internet, student’s access to expert scientists, authors, and other key figures was limited. Most schools could not afford to regularly fly out special guests to speak with students. Google+ changes this possibility. For example, a well-known political representative could give a speech on G+ with all the students listening in. Several might even have the opportunity to ask questions or start a lively debate.

The same goes with school-to-school collaboration. In the past, it was difficult to have two different classrooms in separate schools working on a project together, since it would require regular field trips (costing a lot in terms of time and money).

A G+ hangout easily builds a bridge between two classes in different schools. They can collaborate on a statewide project, hosting weekly video chats to share ideas, post updates, and plan new strategy. By the end of the year, many of these students will have formed virtual friendships with students they might never have known otherwise.

G+ hangouts open wide the possibility for international experience as well. Pen pals have long been a fun and educational way to connect with someone from a different culture, but with G+, students can practice speaking in the other person’s language to their pen pal.

“Why don’t more schools use Google+?”

Fear hinders creative potential. Until the stigma of social media changes from a “time waster” to a legitimate tool of connection, administrators and educational professionals will resist the concept of G+ in the classroom.

People need instruction on the way G+ works, how privacy is handled (security is a great concern in school systems), and how simple it is to work and set up. Those who do step out and try integrating G+ into the classroom need a platform to showcase their experiences and findings to those who are more reluctant.

The possibilities are endless. G+ is a tool with powerful potential to change the way educators create teams, collaborate with others, and build connections around the world. How long will it take before G+ hangouts are a standard part of every classroom’s curriculum?