Creativity Is Declining Among Teenagers, With One Exception (And What It Says About Our Education System)

By Saga Briggs June 1st, 2014 No Comments Other 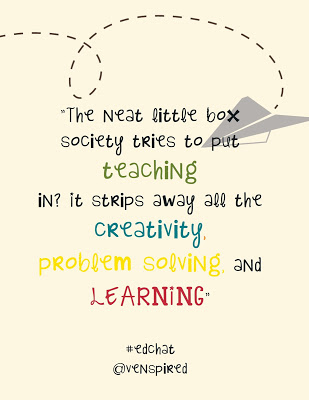 New research from the University of Washington Information School and Harvard University has found that some aspects of creativity — such as those employed in visual arts — are gently rising over the years, while other aspects, such as the nuances of creative writing, are declining.

Along with a team of researchers, UW Assistant Professor Katie Davis studied 354 examples of visual art and 50 examples of creative writing by teenagers published between 1990 and 2011. The question they pursued, Davis said, was “How have the style, content and form of adolescents’ art-making and creative writing changed over the last 20 years?”

The artwork came from a monthly magazine for teens, the writing from a similar annual publication featuring student fiction. The researchers analyzed and coded the works, blind as to year, looking for trends over that time.

The review of student visual art showed an increase in the sophistication and complexity both in the designs and the subject matter over the years. The pieces, Davis said, seemed “more finished, and fuller, with backgrounds more fully rendered, suggesting greater complexity.” Standard pen-and-ink illustrations grew less common over the period studied, while a broader range of mixed media work was represented.

Conversely, the review of student writing showed the young authors adhering more to “conventional writing practices” and a trend toward less play with genre, more mundane narratives and simpler language over the two decades studied.

Davis acknowledges the fact that creativity is difficult to measure, noting that “there really isn’t a standard set of agreed-upon criteria to measure something as complex and subjective as creativity,” but certain agreed-upon markers — such as complexity, risk-taking, and breaking away from the standard mold appear to have changed.

While these findings could provide teachers with the inspiration they need to improve their pedagogy, Davis isn’t convinced they have the freedom to do so.

She and her colleagues spoke with several veteran teachers of visual arts and creative writing. While visual arts teachers expressed optimism about digital tools for artistic production and the expanded sources of inspiration that the internet provides, writing teachers focused less on digital media and more on the constraints that today’s standards-based, teach-to-the-test educational environment has placed on creative expression through writing.

“When the focus is squarely on writing a five-paragraph essay in order to pass a test,” Davis says, “there’s little room for youth to take creative risks in their writing. Unfortunately, it’s unlikely that this state of affairs is going to change anytime soon. With Race to the Top and Common Core, the trend seems to be towards even greater emphasis on standardization and high-stakes testing.”