By Marianne Stenger November 2nd, 2014 No Comments Other 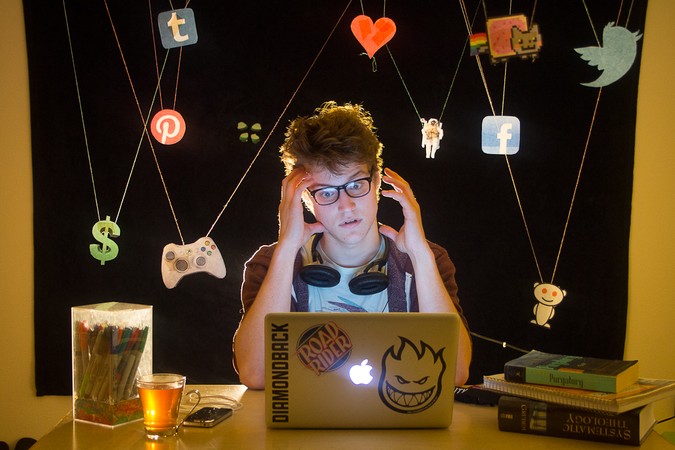 We all battle distractions on a daily basis, and you probably know what it’s like to settle in to finish an assignment or study for an upcoming exam only to find that ambient noises that were hardly noticeable before suddenly seem hugely distracting.

For those who study from home where kids, phone calls, and other distractions are always nearby, staying focused on the task at hand can be even more of a challenge.

However, new research has uncovered an unlikely solution to the distractions that plague us in noisy learning environments – making tasks harder.

The study, led by Niklas Halin from the University of Gävle in Sweden, found that increasing the difficulty of tasks we are working on can reduce distractibility, because it helps us to focus only on the information we need.

Previous research has highlighted the benefits of so-called “desirable difficulties,” showing that introducing certain difficulties into the learning process can improve long-term retention of material. Until recently, however, the short term benefits had not been recorded.

“Making a task more difficult can sometimes facilitate memory and problem solving by leading people to deploy deeper processing strategies, with better performance as an outcome,” write the researchers in their paper.

“Our results highlight the potential benefits of desirable difficulties also in the short term, especially in noisy work environments.”

To study these short term benefits, the researchers asked 32 students to read a series of short texts. Some students read with background noises that resembled some of the auditory distractions we encounter in our daily life, while others read the text in a quiet environment.

It soon became clear that the background noises impaired the students’ memory. However, this was only the case when the text was easy to read. When it was difficult to read, they actually performed better than they did with the easier font.

“One interpretation of these results is that the participants compensated for the greater demand on reading by concentrating harder and thus engaging more with the task,” note the researchers.

So, next time you find yourself struggling to concentrate on your studies because of kids yelling in the background or a housemate catching the latest episode of Game of Thrones in the next room, try upping the level of difficulty by switching fonts or mixing up your learning material so that it’s less clearly organized.

The full study, A Shield Against Distraction, has been published in the Journal of Applied Research in Memory and Cognition.