Women In Leadership: What’s the Status? 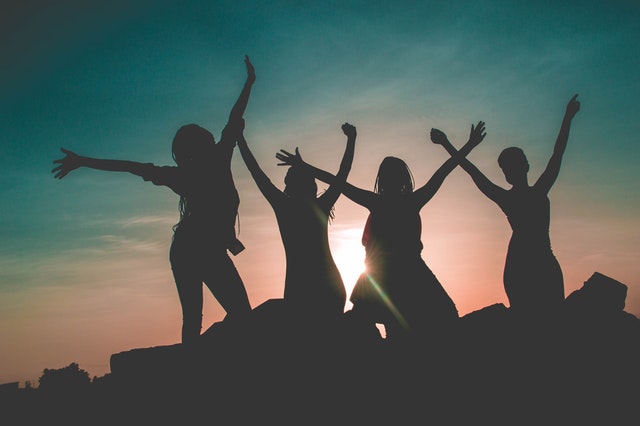 It’s been five years since Katty Kay and Claire Shipman published their piece on the “Confidence Gap” in The Atlantic. At the time, researchers were claiming that the wage gap wasn’t entirely due to gender inequalities within the system but also in large part because of women’s lack of assertiveness when it came to wage negotiation. While this still may be the case in some circumstances, the consensus has shifted a bit.

The Issue With Self-Awareness

It’s true that women underestimate themselves compared to men, but not in the way most of us would assume. Measures of self-reported confidence are actually fairly similar between the genders, according to the latest studies. Instead, there’s a more nuanced issue at hand: namely, women tend to lack the confidence that others value their contributions.

In one study, male and female self-ratings of emotional intelligence were found to be similar. However, when they were asked to predict how their supervisors would rate them, women’s predictions were much lower (three times) than men’s when, in reality, their bosses rated them slightly higher than their male colleagues.

“The ability to correctly predict how others see us, often called meta-perception, is an important aspect of self-awareness,” writes Dr. Tasha Eurich for Harvard Business Review. “And indeed, when women underestimate how others view their contributions, they may unintentionally hold themselves back. If a female leader believes that others don’t value her, she could be more cautious about applying for a job, putting herself forward for a promotion, or asking for a raise.”

In other words, it’s not that she underestimates her own abilities; it’s that she assumes others might.

“While men place more importance on their self-views and social comparisons, women tend to be more focused on how others see them,” Eurich says. “We usually understand our motives better than others, but others typically see our behavior more clearly than we do.”

It’s crucial for women in leadership roles to resist the urge to jump to these conclusions.

How to Stop Caring What Others Think

One strategy might be to look for objective patterns in the feedback people have given you over time. Eurich recommends making a list of at least eight people from different parts of your life (current or former colleagues, employees, supervisor, friends, family) and sending them a message asking when they have seen you at your best. Answers with specific examples are even better. Once you receive the answers, you would then review them to identify key themes and patterns. From there, Eurich says, try to “compose a self-portrait of who [you are at your best] through the eyes of others.”

Still, the idea is to become less reliant on others’ perceptions of you. Women in leadership can work to develop their own picture of who they are by asking questions such as “What are the principles by which I want to live my life?”; “What are my greatest aspirations?”; and “What types of projects give me the most energy?”

“No matter what form this work takes (journaling, mindfulness, conversations with loved ones, etc.),” Eurich insists, “it’s important to prioritize it just as much as feedback from others.”
Women in leadership can also benefit from an extra boost of self-reliance in cases where they might receive feedback that doesn’t reflect their full potential.

“If, for example, you receive negative feedback from your boss on something you think you could excel at, don’t give up right away—think about what it would take to show them otherwise.”

Eurich also believes we need to avoid benevolent sexism when it comes to giving feedback to female leaders. Sugar coating criticism in order to avoid hurt feelings or bruised egos helps no one. In fact, women in leadership end up with lower performance reviews when they try to incorporate the kind of vague, nonspecific feedback that comes from walking on eggshells.

“When women can solicit and record specific feedback, this has been shown to effectively eliminate men’s overrepresentation in top performance categories,” she explains.

How Often Are Women In Leadership?

If you’re wondering about the stats worldwide, look to Europe for an example of the sobering reality of women in leadership (or lack thereof). Out of the three most powerful European institutions—the EU’s executive Commission, its Council of national leaders, and the European Central Bank—none has ever been led by a woman. In fact, only two women sit on the 25-member governing council of the ECB.

Increasing the number of women in leadership roles directly correlates with reduced gender bias.
According to the Glass Cliff Theory in the social sciences, women are more likely to be put into leadership roles during times of crisis. If they succeed in those roles, they’re commended as anyone would be; if they fail, however, their gender—rather than the circumstances—tends to fall under scrutiny.

Researchers say this kind of bias is best solved in a simple way: by having more women in leadership. More women need to being leading and managing teams in order to increase the numbers for their own sake. Why? So that one woman’s experience does not represent that of all women.

“When there are so few women, any single one’s success or failure represents all other women,” said one sociologist who led the study. “But once there’s, you know, 30 or 40 percent women, then the variety among women is able to be seen.”

Having more women in leadership roles has also been found to generate “stronger market returns and superior profits for companies.” It also tends to reduce the incidence of sexual harassment.

Let’s work together to set things in motion for the women around us who want to become (or become better) leaders. We all have the power to effect change, even in a small way.

Leave a Reply to Aparna