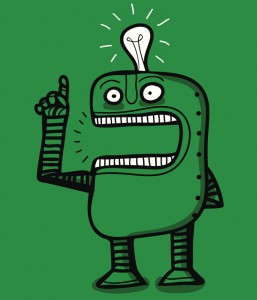 Chatbots are the latest rage in the tech world and can be found in every industry, from travel to ecommerce. Bill Gates thinks chatbots are the future of education and he might be onto something.

But what are chatbots and why is everybody talking about them?

A chatbot is software that allows users to communicate with a messaging system by simulating human interaction, similar to Apple’s Siri or Amazon’s Alexa. More simply put, chatbots are artificial intelligence systems that users interact with via text.

In the last few years we’ve seen a huge rise in chatbots. They can be found in any industry, from online travel booking sites to government platforms, and there are a few reasons why we’re seeing this spread.

A lot of research has been conducted on language processing, which helps to create a more natural chat experience. The technological side of creating bots is becoming increasingly accessible, to the point that soon even non-developers will be able to create a simple yet useful chatbot. Another reason for the popularity of bots is the mainstream use of messaging apps. Instead of downloading yet another app, users are comfortable using their messaging apps to complete other tasks, like reserving a table or checking the weather.

In a recent interview with The Verge, Bill Gates explained the huge potential for chatbots in education. According to Gates, even the most complex and subjective disciplines could be taught with the help of educational chatbots as tutors. For Gates, the key to learning new skills lies in your ability to get feedback and support from people with knowledge in the relevant field, which many students don’t have access to.

E-learning is growing at an incredibly fast pace. Students can learn anything from marketing to knitting and web development to woodwork online. And while online courses have made education available to millions of people around the world, there are also disadvantages to web-based studying. Recent studies have shown that only around 7% of people who enrol in online courses actually complete them.

A main reason for this is the lack of support and feedback students receive in web-based, pre-recorded classes. This is a gap that chatbots could bridge in the future, potentially functioning as teaching assistants or tutors.

While there are already many online tutoring services available, chatbots are promising because they can tutor each student individually, at their own pace and level, on their own devices, making tutoring accessible to virtually anyone with a Wi-Fi connection.

Compared with traditional tutoring, chatbots are cheap, accessible, and could potentially help millions of students around the world.

One area of education where chatbots could soon become mainstream is language learning. Popular language learning app Duolingo was one of the first to utilise bots in their mobile app. Duolingo has created different characters with whom their students can have live conversations to practise their vocabulary and grammar.

The idea behind the bots is to mimic real-life conversations in a foreign language. Compared with traditional language teaching software, chatbots are much more flexible and adaptable. They react differently depending on the answer the student gives, allowing for different variations, just like in real conversations. There are, after all, many different ways to answer questions, and the bots even give suggestions if a student is stuck in a conversation.

Some universities are already experimenting with chatbots in their lecture halls. Georgia Tech used a chatbot named Jill Watson as a teaching assistant. Jill, named after IBM’s artificial intelligence service Watson, helped over 300 students in a graduate class on artificial intelligence without them ever knowing they were talking to a robot.

After her successful debut, Jill Watson is now helping students across campuses around the world.

With artificial intelligence spreading to classrooms and lecture theatres, one common concern is that traditional teachers will soon be obsolete. The good news is that robots won’t be replacing human teachers any time soon, but they could be taking some of the workload off their hands.

Grading tests and essays is incredibly time consuming and repetitive. Especially in massive open online courses (MOOC) with dozens or hundreds of students, giving individual feedback is virtually impossible. Chatbots could be the perfect solution to this problem, and research is already being conducted in this area. By feeding AI grading systems thousands of essays, algorithms could be created that are comparable to human graders.

What makes chatbots so promising in the field of education is their machine learning ability. Their knowledge base will only grow and bots could potentially be teaching at graduate level in a few years.

In the future, chatbots could be able to pull information from hundreds of different sources, including top universities, to create custom learning experiences for students worldwide. With subscription-based business models becoming increasingly popular and ubiquitous (think Spotify and Netflix) it is not difficult to imagine a world where students pay a monthly subscription to access the world’s library of educational information.

Chatbots are still in their early developmental stages and still require a lot of support from humans to check or edit their content. However, the possibilities for applications in all areas of education are nearly limitless. Students are already spending more time on messaging apps than social media, and it’s just a matter of time before they’re tutored by bots on WhatsApp or receiving essay feedback through Facebook messenger.

Have you experienced chatbots yet? Please share in the comments below.