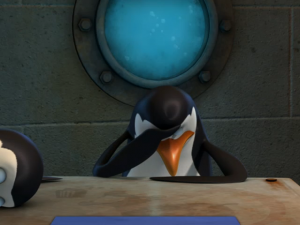 If you’ve ever wished you could rid your brain of unnecessary information, you’re in luck—your brain already does it for you. A research group at Lund University in Sweden has found that the human brain not only contains learning mechanisms but also forgetting mechanisms that erase “unnecessary” learning.

In the study, the researchers trained human and animal subjects to associate a certain tone or light signal with a puff of air to the eye. The air puff made the subjects blink, which eventually led to blinking as soon as they heard the tone or saw the light signal. However, if the tone and light were presented together, subjects’ learning did not improve, but actually got worse.

“Two stimuli therefore achieve worse results than just one,” says lead researcher Germund Hesslow. “It seems contrary to common sense, but we believe that the reason for it is that the brain wants to save energy.”

His colleague Anders Rasmussen, who performed the present study, had already shown in a previous study that when the brain has learned a particular association sufficiently, “certain neurons that act as a brake on the learning mechanism are activated.”

“You could say that the part of the brain that learned the association (a part of the brain called the cerebellum) is telling its ‘teacher’: ‘I know this now, please be quiet.’ When the brain has learned two associations, the brake becomes much more powerful. That is why it results in forgetting.”
The Lund researchers think their findings could be useful to educators.

“Obviously, it should be important for teachers to know the mechanisms by which the brain erases the things it considers unnecessary,” says Hesslow. “You do not want to accidentally activate these mechanisms.”

How “Forgetting” Works in the Brain

“Transience is the tendency to forget facts or events over time,” says Daniel Schacter, professor of psychology at Harvard University. “You are most likely to forget information soon after you learn it; as time passes, the likelihood of forgetting decreases. However, memory has a use-it-or-lose-it quality: Memories that are called up and used frequently are least likely to be forgotten. Although transience might seem like a sign of memory weakness, brain scientists regard it as beneficial because it clears the brain of unused memories, making way for newer, more useful ones. In this sense, transience is akin to cleaning the junk out of your closets or clearing the temporary files from your computer’s hard drive.”

“This type of forgetting occurs when you don’t pay close enough attention,” Schacter says. “You forget where you just put your pen because you didn’t focus on where you put it in the first place. You were thinking of something else (or, perhaps, nothing in particular), so your brain didn’t encode the information securely.”

“This tip-of-the-tongue experience is perhaps the most familiar example of blocking, the temporary inability to retrieve a memory. Blocking doesn’t occur because you weren’t paying attention or because the memory you’re looking for has faded from your brain. On the contrary, blocking occurs when a memory is properly stored in your brain, but something is keeping you from finding it. In many cases, the memory block is a memory similar to the one you’re looking for but one that you retrieve instead. This other memory is so intrusive that you can’t think of the memory you want.”

How to Prevent Forgetting

1. Aim for mastery, not relative performance.

Researchers at Nagoya University in Japan have found that mastery-approached goals (i.e. developing your own competence) enhance memory for newly learned material, whereas performance-approach goals (i.e. comparing yourself to others) only create tenuous connections in memory.

Three experiments were conducted “using a retrieval-practice paradigm with different stimuli, where participants’ achievement goals were manipulated through brief written instructions.” The results showed that retrieval-induced forgetting was “not statistically significant in the mastery-approach goal condition, whereas it was statistically significant in the performance-approach goal condition.”
The authors conclude: “These results suggest that mastery-approach goals eliminate retrieval-induced forgetting, but performance-approach goals do not, demonstrating that motivation factors can influence inhibition and forgetting.”

This research sheds an interesting light on current assessment practices: Should we be giving students grades based on other students’ performance or their own?

Allowing students to recognise the right answer, rather than asking them to pull it from their memory, prevents the strengthening of that information in the long-term memory store. “Although the brain contains detailed representations of lots of different events and objects, we can’t always find that information when we want it,” writes Edward Vogel, professor of psychology at the University of Oregon. “If we’re shown an object, we can often be very accurate and precise at being able to say whether we’ve seen it before. If we’re in a toy store and trying to remember what it was that our son wanted for his birthday, however, we need to be able to voluntarily search our memory for the right answer—without being prompted by a visual reminder. It seems that it is this voluntary searching mechanism that’s prone to interference and forgetfulness.”

By this logic, multiple choice questions actually discourage long-term retention by giving students a “reminder” rather than forcing them to exercise their recall.

Steven Smith and his colleagues at Texas A&M University taught a group of university students a list of new words, either in repeated sessions held in the same room or switching between two dramatically different environments (one a windowless classroom, the other a modern space, overlooking a courtyard). They found that varying the rooms produced a 30-per-cent increase in performance.

“Long-term memory is bolstered by having to make sense of a pastiche of contrasting material,” “Cognitive scientists believe that varying the setting in which you’re trying to master new information aids your memory by adding a host of contextual cues that boost your recall—the conversation of co-workers near your desk as you drafted your sales pitch, the flickering light in the conference room where you practised your presentation, the smell of fresh coffee in the café when you gave it one last review.”

According to Pavlik and Anderson (2008), an adaptive learning system should be able to “estimate a learner’s rate of forgetting while studying one type of material and then re-use that parameter when the learner starts learning a different type of material.”

But psychologists at the University of Groningen have found that people actually forget different types of material at different rates.

“The data presented here suggest that participants’ rates of forgetting are stable over time within one type of material (Swahili vocabulary), but less stable between materials,” the researchers write. “We deliberately picked the types of declarative fact material to be different from each other (i.e., vocabulary, visual, topographical, and factual), so perhaps it is not surprising that a difference was found. What is surprising to us, however, is that the flags and the biopsychology conditions were similar to each other while the two conditions that used visual information (flags and maps) were as different as the maps and biopsychology conditions, indicating that simple surface features are unlikely to provide good predictors for the similarity of the estimates of the rate of forgetting.”

What does all this mean for you and your students? Not all modes of presentation are created equal when it comes to retention. The next time you consider incorporating charts or illustrations into your exam questions, for instance, think about the fact that students might not retain visual information to the same degree that they retain, say, verbal information.

5. Work digitally and save often.

At the University of California, Santa Cruz, Storm et al have found that “saving one file before studying a new file significantly improved memory for the contents of the new file,” while memory did not improve if the file wasn’t saved, if the saving process was deemed unreliable, or when the contents of the to-be-saved file were not substantial enough to interfere with memory for the new file.

“These results suggest that saving provides a means to strategically off-load memory onto the environment in order to reduce the extent to which currently unneeded to-be-remembered information interferes with the learning and remembering of other information,” Storm writes.

Work digitally and save your files often to give your brain a break!

6. Quiz instead of review to enhance memory for lists.

Scientists at Regensburg University examined whether RIF factored into list memorisation. In each of two experiments, subjects successively studied two lists of items. After studying each single list, subjects restudied the list items to enhance learning, or they were asked to recall the items. Following restudy or retrieval practice of list 1 items, subjects were cued to either forget the list or remember it for an upcoming final test. Experiment 1 employed a free-recall and Experiment 2 a cued-recall procedure on the final memory test. In both experiments, forgetting was present in the restudy condition but was absent in the retrieval-practice condition, indicating that retrieval practice can reduce or even eliminate this form of forgetting.

“The results are consistent with the view that retrieval practice enhances list segregation processes. Such processes may reduce interference between lists and thus reduce directed forgetting.”

If you’re trying to help students memorise multiple lists, urge them to quiz themselves instead of re-studying.

Finally a little confirmation from neuroscience that critical thinking—asking “how” and “why”—can actually boost brain power.

Leave a Reply to KATUNGISA SAUL