The Surprising Importance of Sleep 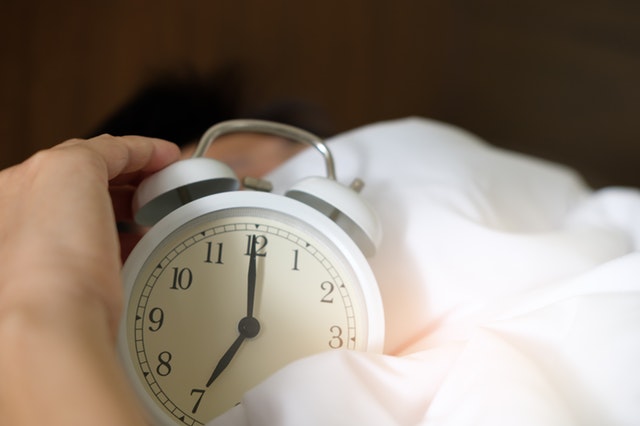 We don’t need research to tell us sleep is important—we can feel it the day after a restless night or when we’ve reached our energy peak at the end of the work day. But how much is the right amount for optimal cognitive performance? What benefits, other than feeling sharp and alert, can the right amount offer us? What else are we depriving ourselves of when we don’t get enough? In this post we’ll highlight some of the latest findings from the scientific community on how sleep impacts our waking lives.

We’re familiar with the link between sleep deprivation and grumpiness, but there’s reason to believe that poor sleep contributes to depression as well.

Researchers at Warwick University and Fudan University have found that sleep deprivation impacts three areas of the brain which are also associated with depression: the dorsolateral prefrontal cortex (short-term memory), the precuneus (self), and the lateral orbitofrontal cortex (negative emotions). Poor sleep causes people to ruminate over bad thoughts which, in turn, leads to further sleep deprivation.

In an analysis of 10,000 participants, the researchers found that the functional connectivity between these three areas is responsible for the link between poor sleep and depression.

One interpretation might be that sleep deprivation narrows our perspective by causing us to focus on negative aspects of things we’ve done recently (read: negative thoughts, self, short term memory) rather than considering the bigger picture.

At the University of California, Berkeley, researchers have found that sleep-deprived people “feel lonelier and less inclined to engage with others, avoiding close contact in much the same way as people with social anxiety.”

Researchers took brain scans of sleep-deprived people as they viewed video clips of strangers walking toward them and found that they showed “powerful social repulsion activity in neural networks that are typically activated when humans feel their personal space is being invaded.” Sleep loss also “blunted activity in brain regions that normally encourage social engagement.”

Well-rested people even feel lonely themselves after just a brief encounter with a sleep-deprived person, “potentially triggering a viral contagion of social isolation.”

On the bright side, says lead researcher Dr. Matthew Walker, “just one night of good sleep makes you feel more outgoing and socially confident, and furthermore, will attract others to you.”

In the largest controlled experiment to date on sleep deprivation, researchers at Michigan State University found that sleep deprivation vastly increased the number of procedural errors made by participants in tasks requiring memory maintenance.

The study was designed to test the effects of 24 hours of sleep deprivation on error rates in a procedural task that required memory maintenance of task-relevant information.

In the evening, participants completed a task and then either stayed awake in the lab overnight or slept at home. In the morning, they completed the task again.

In other words, poor sleep has a direct effect on memory performance.

One reason for this effect is that sleep is required for memory consolidation; if we don’t get enough of it, we don’t really “learn” the information acquired during the day.

At the Ruhr-Universität Bochum and the University of Bonn, researchers are examining the way the brain reconsolidates memory during sleep. One interesting finding is that, during sleep, the brain reactivates memory traces it no longer remembers later on, meaning recall is an even more delicate process than previously believed.

In a study involving epilepsy patients, participants were instructed to take a nap after memorizing a series of images. Analyzing gamma band activity (high-frequency fluctuations in brain activity) both during the memorization period and during sleep, the researchers then tested which images the participants could recall after sleep and which they could not.

The researchers found that, during sleep, the brain reactivated patterns both for images the participants later recalled and for images they later forgot.

“The forgotten images don’t simply disappear from the brain,” says Dr. Hui Zhang from the Department of Neuropsychology in Bochum.

In fact, it wasn’t gamma band reactivation alone that modulated remembering or forgetting; it was also the hippocampus, which is known as the primary “memory hub” of the brain.

“This region shows extremely rapid fluctuations in activity, called ripples,” according to a recent press release. “A picture was only recalled later on when the [gamma band] reactivation occurred at the same time as the ripples in the hippocampus. This phenomenon only occurred during certain sleep phases, but not when the participants were awake.”

In other words, whether or not you remember something depends on the coordinated oscillation between both gamma bands and ripples in the hippocampus.

The researchers found that another factor is involved: the level of detail at which the brain processed the image. Processing occurred in two phases: superficial processing during the first half second after the image was presented, then deeper processing.

This special coordination between the gamma bands and hippocampus happens during nREM (non-Rapid Eye Movement) sleep in particular. Non-REM sleep is the phase of sleep before REM, when you are between light and deep sleep and not yet dreaming. As we sleep through the night, we cycle through both these phases, with the REM phase growing longer. But it’s during nREM that memory consolidation happens, as well as other critical maintenance processes such as the strengthening of our immune system, repair and regrowth of body tissue, and building of bone and muscle.

This research highlights two important points about sleep and memory: 1) Because this special oscillation happens in nREM sleep, the way we initially fall asleep affects our quality of memory; and 2) the more detailed our initial processing of the stimulus, the better our chances of consolidating it during sleep.

One recent study found that adolescents who didn’t get enough sleep exhibited riskier behavior than those who slept an average of seven to eight hours per night.

“We found the odds of unsafe behavior by high school students increased significantly with fewer hours of sleep,” said lead author Mathew Weaver, PhD, research fellow, Division of Sleep and Circadian Disorders, Brigham and Women’s Hospital. “Personal risk-taking behaviors are common precursors to accidents and suicides, which are the leading causes of death among teens and have important implications for the health and safety of high school students nationally.”

Psychologists at Washington State University are also studying how sleep deprivation reduces cognitive flexibility, which is essential for sound decision-making. They believe that poor sleep negatively affects the dopamine system in the striatum, leading to reduced ability to rally all cognitive faculties necessary to make smart decisions based on knowledge, context, and experience.

So how much sleep is the right amount?

In June 2017, the world’s largest sleep study was launched by the Brain and Mind Institute, drawing on contributions from over 40,000 participants from around the globe.

Initial results have shown that people who sleep on average between seven to eight hours per night exhibit greater cognitive performance than those who sleep less–or more–than this amount.

“That corresponds to what the doctors will tell you need to keep your body in tip-top shape as well,” reports Conor Wild, the study’s lead author.

But there were a few surprising findings: 1) most participants who slept four hours or less performed as if they were almost nine years older; 2) people who slept more than that amount were equally impaired as those who slept too little; 3) the amount of sleep associated with highly functional cognitive behavior was the same for everyone (seven to eight hours), regardless of age.

Another surprising finding related to the type of cognitive performance affected. While participants’ reasoning and verbal abilities were compromised by lack of sleep, short-term memory performance was relatively undisturbed, suggesting that “not getting enough sleep for an extended period affects your brain differently than staying up all night.”