Personality Tests: Do They Help or Hinder Us? 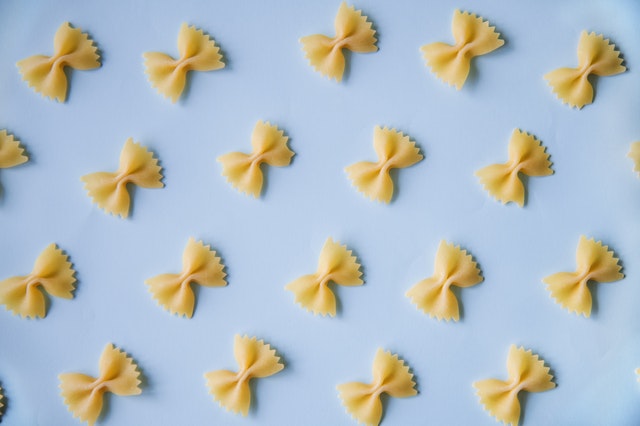 We love personality tests because, as Arwa Mahdawi recently put it in an article for The Guardian, “they make us feel normal and special at the same time.” But what do they actually tell us? Which ones, if any, are known to be reliable? Is it possible to do more harm than good by taking a test that isn’t grounded in real research?

The most famous of these tests is the Myers-Briggs (MBTI) personality test, created by a mother-daughter team in the 1960s. Dividing people into 16 types, the test focuses on affective and cognitive indicators like intuition/sensing, feeling/thinking, extraversion/introversion, and perception/judging. A score would look something like this: ESTP (Extraversion, Sensing, Thinking, Perception).

“People love the Myers-Briggs,” says psychologist Scott Barry Kaufman in a conversation with personality expert Colin DeYoung. But there are several problems with it, says DeYoung.

First, it creates binary categories for personality traits: for instance, you’re either an introvert or an extrovert. “Personality doesn’t come in types,” DeYoung explains. “It comes in dimensional traits.” What he means is that we are all at different points along the same scale of introversion/extroversion, and our leaning toward one end or the other can change depending on the circumstances.

Second, it doesn’t divide up personality space in the right way. “It sets up these things in opposition that aren’t really opposed,” such as the Thinking/Feeling measure. Not only is it problematic to place ourselves in binary categories; it’s also an issue to think that traits exist in this yin-yang relationship with each other when, in reality, they are just different points on the same scale.

In her book, The Cult of Personality Testing, Annie Murphy Paul explains:

“Employed by business to ‘identify strengths’ and ‘facilitate teamwork,’ the Myers-Briggs ‘has also been embraced by a multitude of individuals who experience a revelation (what devotees call the ‘aha reaction’) upon learning about their psychological type. Their enthusiasm persists despite research showing that as many as three-quarters of test takers achieve a different personality type when tested again, and that the sixteen distinctive types described by Myers-Briggs have no scientific basis whatsoever.”

Then there is the DISC Assessment, developed by psychologists William Moulton Marston and Walter Clarke in the 1960s. The test focuses on four measures: Dominance, Influence, Steadiness, and Conscientiousness. Another test, the Kolbe Index, assesses which “conative” powers drive you in your daily life: Fact Finder, Quick Start, Follow Through, and Implementor. There are countless personality tests like these, many created by corporations, which claim to make the hiring process easier for employers, promote professional development, or solve your relationship problems by revealing your own inner nature to yourself.

What Does the Personality Neuroscience Say?

When it comes to scales backed by actual experts, Kaufman and DeYoung recommend sticking to the Big Five personality scale, which comprises the following traits:

But there’s a lot of misunderstanding about what these traits mean.

For instance, we tend to think of extroversion as a purely social quality, but it’s not. “It’s just that most human rewards are social,” DeYoung explains. “Most of the things we care about are things like social affiliation or social status.” Extraverted people have a higher reward-seeking drive in general, and since most rewards are social, they appear to like people more than introverts do. As Susan Cain or Ellen Hendriksen will tell you, this paints a very skewed picture of how introverts see the world.

One thing that can help us clear up this misunderstanding is to think about extraversion and introversion in terms of dopamine.

“It turns out that there’s a lot of evidence from personality neuroscience that dopamine is one of the main drivers of extraversion,” says DeYoung. “These people are more motivated by the possibility of rewards.”

For example, when extraverts enter a party, they see the people around them as potential rewards. Introverts don’t see it that way. But that doesn’t mean they have the opposite experience of engaging with people, which would feel more like punishment than reward. It’s just that they’re not energized by it the same way extraverts are.

“One of the ways I like to think about dopamine is that it regulates the cost of effort. It turns out to be a real challenge to figure out when to expend this energy. Extraverts are more tuned to expend energy in that party scenario; introverts are more likely to conserve it. Extraverts can more easily overcome the cost of running their mouth off.”

You can start to see how the traits might overlap, which makes the Big Five a much more sensitive and forgiving scale than some of its more rigid counterparts like the Myers-Briggs.

So can we call off the search for the perfect personality test and agree that “types” only serve to oversimplify a very complex organism?

Last fall, a research team at Northwestern University came out with a personality-test-based study of 1.5 million people around the world which highlighted four distinct personality types. Using a machine learning algorithm, the researchers first found about 16 personality clusters, which they then whittled down to four after more thorough interpretation:

“The data came back, and they kept coming up with the same four clusters at higher densities than you’d expect by chance, and you can show by replication that this is statistically unlikely.” Revelle said. “The methodology is the main part of the paper’s contribution to science.”

It’s a strong argument in an academic world where most experts say personality types are a myth. But concerns remain—for instance, that even if personality tests themselves aren’t biased, the test-takers certainly are. Who’s to say we are the best judges of our personality anyway? Maybe some day there will be an assessment that requires the input of our closest friends and family, who often know us better than we know ourselves.

Still, DeYoung emphasizes that the point is to improve your well-being, whether or not the test is grounded in academic research, and if the one you’ve chosen does that for you, then by all means consider it personally valid: “One thing I can say is there’s not much harm in people applying any personality tests to attempting to understand their daily lives, even ones that aren’t scientifically valid, like the MBTI.”