The Effects of Mandatory Retention and Its Use Across the Globe 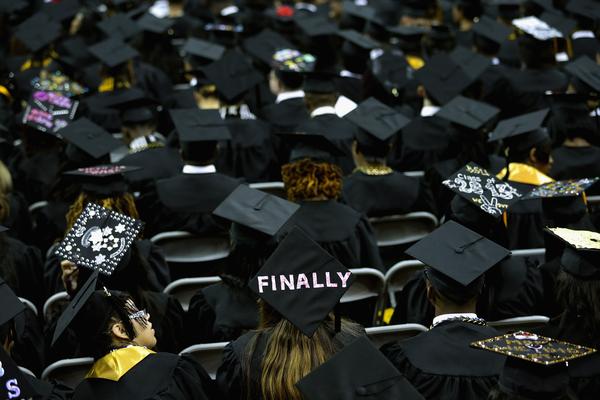 “In the case of grade retention, the central challenge facing researchers is to distinguish the effect of being retained from the effects of those factors that triggered the retention decision in the first place.”  – Martin R. West

Recent policies enacted by states and school districts across the United States have reawakened the debate on mandatory grade retention. Since 2012, 14 states and the District of Columbia have adopted mandatory retention policies aimed at students who can’t read proficiently by the third grade.

In Ohio, Governor John Kasich signed into law the Third Grade Reading Guarantee, dictating that, starting this year, third-graders who fail a statewide reading test won’t be permitted to enter fourth grade. Instead, they must undergo intensive tutoring, summer school, or other programs. The only students exempt from the law are English language learners, students with disabilities, or children who have been previously retained. Similar laws are rolling out in Indiana, Iowa, New Mexico, Tennessee and Colorado.

In the 1960s, concerns that retention hinders the social, emotional, and cognitive development of at-risk students led many educators to call for students to be advanced to the next grade with their peers regardless of their academic performance. Although systematic data are scarce, this push for so-called “social promotion” appears to have reduced the incidence of retention nationwide.

But retention rates have surged with the advent of standards-based reform in the 1980s, again in some school systems in the wake of the No Child Left Behind Act of 2001, and most recently, in 2012, with the startling data revealed about the importance of third grade achievement.

A study sponsored by the Annie E. Casey Foundation and conducted by Donald J. Hernandez, a professor of sociology at CUNY–Hunter College, found that third-graders who lack proficiency in reading are four times more likely to become high school dropouts.

“Third grade is a kind of pivot point,” says Hernandez. “We teach reading for the first three grades and then after that children are not so much learning to read but using their reading skills to learn other topics. In that sense if you haven’t succeeded by 3rd grade it’s more difficult to [remediate] than it would have been if you started before then.”

Retention rates have surged with the advent of standards-based reform in the 1980s, again in some school systems in the wake of the No Child Left Behind Act of 2001, and most recently, in 2012, with the startling data revealed about the importance of third grade achievement.

Last year in Washington D.C., almost 60 percent of third-graders did not meet standard proficiency in reading.

“It’s been that way for a long time,” says D.C. Council member Vincent B. Orange, who is proposing a third-grade retention law that would apply to traditional and charter schools. “And we have to try something different. There has to be a full-fledged assault on the problem in the classroom.”

But do the boons of mandatory retention outweigh the burdens? Is there another option, aside from social promotion? What are other nations doing to address this issue?

As more states started embracing mandatory retention last year, researchers Martin West (Harvard University) and Shane Jimerson (UC-Santa Barbara) squared off in a fervent debate over whether retention prepares students to be successful or sends them into a downward spiral.

West suggests that flaws in diagnosis and data analysis may have skewed our perception of how effective retention can be. “The decision to retain a student is typically made based on subtle considerations involving ability, maturity, and parental involvement that researchers are unable to incorporate into their analyses,” he says. “As a result, the disappointing outcomes of retained students may well reflect the reasons they were held back in the first place rather than the consequences of being retained.”

West cites studies on Florida’s test-based promotion policy as some of the more clear-cut evidence in support of mandatory retention. Since 2003, Florida has required that third graders scoring at the lowest performance level on the state reading test be retained and provided with intensive remediation.

Interestingly, after the initial spike to 13.5 percent retentions, the number of Florida students retained in third grade fell steadily in the six years following the introduction of its test-based promotion policy, reaching only 5.6 percent in 2008. This decline was due primarily to an increase in the number of students meeting the grade promotion standard.

Also important to note, Florida schools moved their best teachers to kindergarten, first, and second grades during this time.

“Although it is too soon to analyze the policy’s effects on students’ ultimate educational attainment and labor-market success,” West says, “this new evidence suggests that policies encouraging the retention and remediation of struggling readers can be a useful complement to broader efforts to reduce the number of students reading below grade level.”

Since the scientific literature largely rejects mandatory retention, however, it is these “broader efforts” that most education specialists are interested in.

The Campaign for Grade Level Reading is an organization dedicated to helping more children in low-income families succeed in their educational careers by targeting third grade achievement. The Campaign works with child and family advocates across the country to help assure a seamless system of care, services, and supports from birth through third grade.

President Obama recently proposed the establishment of universal preschool for 4-year-olds from low- and moderate-income families. But with much of a child’s brain development occurring in the first three years of life, advocates say even that is too late. Poor babies as young as 9 months show a gap in cognitive development compared with wealthier peers, a gap that triples by the time they are 2 years old. The Campaign for Grade Level Reading aims to close this gap.

Other specialists favor improving the quality of instruction in grades K-2. Although often overlooked, this issue is critical given evidence that schools often assign less experienced and less effective teachers to those grades, which are typically excluded from state accountability systems.

“One of the dirty secrets of American education is that teachers who are ineffective in grades three through eight get moved to kindergarten through second grade where there are no accountability systems in place,” says West.

A number of other solutions have been proposed, but educators and policymakers still can’t seem to agree on the best plan of action.

Perhaps it’s time to take a step back and do some observing. Are other nations partaking in similar debates? What are retention policies like in Europe, Asia, Africa? As it turns out, the United States is just one of many divided systems.

Which Countries Are Using Mandatory Retention Across the Globe?

In its recent report on Grade Retention in Schools in Europe: Huge Differences Between Countries in 2011, the Eurydice Network found that practices vary greatly between countries within Europe, and that whether or not a child has to repeat a grade depends more on educational culture and teacher appraisal than on student performance itself.

As a possible explanation, one researcher noted that cross-national variation is associated with contrasting systems of schooling. Scandinavia and the English-speaking countries, for example, emphasize universal education at higher levels, and grade repetition rates are low. France, Portugal, and Spain all emphasize universal education at lower levels but limit admittance to secondary and post-secondary levels, so repetition rates are higher (especially in the grades preceding the examinations).

Decisions are made by schools, teachers, and parents in most countries, but there are a few exceptions: In Ireland, only officials outside the school decide the fate of the child, and in Cypress, the final decision is made by an educational inspector.

Eisenmon (1997) reported that repetition rates in developing countries often are quite high. The highest rates were in the sub-Saharan African countries, where each year about 22 percent of primary students and 21 percent of secondary students were repeating their grades. The North African and Middle Eastern countries averaged about 12 percent for the primary grades and 21 percent for the secondary grades. The Latin American and Caribbean countries averaged 9 percent and 8 percent.

The data from East and South-East Asia were too sporadic to support meaningful averages, but the available numbers appeared comparable to those for Latin America.

In Brazil and Pakistan, retention is most common in rural areas. Schools in poor areas (especially remote rural areas) often feature limitations: short school years, frequent teacher absence, limited supplies, poorly qualified teachers, large classes, multi-age classes, or double shifts. These schools are also most frequently subject to the “frog pond effect”: Student progress is judged relative to that of their immediate classmates rather than to national norms. As a result, many students in generally high-achieving schools are retained when they would be promoted if they attended generally low-achieving schools.

Interestingly, retention is not always associated with low achievement: In Burundi and Kenya, where most repetition occurs in the final years of the primary cycle, students allowed to repeat are selected for their high academic potential as a way to prepare them to compete for limited secondary openings.

The question should be, are the highest-performing schools located in the nations that allow grade retention or set limits on it?

The nations that do use retention—Belgium, France, Spain, Luxembourg, Portugal, Austria— sit relatively low on PISA’s list, with all but Belgium and France below the 25th-place-mark. Belgian researchers have even used PISA’s studies to test their own “no repetition regime” (2001) against their “repetition regime” reforms (2006) and found that Belgium had performed better before the reforms.

There are too many variable factors here to conclude that academically successful countries are those that do not use mandatory retention, but it would be worthwhile to explore further research.

Is There an Answer?

As West said, it is too soon to analyze how widespread mandatory retention will affect students’ ultimate educational attainment and labor-market success. Few studies have followed retained students all the way through school and measured their final educational achievements. But it seems an ethical and political abomination to continue treating students like guinea pigs, especially when there is so much evidence urging us not to.

During messy debates like this one, it’s important to remember that the answer is most frequently found by examining the root of the problem—in this case, underachievement— and not by placing a bandage over the wound.