How to Improve Mood and Memory Through Brain Cell Growth 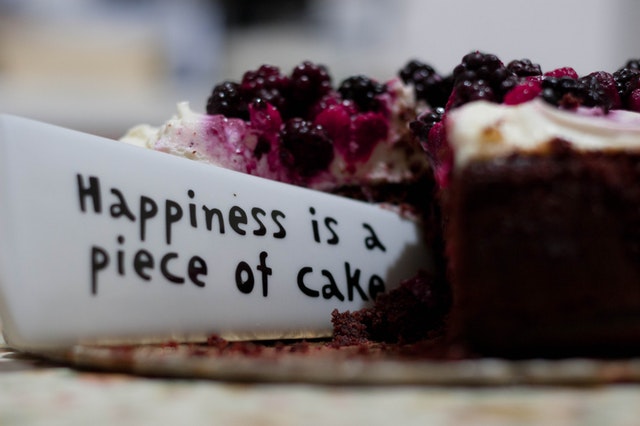 Happiness is a piece of (blueberry) cake.

Most of us accept the notion that brain development is “complete” around the time we reach our early-to-mid twenties. The average age may differ for males and females, but for the most part we “are who we are” by the time we reach twenty-five years old. Be that as it may, neuroscientists say there’s a difference between brain development and brain cell growth—and, actually, we continue to grow new neurons each day well into our adult lives. What’s more, our lifestyle choices can dictate how many neurons we grow, which in turn has a major impact on learning, memory, and mood.

In a 2015 TED Talk on brain cell growth in adults, neural stem cell researcher Sandrine Thuret begins with a story about an oncologist friend of hers who could not understand why patients tended to suffer from depression after they’d been cured of cancer. Thuret suggested that the same drugs that had arrested cell growth in order to stop the cancer had also blocked cell growth in the brain. The oncologist argued that adults do not grow new neurons; Thuret countered that, actually, they do. Anti-depressants work, in large part, by enhancing this growth.

Each day, the adult brain generates seven hundred new neurons in the hippocampus (the part of the brain responsible for memory and learning). In fact, by the time we are fifty years old, Thuret says, all the neurons we were born with have been exchanged with new adult cells. This happens on its own, to a large extent, but we also have control over it with the choices we make in various areas of our lives.

Thuret calls neurogenesis a “target of choice” when it comes to memory and mood.

“Can we control neurogenesis?” she says, anticipating the question her listeners want to ask. “The answer is yes.”

Here are the things researchers have found to increase brain cell growth, and therefore memory and mood:

Here are the things they have found to decrease neurogenesis, and therefore negatively impact memory and mood:

The flip side of these is most likely true as well—for example, reducing stress improves memory while limiting learning reduces memory capacity. The amazing thing is that all of these are so closely linked: The same things that improve memory and learning also improve our mood, and the same things that impair memory and learning also spoil our good mood. Why? Brain cell growth or lack thereof.

So the next time you think about what makes you feel happy and smart, consider the things that benefit your brain, such as aerobic exercise, blueberries, and learning a new skill. These things are “good for us” because clear and positive thinking result from a higher brain cell count, which these things promote. We have, as it turns out, greater control over the destinies of our minds than we think.