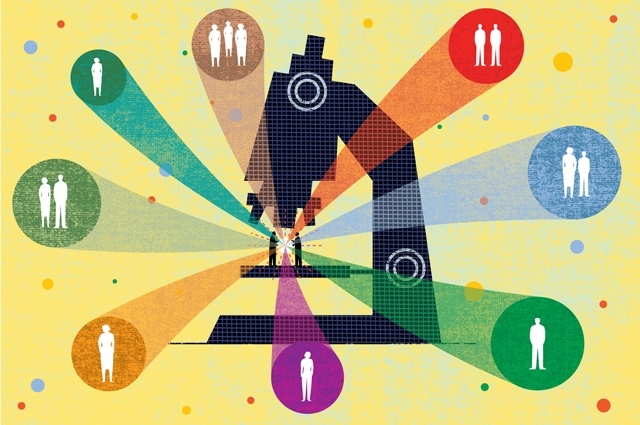 Not everyone is destined to win a Nobel Prize, but a close examination of past winners’ practices suggests we all have control over the way we approach learning and discovery.

In 1986, esteemed mathemetician and computer scientist Richard Hamming delivered a talk to his former Bell Labs colleagues called “You and Your Research.” In it, he illuminated the process of doing “Nobel-Prize type work,” or research that leads to significant and frequent “aha” moments. 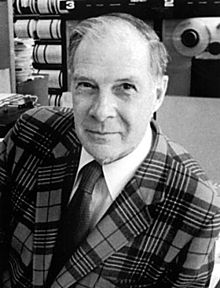 The talk is famous among applied mathematicians and computer scientists because of its “relentlessly honest and detailed dissection of how stars in these fields become stars.” Hamming himself won the Turing Prize for his work on coding theory and ended up with an IEEE prize named after him: the Richard W Hamming Medal.

In similar fashion to Hamming, Leo Esaki, awarded the Nobel prize for physics in 1973, recently shared his list of golden rules to help researchers on their way to stardom in Stockholm.

Of course, just because this advice is about winning the Nobel Prize doesn’t mean you can’t use it for more general purposes. On his Study Hacks blog, Cal Newport, assistant professor of computer science at Georgetown University, breaks down Hamming’s lengthy and often dense talk into layman’s terms for a broader audience. We’ve piggybacked on Newport’s idea, expanding each Nobel recipient’s points to include general applications to learning and discovery for anyone who is interested in productivity and problem solving.

1. Luck is not as important as people think.

Discovery is often linked to good fortune, but great researchers don’t depend on it. Hamming illustrates this point by quoting Newton: “If others would think as hard as I did, then they would get similar results.”

High achievers aren’t lucky; they’re hard-working. While place, time, and context certainly play a part in every discovery, it’s deliberate effort that separate great learners from the rest of the pack.

“Most great scientists have tremendous drive,” Hamming notes. The benefits of extra effort compound over time like interest. If you’re reading a little bit more and thinking a little bit longer than your colleagues, over time the gap between you and them grows. But there’s a catch: you have to apply this effort intelligently. “That’s the trouble,” he explains. “Drive, misapplied, doesn’t get you anywhere.” Some of his former Bell Labs colleagues, he says by example, worked harder than he did but had nothing to show for it.

Academic drive, misapplied, doesn’t get you anywhere either. You may take a smorgasbord of courses in all different fields, but unless you know how to harness that knowledge, you’ll be at a loss once you enter the real world.

Great scientists form an “emotional commitment” to the theories they pursue and are able to carry on despite doubts and identified flaws. But they are still careful about tracking and later addressing these shortcomings that arise along the way.

Keep the end goal in mind as you pursue your academic dreams, but take care to track your own learning habits along the way so that they may better serve you in your next educational journey.

Hamming expresses his personal belief that “creativity comes out of your subconscious.” To make a breakthrough, he says, you must focus without distraction on the problem long enough for your subconscious to start working it over.

“If you’re deeply immersed and committed to a topic, day after day after day, your subconscious has nothing to do but work on your problem.”

Great advice for those of us who wait patiently for spells of inspiration. The more time you spend engaging your brain in a problem, the more likely it is that you’ll solve that problem–perhaps when you least expect it. Learn more about cultivating creativity.

“If you do not work on an important problem, it’s unlikely you’ll do important work,” Hamming says. He notes that the “average scientist” does not work on important problems but instead plays it safe. And by “plays it safe,” Hamming also means that when it comes to approaching a problem, average scientists tend to focus on only one at a time. Most great scientists will keep 10 to 20 great problems in mind at any one time, and if they learn a technique that might apply to one of them, they’ll drop all the other things and get after it. Hamming himself used to block off his Friday afternoons as “Great Thoughts Time,” and spent them only discussing and thinking about “great thoughts.”

Make a habit of studying with others. It will open your mind up to different ways of looking at the same problem and help you remember details, especially if you find yourself explaining concepts to others or asking specific questions.

Early on, Hamming says, he spent most of his time working on isolated problems. This depressed him: “I could see life being a long sequence of one problem after another after another.” This changed his approach to focus on bigger, more general ideas that others could build on. “By changing a problem slightly, you can often do great work rather than merely good work.”

It can be similarly depressing to put so much effort into one topic for a paper or essay, only to abandon it completely after you submit it for grading. Try to view your topic not as an isolated concept, but rather as a transferable way of thinking. Each problem you address–whether it’s for English, social sciences, or philosophy–forces you to think about life in a different way. Don’t let that habit of thought end with a single assignment.

Hamming notes that the idea of marketing your results is “distasteful” and “awkward” to discuss. He also notes, however, that it’s necessary because of “the fact is everyone is busy with their own work,” and you cannot expect them to discover your work on their own. He suggests three things you must do to bring your ideas to other people’s attention: (1) learn to write clearly, (2) learn to give reasonably formal talks, and (3) learn to give informal talks (and know which type of talk is appropriate and when.)

When giving a talk, in most venues, “Most of the time the audience wants a broad general talk and wants much more survey and background than the speaker is willing to give. As a result, many talks are ineffective.”

Excellent advice for learners. Though you may not find yourself giving many formal talks in the future, you will certainly find yourself sharing what you have learned. To do this effectively, you need to be able to either write clearly (in a blog post, for example) or speak clearly (in a conversation with friends or colleagues). If you have more in-depth knowledge of the topic than others, keep in mind that it’s helpful to provide context–or background, as Hamming calls it–in order for people to understand the value of the information.

9. Don’t allow yourself to be trapped by the constraints of your experience.

“If you allow yourself to get caught up in social conventions or circumstances,” Leo Esaki says, “you will not notice the opportunity for a dramatic leap forward when it presents itself.” Looking back at the history of the Nobel prize, you will notice that most of the laureates in the sciences have received the prize for work they undertook during their 30s. “In my case, I was 32 years old when I developed the ‘Esaki tunnel diode.’ The point that I am trying to make is that younger people are able to look at things with a clearer vision, one that is not clouded by social conventions and past history.”

Personal background and social constraints may negatively affect your openness to new things and therefore your ability to learn. Keep your biases in check and you’ll increase your odds of problem solving and discovery.

10. Don’t allow yourself to become overly attached to any authority in your field.

Esaki again: “By becoming closely involved with a ‘great professor,’ you risk losing sight of yourself and forfeiting the free spirit of youth. Although the great professor may be awarded the Nobel prize, it is unlikely that his subordinates will.”

To be sure, authority is essential in some cases, especially when it comes to early childhood learning. Even later on in your educational career, it’s important to seek mentors who will support your personal growth and development. But don’t lose sight of your own unique learning goals–the goals that mean something to you, even if they lay off the beaten path–or you’ll risk becoming another face in the crowd.

“The information-oriented society facilitates easy access to an enormous amount of information. Be careful of misinformation and badly organised information. The brain can be compared to a personal computer with an energy consumption of about 25 watts. In terms of memory capacity or computing speed, the human brain has not changed much since ancient times. Therefore, we must constantly input and delete information, and we should save only the information that is truly vital, in a relevant form.”

Letting go of what you don’t need is harder than ever before in this age of information–or is it easier than ever before? With Google and Big Data in the mix, maybe it’s a good idea to weed out the peripheral facts we can look up in seconds and nurture the concepts we use most often.

“I myself became embroiled in some trouble with the company I was working for many years ago. At times, it is necessary to put yourself first and to defend your own position.”

As the saying goes: Stand up for what you believe in, even if you stand alone.

“It is a vital component for imagination.”

As Einstein once said, “Imagination is more important than knowledge.” Today’s learners need the natural curiosity, creativity, and genuine interest they had in their youth in order to contribute to a highly innovative society.