What’s Your Memory Style? 5 Ways to Accommodate the Way Your Brain Works 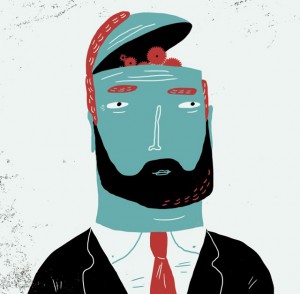 Not all memory is created equal. While some of us have detailed, context-dependent accounts of when and where we learned something, others seem to have a reserve of facts in their brain that they can pull from, independent of the original context in which they learned the information. Why does memory differ from person to person in this way, and how does it affect learning? A research team from the Rotman Research Institute at Baycrest Health Sciences is on the path to finding out.

“For decades, nearly all research on memory and brain function has treated people as the same, averaging across individuals,” says lead investigator Dr. Signy Sheldon, now an assistant professor of Psychology at McGill University. “Yet as we know from experience and from comparing our recollection to others, peoples’ memory traits vary. Our study shows that these memory traits correspond to stable differences in brain function, even when we are not asking people to perform memory tasks while in the scanner.”

The study, published online in the journal Cortex, shows for the first time that these different ways of experiencing the past are associated with distinct brain connectivity patterns that may be inherent to the individual, suggesting a life-long “memory trait.”

The findings raise interesting questions for cognitive scientists, related to aging and brain health. One of the more provocative inquiries: could certain memory traits be protective, delaying the manifestation of age-related cognitive decline in later years?

“With aging and early dementia, one of the first things that people notice is difficulty retrieving the details of events,” said the study’s senior author Dr. Brian Levine, a senior scientist at Baycrest’s Rotman Research Institute and professor of Psychology at the University of Toronto.
“Yet no one has looked at how this relates to memory traits. People who are used to retrieving richly-detailed memories may be very sensitive to subtle memory changes as they age, whereas those who rely on a factual approach may prove to be more resistant to such changes,” he said.

Could a person’s profile of memory traits help guide treatment of memory issues in later life? The Rotman findings open the door to exciting possibilities that require further scientific exploration, said Dr. Levine. Follow-up studies are now being conducted relating memory traits to personality, psychiatric conditions such as depression, performance on other cognitive measures, and genetics.
This research is part of a new trend in focusing on differences in brain structure and function across healthy people. It is the first to relate such brain differences to differences in everyday autobiographical memory functioning.

What Your Memory Says About You

Neuroscientists already have terms for these two types of memory: episodic and semantic.

Everyone has both kinds of memory, but according to the Baycrest study, the strength of each may differ from person to person. This may help explain why some students are better at multiple choice or fill-in-the-blank test questions while others excel at short answer or essay questions. The former group may be able to pull facts out of their general reserve of knowledge, but when it comes to explaining or describing a concept in detail, they may struggle. The latter group may be skilled at describing a concept but struggle when it comes to recalling the names of terms or relaying factual information outside of a specific context.

Educators need to be aware that not all students recall information in the same way and therefore cater to different memory styles while designing lessons and projects.

How to Accommodate Both Memory Styles

1. Use stories to illustrate facts.

You should be telling at least one story per lecture. Most of us would agree that telling a story can eat up your time, but it doesn’t have to. Practise creating detail-rich but efficient narratives that illustrate the facts and concepts you’re covering. It’s one thing for students to read examples in textbooks, but the human brain loves hearing stories told aloud and is evolutionarily primed to remember the information presented in that format. You can even make up a fictional tale that incorporates several concepts to help enhance students’ associative learning. Try it all!

2. Have students draw on examples from their own lives.

The more personal, the better. Human memory thrives on personal significance and emotion. Even if you’re teaching something that seems very straightforward and factual, it will help some students to connect it to an event or narrative. For instance, before teaching a lesson on a new topic, ask them to pause a moment and write down not only everything they currently know about it but also when, where, and from whom they gained the knowledge. Then ask them to do the same thing during review sessions later on in the week or month.

Long-term memory consolidation depends on frequent review of new information. Don’t underestimate the power of review and re-emphasis when it comes to teaching and learning. It may seem like a waste of time to go over the same material twice, but all the neuroscience says it’s not. Ask students to help you create a list of the most important facts covered over the lesson or unit and write it up on the board to pique students’ visual memories.

There’s no reason to think a short story can’t serve the same educational function as an essay. In fact, students may find the option more engaging and learn more from it since they can make it more personal. Expect the same standards you would of an essay—clarity, word choice, organisational skills, etc—but let students cite and illustrate the facts they’ve learned in a creative rather than argumentative format.

Don’t teach the same way every day. If you used bullet points on an outline last time, ask students to share important points this time. If you showed a video last time, have students take a quiz this time to determine which facts they know and which facts they don’t. Hold a storytelling or writing hour where students take turns incorporating concepts and facts into hypothetical scenarios and sharing them with their peers. Get out of your formal setting and take students into the field. Take them to observe the way another course operates. Ask students to create their own multiple choice questions for each other. Anything goes as long as you vary it.