Focus, Flow, and Distractions In Learning: How to Find a Balance 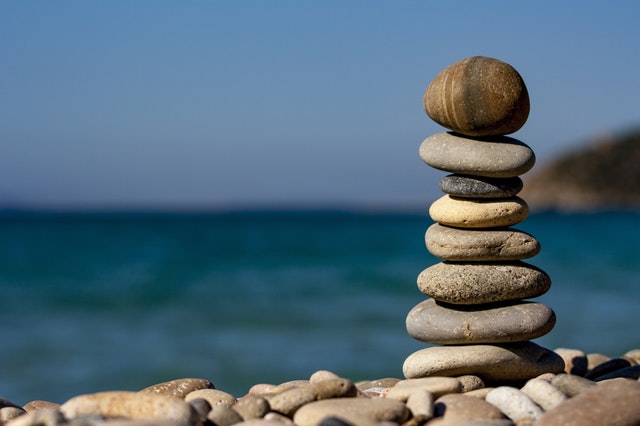 In positive psychology, ‘flow’ is a term used to describe the optimal state of consciousness. It’s in this state that we become so energised and absorbed by what we’re doing that all distractions fade into the background and the hours seem to fly by.

Obviously, achieving this state of flow is ideal for learning, because it turns something that might otherwise be seen as a chore into a rewarding and even enjoyable activity. But in order to enter our brain’s most productive state, we first need to conquer the many distractions around us.

Minimising distractions is a good place to start, and a 2015 study by Korean researchers found that some of the things that helped students enter this flow state included getting comfortable and removing distractions such as emails, social media, and mobile phones.

Of course, it’s difficult to completely eliminate distractions from our study spaces, and this is where impulse control comes in. But some research also suggests that under the right conditions, distractions can actually be a good thing for learning.

So is greater self control the key to learning more effectively or is it detrimental to put too much emphasis on resisting distractions while studying?

Here’s a look at what educational research tells us about focus, self-control, and distractions in learning, and how we can balance it all out for the ultimate learning experience.

The importance of self control in learning

Some self control is essential when it comes to learning, because without it, students would constantly be sidetracked by short term distractions. Findings from the now famous marshmallow test and a number of follow up studies show that self-control is crucial for the successful pursuit of long-term goals and even academic success.

For example, students who displayed greater impulse control as children were more likely to be attentive, verbally fluent, academically successful, and socially competent as adults. They were also more likely to be better at dealing with frustration and stress.

Since technology has only increased the number of distractions students deal with on a daily basis, the ability to delay gratification and stay focused is more important than ever. In fact, a longitudinal study of eighth graders found that self-control was twice as important as intelligence when it came to predicting final grades.

Fortunately, research shows that it is possible to strengthen our self control. To start with, simple lifestyle changes like getting plenty of sleep, exercising regularly, and improving our diet can make more energy available to the brain and enable us to focus on the task at hand.

The right motivation can also help us tap into reserves even when our willpower has already been depleted. One study by self-control and self-regulation researcher Mark Muraven found that when willpower depleted individuals were told they would be paid for their efforts or that their efforts would benefit others they were able to persist on a self-control task.

His research also shows that self-control can be strengthened by regular use. In one study, volunteers were told to follow a two-week regimen designed to improve their mood or improve their posture. Participants who had exerted self-control over the two-week period by performing the prescribed exercises were less vulnerable to willpower depletion during follow-up tests.

Another study conducted over a two month period by researchers at Macquarie University in Sydney found that participants who took part in a program of physical exercise that required self-control scored higher on a test of self-control than those who hadn’t exercised their willpower over time.

So, simply practising self-control on a regular basis rather than giving in to our impulses and allowing ourselves to become too easily distracted can help us strengthen our willpower in the long run.

The potential downside of resisting distractions

The problem with constantly exercising self-control is that willpower is a limited resource, and regardless of what our motivations are or how much we exercise our self-control, no one can stay completely focused 100 percent of the time.

A study on self-identity by researchers from Florida State University shows that exercising self-control uses up mental energy, and thus impairs our ability to perform certain adaptive behaviours. And these impairments can affect everything from intelligent thought to decision making, which is obviously a big downside when we’re trying to study.

Other research shows that frequent mental downtime is important for our productivity, attention, the consolidation of memories. Exercising too much self-control can even kill our creativity.

So in order to achieve that productivity sweet spot or flow state we need to find a balance between exercising self-control and accepting that we can’t block out distractions or stay focused all the time.

Finding a balance between focus and distractions

So given the benefits, but also potential downsides of constantly trying to stay focused when studying, when should we aim to exercise our self-control and when should we give ourselves a break and allow our minds to wander? Here are a few tips for finding that productivity sweet spot.

Research on student flow experience shows that for some students, flow was more likely to occur when they studied early in the morning, while for others this was more likely to occur at night.
Since we don’t all have the same patterns, it’s important to pay attention to your body and study at the times when you know you’ll be most productive. If you’re not sure, keep a study journal for a few days or weeks and keep track of how much you’re able to accomplish and how energetic you feel during study sessions at different times throughout the day.

Research shows that flow is more likely to occur when we are totally absorbed with a task, which is hard to do when there is music playing, even if it is instrumental. With that said, though, how noise will affect your cognitive performance may depend on your personality type. One study found that introverts are more likely to have performance problems when listening to music, because they are more easily overwhelmed by stimuli. In general, though, unless you’re working on a creative task that would be enhanced by music, it’s best to seek out a quiet environment for learning.

Since willpower is a limited resource and you can’t resist distractions indefinitely, give yourself a break—literally. Frequent mental breaks have been shown to replenish the brain’s stores of attention and motivation, and are important for optimal performance.

If you know you struggle to focus when you’re studying, try to have a plan in place before you start a study session so you don’t end up depleting your willpower too quickly. This could include making sure distractions such as mobile phones are out of reach or in another room, scheduling frequent mini breaks, and setting small goals or intentions for each study session.

Do you struggle to find a balance between self-control and letting your mind wander while studying? If so, what are some of your favourite strategies for staying productive?