Why Educators Trained in Neuroscience Continue to Believe in Neuromyths 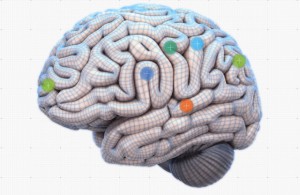 “If educators were to take a class in neuroscience that did not specifically address neuromyths, it would be unlikely to help with dispelling the misconceptions that are most closely related to learning and education.”

The battle against neuromyths is far from over. In a recent large-scale survey involving five academic institutions across the U.S., researchers found that most of us still believe long-debunked myths such as the left-brained/right-brained paradigm and learning styles theory. What’s more troubling is that having a background in neuroscience doesn’t appear to reduce these beliefs by a significant margin.

The study is the first of its kind to use a large sample from the United States to compare the prevalence of neuromyths among educators, the general public, and educators with a background in neuroscience.

Below we outline the most commonly held, or “classic,” neuromyths among study participants, then go on to explore why they’re still so widespread, even among educators with a background in neuroscience.

1. We have learning styles that are dominated by particular senses (e.g. seeing, hearing, touch).

This was the second-most commonly endorsed neuromyth in the survey, with 71% of educators, 68% of educators with neuro training, and 88% of the general public believing it.

“The contrast between the enormous popularity of the learning-styles approach within education and the lack of credible evidence for its utility is, in our opinion, striking and disturbing,” wrote Harold E. Pashler, a professor of psychology at the University of California at San Diego, in 2009. “If classification of students’ learning styles has practical utility, it remains to be demonstrated.”

Pashler conducted an exhaustive investigation into the existing scientific literature on learning styles theory in 2008 and found that most studies did not accurately test the theory, and the ones that did test the theory according to proper scientific standards actually revealed that the same learning method was superior for all kinds of students.

2. A common sign of dyslexia is seeing letters backwards.

The “backwards reading” myth is decades-old, and grew out of early theories of dyslexia that emphasised visual forms of the disorder.

“Such visual theories of dyslexia were rejected decades ago as it became clear that impairments in language abilities, primarily phonological awareness, formed the underpinnings of dyslexia,” write the authors of the paper. “Some children with dyslexia do make letter reversals, but typically-developing children make reversals as well, particularly during early literacy acquisition. Such reversals early in literacy acquisition (i.e. kindergarten) are not related to later reading ability (i.e. 2nd-3rd grade). For children with dyslexia who make persistent letter reversals beyond the normative age, these reversals can best be understood as a consequence of poor reading and its associated cognitive impairments, rather than a cause of the reading problems.”

Fifty-nine percent of educators believe this one, along with 50% of neuro-trained educators and 76% of the general public.

3. We learn better when we receive information in our preferred learning style.

This was the most commonly endorsed neuromyth, with 76% of educators, 78% of educators with neuro training, and 93% of the general public believing it. But the authors say there’s really no evidence to support it.

They explain: “While it is clear that many individuals have preferences for different styles of learning, the lack of empirical evidence for assessing these preferences and using them to inform instruction in order to improve student outcomes raises concerns about the pervasiveness of the theory and its near universal impact on current classroom environments.”

One reason why learning styles theory may appear to help in the classroom is that educators end up teaching in multiple modalities (visual, auditory, kinesthetic, etc.), and the act of presenting the same information in different ways actually has been shown to support learning and memory. But this is not the same thing as support for the theory.

4. We’re either right-brained or left-brained.

A simple explanation for this one: “The neuromyth that people are either ‘left-brained’ or ‘right-brained’ partly stems from findings in the neuropsychological and neuroimaging literatures demonstrating the lateralisation of some cognitive skills (i.e., language).” In reality, we rely on both hemispheres for different forms of thinking, whether that thinking is related to the sciences or the arts or both.

This myth is left over from the 1970’s, when a handful of researchers found links between sugary foods and cognitive deficits, particularly in school-aged children. Several studies in later decades highlighted correlations between sugar and hyperactivity disorders like ADHD. But the majority of controlled studies don’t support these findings.

“For some reason, nutrition and behaviour generate a lot of mythology,”says Harris Lieberman, a researcher who studies diet and cognition at the U.S. Army Research Institute of Environmental Medicine. “But in the controlled studies that investigate whether sugar versus placebo make children more hyperactive and interfered with their ability to concentrate, it’s clear that sugar is not linked to hyperactivity in kids. But it’s very difficult to convince people once they think they are observing a relationship that it doesn’t exist, regardless of how many scientists say so and how many studies have been done.”

The Mozart Effect is another neuromyth that receives widespread belief despite scant supporting evidence. “There is little evidence left for a specific, performance-enhancing Mozart effect,” write the authors of a 2010 paper investigating the effects of classical music on spatial task performance. In general, researchers have been hard-pressed to replicate the results of the initial study that popularised the theory nearly twenty-five years ago. Still educators continue to believe that listening to Mozart helps us focus and aids academic performance.

7. We only use ten percent of the brain.

This myth may have originated with Karl Lashley’s series of experiments demonstrating that rats could learn specific tasks even after large parts of their brain had been removed, which seemed to suggest that the human brain wasn’t being used at its full capacity. But Marcus Raichle, a neuroscientist at Washington University in St. Louis and a member of the Dana Alliance for Brain Initiatives (DABI), has since proposed that, even at rest, the brain is working at full capacity. Most neuroscientists actually support this view now.

“One assumes that training in education and in neuroscience would dispel neuromyths,” the authors write, going on to acknowledge that, in reality, “both educators and individuals with high neuroscience exposure continue to endorse about half or more of the ‘classic’ neuromyths, despite their training.”

Why is this? What makes these neuromyths so hard to shake, even among those who should be most resistant to them? The authors offer a few theories, which we’ll summarise for you below.

Why the Continued Misconception?

Noting the very high rates of endorsement of these neuromyths, even among individuals with considerable neuroscience exposure, the authors present a few theories as to why these myths persist:

Oversimplification of Learning and Cognition

“One characteristic that seems to unite the 7 ‘classic’ neuromyths that clustered together,” the authors write, “is an underestimation of the complexity of human behaviour, especially cognitive skills like learning, memory, reasoning, and attention.”

Instead of highlighting these complexities, each neuromyth “seems to originate from a tendency to rely on a single explanatory factor, such as the single teaching approach that will be effective for all children (learning styles) or the single sign of dyslexia (reversing letters), or the single explanation for why a child is acting out (sugar). Such over-simplified explanations do not align with the scientific literature on learning and cognition.”

“In the last 20 years, the field of neuropsychology has experienced a paradigm shift marked by an evolution from single deficit to multiple deficit theories to reflect an improved understanding of complex cognitive and behavioural phenotypes. Such a multifactorial framework might be helpful for developing a curriculum that could dispel neuromyths. Within this framework, lessons would explicitly identify the many factors that influence learning and cognition and demonstrate how a misunderstanding of the magnitude of this complexity can lead to each neuromyth.”

The Gap Between Research and Education

The authors also emphasise how large the gap is between the lab and the classroom, citing “differences in the training background and professional vocabulary of education and neuroscience,” “different levels of inquiry spanning basic science questions about individual neurons to evaluation of large-scale educational policies,” the “lack of professionals and professional organisations trained to bridge the disciplinary gap between education and neuroscience,” the “inaccessibility of empirical research behind paywalls which fosters increased reliance on media reports rather than the original research,” and the “appeal of explanations that are seemingly based on neuroscientific evidence, regardless of its legitimacy,” as obstacles to closing this gap.

Learning in the Brain vs. the Classroom

One possible explanation for the high percentage of myths endorsed by educators with neuro training, the authors say, is to consider that many of these myths are more closely related to learning and education than the brain and its function.

“This suggests that individuals with a significant number of neuroscience classes are susceptible to these misunderstandings because of the different levels of analysis of neuroscience vs. education. For instance, students might learn the synaptic basis of learning in a neuroscience course, but not educational theories of learning and how learning styles as an educational concept has developed and proliferated. Similarly, neuroscience students might learn the brain correlates of a developmental disorder such as dyslexia without discussing the behavioral research dispelling the neuromyth that it is caused by letter reversals.”

Put a different way, the authors’ findings suggest that “if educators were to take a class in neuroscience that did not specifically address neuromyths, it would be unlikely to help with dispelling the misconceptions that are most closely related to learning and education.”

One suggestion the researchers offer as partial solution to all of this is to simply be more explicit about neuromyths themselves.

“A curriculum to effectively dispel neuromyths should also include a preventative focus,” they write. “For instance, lessons might make individuals aware of the cognitive bias to judge arguments as more satisfying and logical when they include neuroscience, even if this neuroscience is unrelated to the argument. It might be particularly useful to point out that individuals with less neuroscience experience are particularly susceptible to this error in logic. A greater awareness of this cognitive error might be an important first step toward preventing new neuromyths from proliferating.”

Let’s hope we can get educators and the general public busting myths and back on track with more practical strategies like this one.