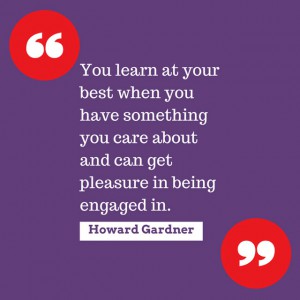 A new study from the University of Michigan confirms the importance of curiosity in learning, suggesting that cultivating students’ curiosity from an early age can help reduce the otherwise harmful effects of poverty, improving math and reading scores in particular.

During the study, published in Pediatric Research, Prachi Shah and her team found that students from poorer communities whose parents or teachers had instilled in them a sense of inquisitiveness performed better academically than their peers who’d come from similar backgrounds but hadn’t developed that “joy of discovery” or “motivation to seek answers to the unknown.”

Shah and her team drew upon data from the Early Childhood Longitudinal Study, a nationally representative population-based study in the US which has followed thousands of children from their birth in 2001 until reading and math skills were measured in 2006 and 2007. They found that more curious children performed better in reading and math than less curious children, the levels of which were reported by their parents and teachers.

In fact, curiosity was just as predictive of academic achievement as effortful control. An eagerness to learn new things goes a long way, Shah explains, carrying students along even when they don’t seem to put in much deliberate effort:

“These findings suggest that even if a child manifests low effortful control, high curiosity may be associated with more optimal academic achievement.”

These are especially significant findings for students from lower socio-economic backgrounds. Since children from these backgrounds have less access to stimulating reading or math materials at home, they don’t get the same academic encouragement at home that students from richer backgrounds often do. So developing curiosity is a good substitute if parents can’t afford resources like books, educational computer games, and brain-teaser toys.

“Currently, most classroom interventions have focused on the cultivation of early effortful control and a child’s self-regulatory capacities, but our results suggest that an alternate message, focused on the importance of curiosity, should also be considered.”