Why Curiosity Is Essential to Motivation 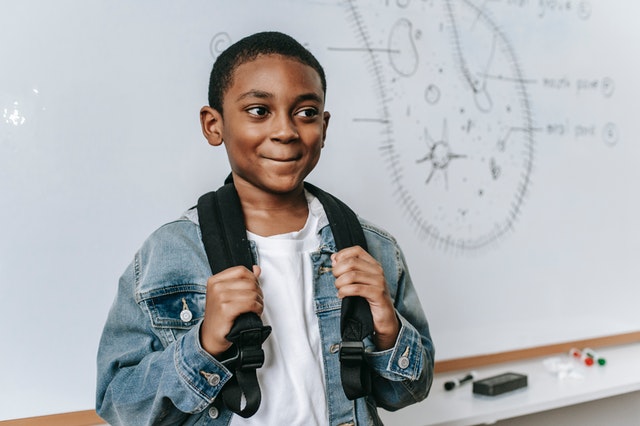 It would seem logical to begin research on motivation by examining the thing that motivates—the end goal, the desired outcome, the carrot on the end of the stick. That’s what Dr. R. Alison Adcock, Assistant Professor of Psychiatry and Behavioral Sciences at Duke University, and her team have done in a series of studies examining how people respond to different rewards. But the results of their studies have been surprising, indicating more variation from person to person than her team expected:

“One of the things that has felt most productive from our work is evidence that rewards mean very different things to different people—and we can see that in how their brains respond.”

For example, when Adcock and her team offered study participants monetary rewards for completing a puzzle, some participants’ brains lit up in the pleasure center and other participants’ brains responded with what looked like anxiety or fear. Of the latter group, Adcock says, “Some people responded like we were threatening them with an electric shock when we promised them money for doing a maze.” For whatever reason—performance anxiety, fear of failure, lack of confidence—these people felt stressed instead of motivated when presented with the prospect of monetary rewards.

This means that examining external rewards may not be the best way to understand motivation after all. A better way, in fact, may be to look at what drives us when no visible external reward is present.

Adcock also runs the Motivated Memory Lab at Duke’s Center for Cognitive Neuroscience, and studies the way desire and curiosity motivate us to remember some things better than others. To better understand motivation, she says, “we can’t just look to rewards, but the brain state that precedes the activity and fuels that curiosity.”

As we know, motivation affects not only performance (as in completing a puzzle) but learning as well. We learn more efficiently when we are motivated simply because our brains better retain what we’re interested in. But the underlying reasons for our interest in certain things—the curiosity and desire that accompany our intentions and actions—these, not the rewards themselves, are what fuel motivation. The trouble is identifying what these things are.

“We humans can say what we think we’re motivated by,” Adcock explains, “but we’re actually not good reporters of it.”

For example, those who appear to be incentivised by money aren’t really in it for the money; they’re in it because they’re curious about the things (power, pleasure, status) money can bring them and the desire to satisfy that curiosity. It’s that anticipatory brain state—largely defined by curiosity and desire—that Adcock believes we should pay closer attention to.

“That’s really the focus of my laboratory right now: to answer the question of what circumstances produce curiosity and to see if we can teach people to generate that state for themselves.”

So what does that brain state look like, exactly, and can it be deliberately channeled to increase motivation in ourselves and others?

What Makes Us Curious?

Adcock has a few ideas in this vein. First, what doesn’t make us curious:

“From what we understand about the brain systems for motivation, you can’t be afraid, you can’t be anxious—because anxiety systems really clamp down on curiosity and produce stereotyped, rapid, simple responses that short circuit the kind of playful curiosity we’re so interested in facilitating in education and in therapy, too.”

Punishments are even more problematic, she says. “The comparisons between reward and threat motivators show that threat motivators are likely to impair learning—and that has great implications for many educational strategies like high-stakes testing.”

What does facilitate playful curiosity is an environment where we feel “safe and valued—not tense and worried.” This insight is confirmed by recent research showing that feeling safe makes us more creative.

In addition to a safe environment, we need to connect playful, exploratory behaviour with the highest rewards.

“If you give a child M&Ms for violin practice, they can’t be contingent on some particular behavior. If they are, what you’ll get is more of that specific behavior, which is not necessarily going to induce exploratory behavior. You could give M&Ms before or after violin practice, no matter how well it went. It might work, but the tit for tat of reinforcing violin is probably not going to inspire the playful attitude you want either.”

It’s this “playful reward anticipation” that inspires curiosity, thereby fueling motivation. Once we’re motivated by this curiosity, our brains are primed to remember what we learn along the way:

“Our work suggests that the motivational systems prime the hippocampus [the part of the brain responsible for memory] to record what’s important. And it’s a powerful explanation for why we remember what we do. It’s a brain state that makes us more receptive to incoming information.”

This is an extremely valuable insight for those of us interested in using motivation to enhance learning.

“Laying it all out in the brain systems made it clear that individual differences in motivation aren’t just rhetoric. It showed that how people were being driven really determined how well people learned.”

Adcock and her team are now trying to simulate a motivated brain state in the lab. She describes one of her projects as follows:

“We’re now working on a series of studies where we’re asking people to try to generate these motivational states on their own. We simply asked people to just envision a motivated state. We gave them a few examples, like a coach saying encouraging words or a physical triumph of some sort, but we really left it up to the participants to find imagery that worked for them.

“I thought that we could just ask people to do this because they are so good at gearing up to get things done, especially in an academic setting. I thought they would do this pretty reliably and we’d see this in the activation in the midbrain, where the dopamine neurons reside. But when study participants were asked to do this, it was pretty unreliable. Some people were able to activate this brain system, others couldn’t. But then we gave them feedback on different techniques that might work—and showed them their activation in the midbrain. At the end of 20 minutes, people were able to activate the system with that feedback. So the surprises there were two-fold. One, people weren’t better at motivating themselves. Second, they could use our feedback to select strategies and do it better with no external stimuli. Those are fun outcomes with a lot of different implications.”

Many of these implications hold promise for students and teachers hoping to improve learning outcomes in both formal and informal education settings.

“Motivation, whether it’s positive or negative, has profound impact on what happens in the classroom. We’re still trying to understand all the ways that these states can influence the way students learn, and ultimately extend these insights to other learning contexts like psychotherapy and behavior change.”