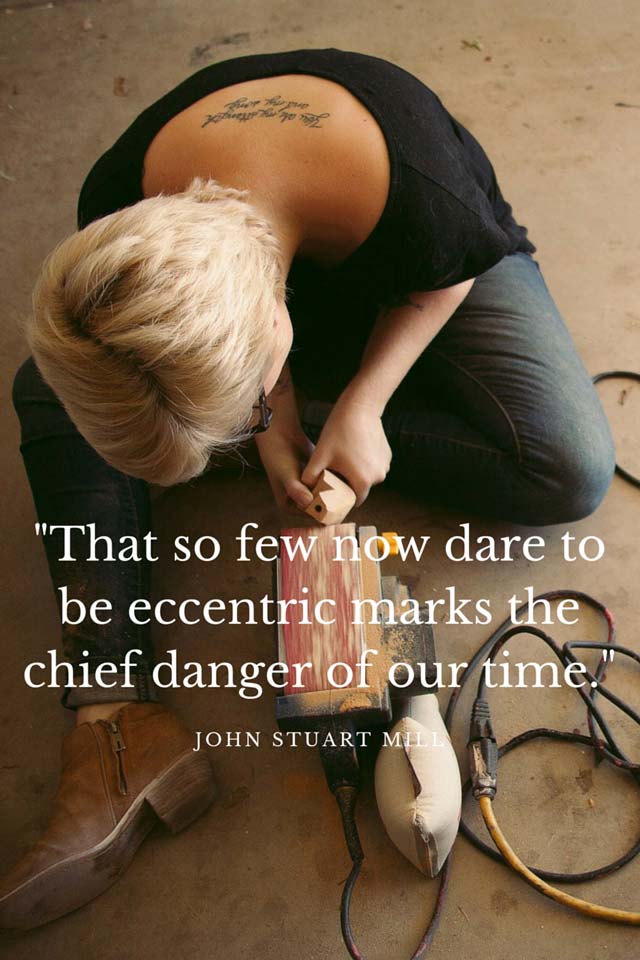 We esteem creativity as a desirable attribute in both educational and professional settings, but how much do we really know about it? Can we differentiate the things that stifle it from the things that make it grow? Can we step back and examine our own habits in the harsh light of science? Or will we continue to believe what we want to believe?

Below we investigate ten habits that impede creative growth, both for ourselves and others. Many of them seem very natural to us, but it’s in that regard that they do us the most harm. Take a look.

1. Thinking “outside the box”

Dr. Ron A. Beghetto, co-creator of the Four C Model of Creativity, says, “I have a real problem with ‘thinking outside the box,’ because in reality we need to think creatively inside many boxes.” Popular slogans associated with creativity, such as “free your mind” and “eliminate all constraints,” sound liberating, but Beghetto says they’re unrealistic and, ultimately, inaccurate.

“Constraints provide an important and necessary counterbalance to originality. The results of a recent study, for example, demonstrate how originality requires restraints. Participants in the study were instructed to develop ideas for a new sport. The ideas that were most favorably rated (i.e. as actually playable) were ideas based upon preexisting sports, rather than original, less familiar ideas.” Beghetto uses improvisational jazz as another example of creative expression arising from a set of familiar parameters.

“Rewards are no more helpful at enhancing achievement than they are at fostering good values,” writes Alfie Kohn. “At least two dozen studies have shown that people expecting to receive a reward for completing a task (or for doing it successfully) simply do not perform as well as those who expect nothing.” This goes for young children, older children, and adults; for males and females; for rewards of all kinds; and for tasks ranging from memorising facts to designing collages to solving problems. “In general,” Kohn says, “the more cognitive sophistication and open-ended thinking that is required for a task, the worse people tend to do when they have been led to perform that task for a reward.”

Nuria Parez Paredes, educator, parent, and author of The Adventures Archive, agrees. “Prizes and stickers eliminate the intrinsic pleasure of creative activities. We want engaged, motivated children, not just kids with their notebooks filled with stars.”

For more information on the science behind rewards, check out Dan Pink’s amazing Ted Talk on motivation here. 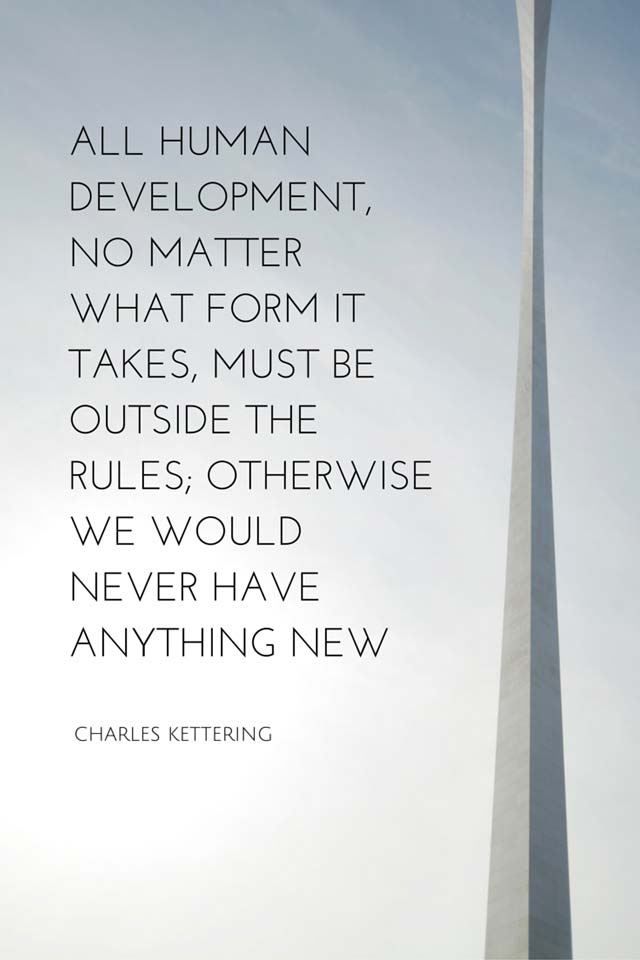 You could argue that, in some contexts, having limited choice can actually enhance creativity. But that’s not what we see going on in today’s learning environments. What we see is a very strict, tightly structured curriculum in which students have zero input and few opportunities to choose their own learning paths. Everything is predetermined, including syllabi, assignments, tests, and grading procedures. No wonder engagement levels always seem to be at an “all-time” low–nothing ever changes. Limited intellectual freedom breeds limited intellectual engagement.

“We put our children into a system that teaches them ‘there is only one right answer'” Paredes says. “Most toys come with instructions and we barely let them choose. However, exploring options is at the heart of lateral thinking. Creative kids feel free to propose alternative solutions and are keener to follow their curiosity.”

If you’ve ever learned to cook or play a musical instrument, you can easily understand how important it is to cover the basics before getting fancy. It’s the hallmark of the learning process.

“Content matters,” says Dr. Helen Abadzi, former education specialist for the World Bank. “It’s the fuel for future creative ideas.” An education that fosters creativity, she says, should build automatised basic skills in reading, math, and reasoning. “Educators must exercise the students’ ability to retrieve and use knowledge in order to generate ideas, as unusual as they may seem, and to do so with sufficient speed to reach higher levels of complexity. This requires practice. So it matters to spend time on task and repetition until the mental operations become effortless (i.e. automatised).”

The high-stakes standardised test may be even worse for students’ creativity. As Noam Chomsky puts it, “The assessment itself is completely artificial. It’s not ranking teachers in accordance with their ability to help develop children who will reach their potential, explore their creative interests. It’s a rank that’s mostly meaningless. And the very ranking itself is harmful. It’s turning us into individuals who devote our lives to achieving a rank. Not into doing things that are valuable and important.”

Creativity requires time to flourish. Studies have shown that liesurely activities such as taking a walk improve creative thinking. If we don’t have time for a simple stroll down the block, then we don’t have time for creativity. And that’s dangerous. Even if you have to schedule time to daydream, it’s better than throwing away your creative potential in favour of working until midnight.

The same goes for assigning homework to students. Why give them so much homework that they don’t even have time to reflect on it? You may be instilling in them a healthy work ethic, but you’re almost certainly draining their creative juices. 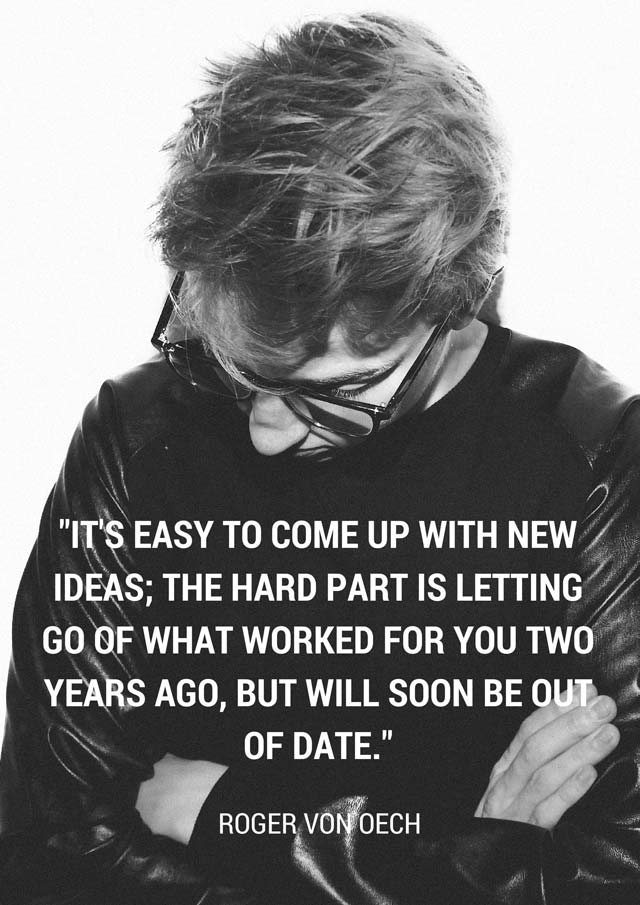 Of course, no one who becomes aware they are using an outdated method would continue to use it (hopefully), but for those of us who aren’t aware, here’s a sample of the techniques that are past their prime: teacher-centred instruction, right brain/left brain paradigm, learning styles theory (VARK), multiple intelligences theory, teaching to the test. None of these methods does anything to promote creativity.

Though careful monitoring may be necessary in certain contexts, like establishing authority and management practises at the beginning of a term, micromanaging students is never a good idea. “If kids are constantly being observed, and we are always giving them advice, they won’t learn to take risks and they won’t experience the value of making mistakes as part of the process,” says Paredes. They also won’t appreciate us very much if we don’t give them space to grow and explore on their own.

9. Bringing technology to the student

Raleigh Werberger, a high school history and humanities teacher in New York, has been trying to use Google Docs with his ninth graders.

“I’ve viewed [educational] technology as the means to sharing knowledge, in addition to acquiring or manipulating it,” Werberger says. “Yet I find that not only has the computer itself become something of a distraction, but the students aren’t making enough use of the tech’s ‘share-ability’–that is, they struggle to work effectively together on it, and to have their ideas cohere in an intelligible way.”

He started thinking that one fault of technology is that it “brings the world to the student, rather than spurring the student to get up out the chair and go find it.” He noticed that some of his students liked to work standing up, or found reasons to walk around while thinking. “Could there be a way,” he asked, “to restore a kinesthetic element that had begun to disappear… with my reliance on web tools?”

Werberger gave his students a large sheet of butcher paper, a pack of Post-it notes, and a few pens, and instructed them to draw a large T-chart on the butcher paper. He then led them through a compare-and-contrast exercise and asked them to begin writing down details (one per Post-it note) that struck them as meaningful and important and put them on the chart. Next, he asked students to start looking for natural groupings, arrange the Post-it notes by their similarities, and come up with a statement about the theme that linked those groupings together.

What Werberger was doing, in effect, was teaching them to use Google Docs without using Google Docs. And he found that when it finally came time to try the technology out again, students were far better prepared.

We often underestimate the impact language has on our attitudes and habits. When we say things like “I am creative” or “I am not creative,” we are defining ourselves as such. That’s simply the nature of the verb “to be” in the English language. In many other languages, it’s more common to “do” or “have” a quality, which liberates you from the responsibility of constantly representing it. But in English, you “are” smart, you “are” stupid, you “are” a good student, you “are” a good teacher.

But the great thing about language is that it is a tool. We can use it however we’d like. Instead of telling students they “are creative” or they ought to “be creative,” tell them simply “to create.” It cuts out the abstract middle-man and encourages students to “do,” not just “be.”