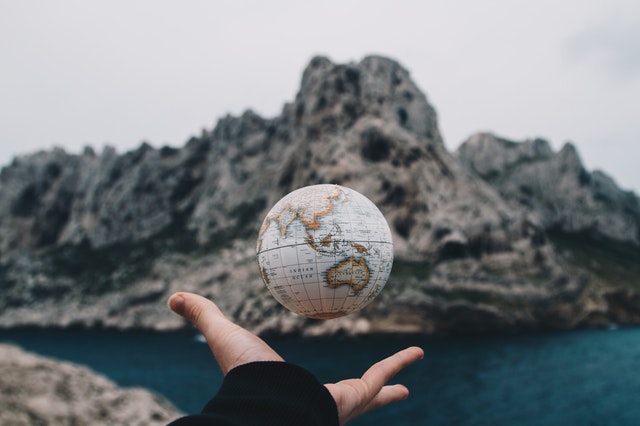 Climate change is hard on the brain. It’s effort enough to do the necessary research to fully wrap our heads around what’s happening to the planet, let alone what we can do to preserve it. For some of us, it’s easier to deny this reality than to confront it and change our habits. Once we accept the reality of it, our brains can become overwhelmed unless we choose a specific way to contribute and make a conscious plan to take action in our own individual way.

In a recent piece for PBS News Hour, Nsikan Akpan outlines several ways our minds can deceive us into thinking climate change is someone else’s problem. He calls these “cognitive barriers” to accepting responsibility and effecting change. Just as we compartmentalize unpleasant memories or ignore personally irrelevant information, humans tend to favor the “dragons of inaction” because they make life easier in the present.

But we are all in this together. As the 91-year-old psychiatrist and historian Robert Jay Lifton says, “If one considers oneself, as I do, part of the human flow, part of the Great Chain of Being, part of human connectedness, which extends from generation to generation, of course it includes one’s own children and grandchildren—and I have those. But it’s more than that. It’s continuing the human chain that one has been a part of.”

With that, we’ve put together a list of five ways you can overcome the cognitive barriers to climate change action and become a hero in your own small way.

It took the world three decades to reach an agreement on how to tackle climate change, and even now we don’t have formal laws in place to ensure each country is doing its part. Two years after the Paris Climate Agreement, at the COP24 Conference in Poland, countries finally settled on a system to hold one another accountable for putting the goals of the PCA into practice. Accountability is essential to change.

We can teach ourselves (and our students) to create accountability systems so we can each stay dedicated to climate change action. Combine forces with a friend or colleague who also wants to change their habits and agree to check in on each other every so often.

2. Resist the urge to discount it all.

It’s easy to discount climate change as a problem happening elsewhere. Melting glaciers in Antarctica? Seems too distant to be relevant to you, right? Robert Gifford, an environmental psychologist at the University of Victoria in British Columbia, found that of 3,200 people across 18 nations, they found a majority—those from 15 countries—who falsely believed that climate change wasn’t a local problem. The reality is, there are signs around you, wherever you live on the planet, if you look closely enough. The past four years were the warmest on record, and you’ve likely taken notice.

3. Keep yourself informed about climate change.

Stay up to date with the latest research on climate change to see how you can make a difference. For example, environmental experts now say that eliminating red meat consumption is one of the primary ways to make a difference on an individual level since expanding farmland is encroaching on the world’s forests, which play a crucial role in absorbing carbon dioxide and keeping the planet cool. Educate yourself in order to adopt more environmentally sustainable lifestyle habits.

Motivational public figures like James Clear who encourage us to not just change our daily habits to align with our goals but also adopt specific identities around those habits, such as “I am the type of person who doesn’t miss workouts” or “I am the type of person who recycles.” In this vein, you can adopt a “green identity” to reinforce your goals as part of your character, making it easier to stay motivated each day. If you already think of yourself as a “green” person rather than projecting that image onto some future version of yourself, you’ll be more likely to stick with your habits.

5. Focus on making a difference, not a sacrifice.

“One messaging strategy that works across the board is not telling people that they’re going to have to sacrifice,” says Gifford. “Research shows that pro-environment messages stick best when you tell people that they can be a hero by helping others.” As you change your habits, focus on the difference rather than the sacrifice you’re making.

“The most important outcome of the [Paris climate] meeting may well have been enhanced awareness that we are all members of a single, threatened species,” says Lifton. “This is the power of what I’m calling the climate swerve, which really amounts to species awareness of the danger that we face, along with a capacity to take the necessary steps to avoid, really, the end of our civilization.”