Why Does the Brain Love Stories? 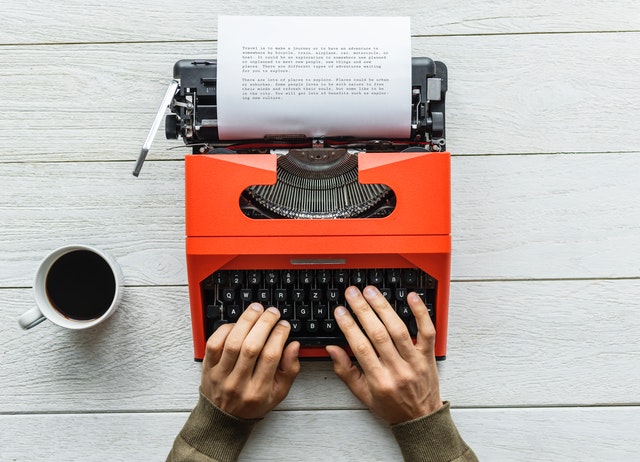 “We tell ourselves stories in order to live.” –Joan Didion

We’ve written about the power of storytelling before, but this time we’d like to dive deeper into the psychology of story as an organizational tool for the brain. Why does the brain latch onto narrative so tightly? Do we learn to communicate with stories as children, or has the human brain evolved to favor them? Importantly, is story the best way for the brain to make meaning, or are there other equally effective ways?

How Does the Brain Use Stories?

Most of us are familiar with mnemonic devices like the memory palace technique, where you place items to be remembered in certain mental rooms in a mental house. The idea is that place grounds memories that might otherwise float freely around the mind without an organizing container to aid recall. Story works the same way, providing a framework for the content of our lives. But there are many reasons stories work so well to help us remember information, aside from serving as a mold to hold experience: they engage many parts of the brain at once (thereby creating many associative cues to help recall the memory later), engage us emotionally (the brain keeps a tighter hold on emotional information), and ground experiences in time (thereby helping us make sense of the present).

To Imagine the Future

Narratives also help us plan the future. Research points to the link between recalling the past and planning the future, suggesting that the same regions of the brain are activated in each case. This explains why patients with severe amnesia may also have problems imagining the future.

“The way someone imagines his future seems to affect the way he sees his past, at the same time as his past informs what he expects for the future,” writes Julie Beck in a piece for The Atlantic. In the piece, Beck asks Dan McAdams, professor of psychology at Northwestern University, to comment on this phenomenon: “If you’re planning to be a doctor, and you’re a 25-year-old starting medical school, and you have expectations about what the next five to 10 years are going to be like, you’ve probably construed a narrative from your past that helps you understand how you got to this point. Then, say, you get into med school and you hate it and you drop out, you probably at the same time are going to change your past. You rewrite the history.”

We tell stories to capture the attention of others because we know they will listen. In conversation, especially, stories provide a situation with the sense that an event is taking place, even though the speaker is usually talking about something in the past or the future. Listeners recognize the format of a story about to be told, and perhaps for that reason can become witnesses to and engage with something more than the speaker’s train of thoughts. The fact of its telling feels like an event more so than simple back and forth chatter because we can anticipate its shape. It would be worth researchers’ time to study whether being told a story and actually going to an event with the storyteller are processed similarly in the brain.

“A story is the only way to activate parts in the brain so that a listener turns the story into their own ideas and experience,” says storytelling and learning researcher Gerry Beamish. “In terms of influencing there is nothing more powerful than people thinking that the idea is their own.”

Neuroeconomist Paul Zak has found that storytelling releases oxytocin in the brain. It also allows us to empathize with others by forcing us to take another perspective.

“Story is the grease and glue of society: by encouraging us to behave well, story reduces social friction while uniting people around common values,” writes Jonathan Gottschal in The Storytelling Animal. “A society is composed of fractious people with different personalities, goals, and agendas. What connects us beyond our kinship ties? Story.”

Most of all, stories provide humans with a way to make meaning of life experiences—both ours and others’. It’s hard to imagine organizing experience without them. More than helping us organize life internally, stories are meant to be communicated externally as well. In fact, the perspective we hold on our own experience can change when we share it with others.

If we keep our stories to ourselves, we’ll most likely miss out on “the enrichment that comes with a back-and-forth conversation”:

“A listener ‘may give you other things to think about, or may acknowledge that this thing you thought was really bad is actually not a big deal, so you get this richer and more elaborated memory,'” writes Beck, quoting the developmental psychologist Monisha Pasupathi. “If you don’t tell your life stories, ‘your memory for that event may be less flexible and give you less chance for growth.’ This is basically the premise of talk therapy.”

In his book Loose Ends, the psychologist James Hillman sums up the power of story this way:

“From my perspective as a depth psychologist, I see that those who have a connection with story are in better shape and have a better prognosis than those to whom story must be introduced. To have ‘story-awareness’ is per se psychologically therapeutic. It is good for the soul.”

It’s easy to see how storytelling became so ingrained in human culture, serving us in the many ways outlined above, but is its appeal passed on to us in our genes or in our upbringing?

In Hillman’s view, we begin using stories to communicate when we’re children, so it becomes the default means of organizing our life experience as adults.

“One integrates life as story because one has stories in the back of the mind (unconscious) as containers for organizing events into meaningful experiences. The stories are means of telling oneself into events that might not otherwise make psychological sense at all.”

Others, like Zak, believe there’s an evolutionary reason for the power of story. His work highlights the role of the neurochemical oxytocin in transporting listeners and inspiring prosocial behaviors:

“Our previous study pointed to oxytocin as the biological instrument that puts people in thrall to a story,” Zak writes. “We also found that the change in oxytocin was associated with concern for the characters in the story, replicating our earlier finding. If you pay attention to the story and become emotionally engaged with the story’s characters, then it is as if you have been transported into the story’s world. This is why your palms sweat when James Bond dodges bullets. And why you stifle a sniffle when Bambi’s mother dies.”

So, in some very strong capacity, the brain is wired to respond to stories in particular. Zak’s research isn’t at odds with Hillman’s view; it only goes to show that we are born with story-oriented brains into a story-oriented human culture. The power of narrative is undeniable.

But what is it about a story that provides meaning, exactly? Is the structure just as important as the content? How does a certain storytelling method influence the brain?

Do Stories Need to Be Linear to Be Meaningful?

Aside from emotional appeal, what is it that makes a story so compelling? Does chronological time have to be the organizing principle? Could a narrative be non-linear and still engage us?

The writer Lacy M. Johnson talks about “writing against chronology” as a technique in creative nonfiction and memoir. In an episode of the podcast Between the Covers, she says that if memoir is a mode of investigation into personal experience, a chronological approach makes little sense.

Many works of creative nonfiction achieve meaning without following a linear form. See David Shields’s Reality Hunger, for example, which is composed of segmented excerpts arranged by theme. In the book, he writes that in a lyric essay, “momentum… derives not from the narrative but from the subtle, progressive buildup of thematic resonances.”

Can we look at life the same way? As an alternative, non-linear way of organizing experience in our minds? What would happen to our relationships—with ourselves, other people, with life itself?

All this begs the question of where a story really gets its meaning from. Is it emotion over time, or can it be emotion independent of time?

One interesting way to examine this further is to consider the way autistic people see the world.

Although the default mode of human cognition is a narrative mode, says Johnathan Adler, assistant professor of psychology at Olin College of Engineering, “sometimes in cases of extreme autism, people don’t construct a narrative structure for their lives.”

Does this mean there are people whose life stories are more like a James Joyce novel than anything else?

But McAdams adds: “Stories don’t have to be really simple, like fairy-tale-type narratives. They can be complicated. It can be like James Joyce out there.”

So it appears that “autobiographical reasoning” does not require a linear form, only an ability to organize and make meaning of events in a way that conveys “lessons learned or insights gained in life experiences, marking development or growth through sequences of scenes, and showing how specific life episodes illustrate enduring truths about the self.”

How you do this is up to you.

Psychologists tend to agree that, regardless of whether there’s temporal coherence to our stories, there will be meaning as long as our brains are wired to find meaning. “Even if you’re living your life as randomly as possible, enough things will happen that, like monkeys with typewriters, patterns will start to emerge.”

In fact, we are the authors of our stories precisely because they don’t have to fit a certain structural mold.

“A life story is written in chalk, not ink, and it can be changed,” writes Beck. “’You’re both the narrator and the main character of your story,” Adler says. “That can sometimes be a revelation—‘Oh, I’m not just living out this story, I am actually in charge of this story.'”

“The past is always up for grabs,” McAdams says.

What’s more, if you’re concerned about false memories, the good news is that it doesn’t matter so much how “accurate” your story is.

“What really matters isn’t so much whether it’s true in the forensic sense, in the legal sense,” McAdams says. “What really matters is whether people are making something meaningful and coherent out of what happened. Any creation of a narrative is a bit of a lie. And some lies have enough truth.”