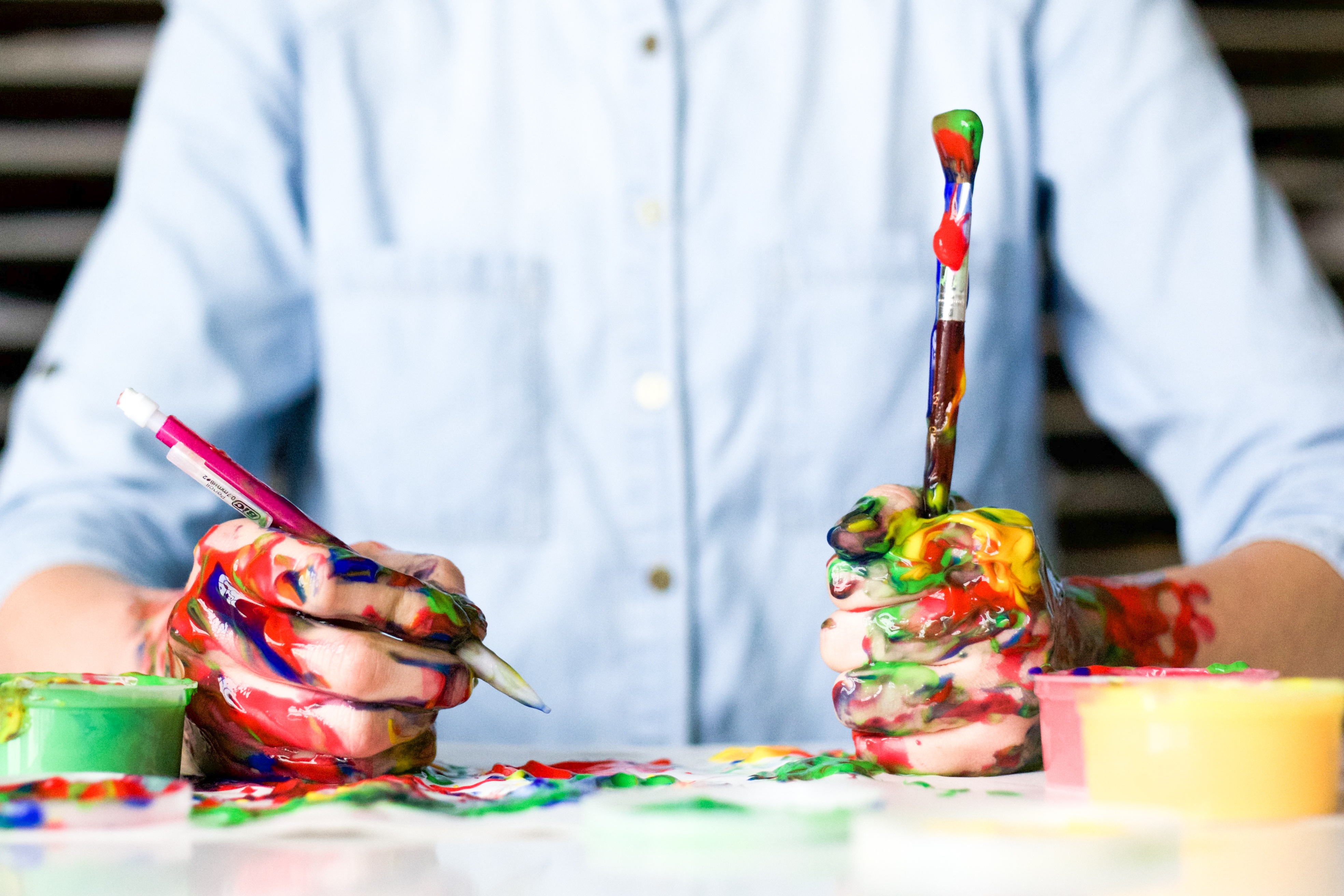 Few people would argue with the statement that exposure to the arts is good for the mind. But how much attention should we be giving the arts in schools? That depends on what the research tells us. But until very recently, the scientific literature on this topic has been sparse.

“The problem is that almost no one is bothering to study and document the extent to which the arts and culture can affect students,” writes Jay P. Greene, professor of education reform at the University of Arkansas at Fayetteville. “These cultural experiences improve students’ knowledge about the arts, as well as their desire to become cultural consumers in the future.”

Exposure to the arts also affects the values of young people, making them more tolerant and empathetic.

“We suspect that their awareness of different people, places, and ideas through the arts helps them appreciate and accept the differences they find in the broader world,” says Greene. “Arts experiences boost critical thinking, teaching students to take the time to be more careful and thorough in how they observe the world. Noticing details in paintings during a school tour, for example, helps train students to consider details in the future.”

But we need more research on how art impacts a student’s educational journey. “Perhaps the arts encourage students to be more engaged in school, improve graduation rates, and increase college attendance, all of which tend to contribute to happiness and productivity.” We won’t know, Greene says, until we are willing to measure these things:

“None of this research will occur until defenders of the arts recognise the need for it. Art collectors are bidding up prices, and enormous fortunes are devoted to acquiring and displaying art. It makes little sense for arts patrons to spend a fortune acquiring and commissioning masterpieces, while failing to demonstrate the benefits of the arts with quality research. To determine whether there are important social benefits derived from arts activities, money should be invested in funding rigorous research, which can be expensive.”

Greene adds: “If the arts and culture are to remain a vibrant part of [students’] education, arts patrons will need to step forward to help pay for the kind of quality research that shows not only what those benefits are, but just how significant they can be.”

Once we have the resources in place, and the research is underway, we can begin to determine how the arts relate to more specific benchmarks, like math and reading scores.

But there is some existing literature, and it sends a clear message: the arts matter, even more than you think.

Art Works Because It Is…Repetitive?

You read that right.

Karen Brown, who teaches an arts integration course in Michigan State University’s College of Education, explains, “Not only is it repetition, but it’s time spent whenever a [student] is learning something in a different way, that means they’re learning it again,” Brown said. “They’re repeating it, and so the immersion in their learning is a different form—through the arts—but it’s also more time spent on the content, so they start thinking critically and creatively.”

And this makes a difference in test scores.

According to researchers at Mississippi State University, effective arts integration can “reduce or eliminate educational achievement gaps for economically disadvantaged students.” In other words, when teachers reinforce academic concepts with the arts, students learn more and score higher on standardised tests.

The study compared results on language arts and mathematics Mississippi Curriculum Tests, fourth-grade writing assessments, and fifth-grade science tests to scores of students not enrolled in arts integrated courses and found that “the percentage of students scoring ‘proficient or above’ on standardised tests was significantly higher at [institutions]… that had effectively implemented the arts integration model.”

Teaching both the targeted content area and the arts together might take some special training, but Brown says it’s worth it because it “immerses the [student] in the content.”

8 Educational Benefits of the Arts

Researchers at Newcastle University have discovered that art can in fact fundamentally change our sense of who we are and how we view the world. For their initial project, they took groups of older people to major exhibitions in the North East of England to discover how they responded to contemporary visual art and whether these effects lasted beyond the initial encounter.

“The widely held belief that older people are stuck in their ways is not borne out at all by our findings,” explained Andrew Newman, lead researcher. “Three visits to a gallery is nothing and yet we saw a rapid change in opinions. It wasn’t unusual for participants to go from initially being uncertain to talking knowledgeably about the art by the final visit.”

It was many participants’ first experience of contemporary visual art, and they were “initially unable to understand the artworks in terms of what the artist intended to communicate.” But they quickly begun to use their own life histories—such as childhood memories and holidays—to make sense of them, “enabling a sense of continuity between then and now.”

Researchers at the University of Arkansas in Fayetteville found that field trips to live theatre performances enhance students’ literary knowledge, tolerance, and empathy. The research team found that reading and watching movies of Hamlet and A Christmas Carol could not account for the increase in knowledge experienced by students who attended live performances of the plays. Students who attended live performances of the plays also scored higher on the study’s tolerance measure than the control group by a moderately large margin and were better able to recognise and appreciate what other people think and feel.

A study called “One Thousand Words: Evaluating an Interdisciplinary Art Education Program” found that students in the medical professions can effectively be taught visual observation skills through the use of art.

Craig Klugman, chair of the Department of Health Sciences at DePaul, and co-author Diana Beckmann-Mendez, assistant professor of nursing at the University of the Incarnate Word, taught and evaluated “Art Rounds,” a semester-long course that brought together seven nursing students and 12 medical students at the University of Texas Health Science Center at San Antonio. The course, taught in 2012, offered an interprofessional learning opportunity for future clinicians who do not often get the chance to take courses together. The students met at the McNay Art Museum for four sessions and for four sessions in a classroom.

To hone in on observation skills, Klugman and Beckmann-Mendez taught students to use Visual Thinking Strategies (VTS), a technique originally developed to help kindergarteners look at art. They asked students, “What do you see? What do you see that makes you think that? What more do you see?”

The change in several areas was significant, the researchers found. After taking the course, students discussed emotion less and made more medical observations. “We didn’t teach students art terms, and as a result they drew from terminology they had already learned. Their language changed and tended to become more clinical,” said Klugman. Overall, students used more words to describe art and patients and increased their total number of observations.

After the course, students also told fewer personal narratives and stories and instead worked to interpret the images using only the evidence before them. In physical examinations, it’s important for clinicians to remove this type of bias, explained Klugman.

“Observation is key to diagnosis, and art can teach students to slow down and really look,” said Klugman. “Art is a powerful tool for teaching, and this program helped nurses and doctors become more adept at observation and encouraged them to move away from making assumptions.”

Identifying the public health and safety needs of children from low-income communities may be best accomplished through art, report University of Pittsburgh researchers in the current online issue of Progress in Community Health Partnerships: Research, Education and Action. In their paper, researchers describe the success of Visual Voices, an arts-based program that engages community members as partners in research.

The study was based on Visual Voices programs conducted with 22 children ages 8 to 15 in two low-income and predominantly African-American communities in Baltimore and Pittsburgh. During the Visual Voices sessions, participants created paintings and drawings to share their perceptions, both positive and negative, of community safety and violence, as well as their hopes for the future. Afterward, they combined their individual art projects into two “visual voice” exhibits that were publicly displayed in each city.

“Visual Voices is different than surveys or focus groups because it uses tools — crayons, paint and markers — that are familiar to children, and it can lead to in-depth discussions, encourage self-efficacy and help build trusting relationships between academic researchers and the communities they serve, added Dr. Yonas.

Surveying nearly 50,000 individuals of all socio-economic backgrounds, the Norwegian University of Science and Technology (NTNU) found that if you paint, dance, or play a musical instrument—or just enjoy going to the theater or to concerts—it’s likely that you feel healthier and are less depressed than people who don’t. Since we know that depression can affect a student’s ability to concentrate on his or her studies, it follows that art enhances focus and therefore engagement.

One major study involved 78 children from three California preschools, including one school serving mostly poor, inner-city families. The children were divided into four groups. One group took individual, 12-to 15-minute piano lessons twice a week. Another group took 30-minute singing lessons five days a week, and a third group trained on computers. The fourth group served as the control and received no special instruction. All students took tests before the lessons began to measure different types of spatial-reasoning skills.

After six months, the children who received piano keyboard training had improved their scores by 34 percent on tests measuring spatial-temporal reasoning. On other tasks, there was no difference in scores. Furthermore, the enhancement lasted for days, indicating a substantial change in spatial-temporal function. The other three groups, in comparison, had only slight improvement on all tasks. Subsequent studies continue to show a strong relationship between creating music with keyboards and the enhancement of spatial reasoning in young children.

Studying the arts can help you develop a sense of yourself as a learner. Judith Burton, Robert Horowitz, and Hal Abeles of the Center for Arts Education Research at Columbia University surveyed 2,046 children in grades 4, 5, 7, and 8 in 12 public schools in New York, Connecticut, Virginia and South Carolina. Instead of focusing on academic test performances and arts involvement, the researchers “dug into the basic intellectual processes and personal attributes that are at the foundation of cognitive development and resultant enhanced test performance.” They found that art students had more fully formed self-concepts regarding their education, possessing a clearer understanding of their own reading, math, and general academics skills. Teachers also rated these students as having more self-confidence.

The Columbia University researchers also found that students of the arts demonstrated more “resistance to closure”—in other words, a tendency to keep an open mind and avoid rushing to premature judgments or be satisfied too quickly with a possible solution.

“The arts play an important role in human development, enhancing the growth of cognitive, emotional, and psychomotor pathways,” says David Sousa, educational consultant and author of How the Brain Learns. “Schools have an obligation to expose children to the arts at the earliest possible time and to consider the arts as fundamental (not optional) curriculum areas. Finally, learning the arts provides a higher quality of human experience throughout a person’s lifetime.”