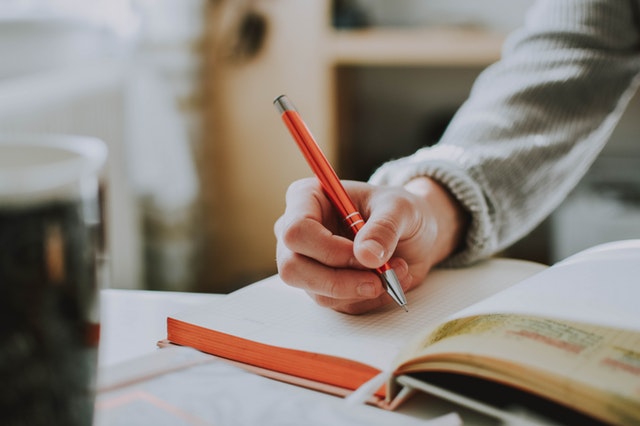 Productivity is something we all want more of. Now that we are riding a new wave of self-optimization strategies aided by technology, we expect life and work to become easier, not more complicated. But that’s not always what happens. Sometimes we need to take a step back from the shiniest new tool in the box and assess what will actually help us achieve the things we want to achieve.

One essential part of enhancing productivity is to know how the brain works. For example, in our effort to get more done, we can’t ignore the fact that our brain needs to rest and take breaks. A recent study found that all people need between seven and eight hours of sleep per night to function properly long-term. Research also shows that we can’t really multi-task despite our belief that we’re “getting things done” with seventy tabs open on our laptops. We should also pay attention to studies showing that, depending on the task, it may be best to space out your work or tackle it in more intense, focused periods. Below we’ll outline some of the best productivity tips for students based on how the brain works best:

In 2017, researchers at the Brain and Mind Institute conducted the world’s largest sleep study and found that people who sleep seven to eight hours per night have greater cognitive performance than those who receive less or more. We may think we need less sleep because we can still function, but over time our brains will benefit from receiving the right amount.

Being mindful of your own habits and productivity patterns is crucial if you want to get more done. Do you focus better in the morning, afternoon, evening? Does it depend on the kind of task—e.g. creative or non-creative? Research on student flow experience shows we’re all different in our habits and needs despite how similar our brains may be.

3. Trick yourself into feeling productive.

One interesting study showed that, even though we can’t technically multi-task, the brain can trick itself into being more productive by believing that it’s doing more than it is. For instance, if you’re attending a meeting and listening, taking notes, drawing visual aides, etc., your brain will believe you’re getting more done, which will keep it motivated for future tasks.

4. Question, rather than affirm, your goals.

Research shows that if you ask yourself whether you will accomplish your tasks or not, rather than simply saying, “I will accomplish this task,” leads to greater productivity. Professor Dolores Albarracin at the University of Illinois, who led a related study, said: “The popular idea is that self-affirmations enhance people’s ability to meet their goals. It seems, however, that when it comes to performing a specific behavior, asking questions is a more promising way of achieving your objectives.”

5. Allow the source of your motivation to change.

Researchers at the University of Winnipeg and University of Manitoba found that our source of motivation changes part-way through the process of pursing a goal. First, we are motivated by the idea of achieving the goal, getting what we want, feeling accomplished, etc. But once we have worked towards it for a while, our motivation source changes and we become driven toward it by the idea of not achieving it.

6. Exercise before learning to enhance retention.

Part of productivity is efficient learning. We need to be adept at encoding new information so we can move on to acquiring new information. One way to do this is to exercise at the right time. New research shows that if we spur neurogenesis before we work out, our brains are more open to encoding and retaining the material we encounter afterwards. If you needed extra motivation to get up early and hit the gym before class, there you have it.

Oftentimes we can get so caught up in the small tasks themselves that we forget the bigger reason we’re doing them. Ultimately, we’re more likely to stay motivated for those small tasks if we keep the big picture in mind. It’s worth taking some time to consider what your “why” is and keep it in mind when you’re feeling bogged down by the little things.

The brain likes familiarity just as much as it likes variety and newness. If you’re thinking of adopting a new app or productivity tool, make sure it doesn’t change up your habits so completely that you end up being less productive because you’re taking so much time and energy adapting to it. Choose a time management app, for instance, that mirrors your pencil-and-paper method, or a to-do-list app that functions similarly to your analog to-do-list. You’ll save time adapting to the new tool and be more productive more quickly. Bottom line: make smart transitions from old tech to new tech.

9. Brain-dump your worries before you study.

The Default Mode Network is the part of the brain that gets in the way of work when we’re distracted by our personal life. It’s activated when we’re thinking about ourselves and our problems, and it’s certainly a productivity killer. So how do we put our own concerns aside so we can roll up our sleeves and get things done? One excellent solution is to do a brain-dump before we start studying. This can be in the form of expressive writing or talking—just so long as we’ve expressed it and gotten it out of our heads.

10. Tie goals to your identity.

We’re far more likely to do things that we feel are in line with or reinforce our personal identity. James Clear, author of Atomic Habits, says that “every action we take is a vote for the person we want to be.” But he also emphasizes that it helps immensely to think of ourselves already as “the type of person” who would already accomplish the task. For example, if you tell yourself “I am an entrepreneur” while you’re taking an entrepreneurship course rather than waiting until after the course is finished to identity with the persona, you’ll be more energized to tackle each task along the way because it’s already part of your identity.

What productivity tips do you use or plan to use? Please share in the comments section below.