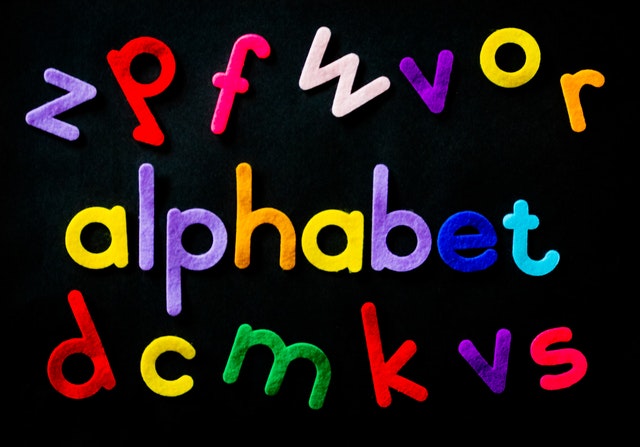 Students are now engaging with the world through their keyboards more than ever before, recording notes, completing homework assignments, and even taking standardised tests. For today’s kids, learning to type from an early age should be alongside learning to write, read, and perform arithmetic. Here are some of the secrets to teaching touch typing to your student or child as part of their early childhood education.

What Is Touch Typing?

In contrast with normal typing, touch typing is simply pressing the keys without looking at them. If you can keep your eyes on the screen without looking down, you can touch type. This method is more efficient, less tiring, and comes with some surprising cognitive benefits, as we’ll see below.

Touch typing has a noticeable effect on the brain, psychologists say.

“The single most important thing is if you can type without looking down… If you can do that, what’s happening in your brain changes,” says Sue Westwood, a child psychologist who runs a touch typing programme called English Type. “Muscle memory is a physical skill—so once its trained, it becomes unconscious and automatic. It frees up your conscious cognitive resources to focus solely on the task in hand.”

If we can train our fingers to type without our brains having to think about it, we become more efficient at the task at hand. “We also know that by the time you get to 30 words per minute it’s a fluid process,” says Westwood. “The fingers are moving with no buffering going on. And from that point you get faster naturally.”

That’s just scratching the surface of why we should be teaching kids to touch type from an early age. Let’s dive into more of the benefits.

What Are the Benefits of Touch Typing?

“Schools really are wasting their time not teaching typing,” Westwood says. “These days many schools teach coding, because it’s fashionable. But to be a professional coder you have to be able to keep your eyes on the screen—so you’ve got to be able to type using muscle memory.”

A 2018 study found that touch typing has a positive effect “not only on typing skills but also on spelling and narrative-writing skills on the computer,” in large part because working memory load is decreased, which means students are more likely to spend cognitive effort correcting spelling errors or thinking deeply about what they’re writing.

“The decline in spelling errors on the spelling dictation task was larger in the experimental group than in the control group. This can be explained by Berninger and Winn (2006) in which the ability to spell correctly is seen as a low‐level transcription skill that is relying on working‐memory resources during the process of typing or writing a text. It could be argued that when typing is automatized, the demand on working‐memory resources is reduced and the cognitive load is lower, which could result in better attention to spelling rules.”

“Last, improving the students’ typing skills positively influenced the students’ narrative‐writing skills. Students in the experimental group showed a larger improvement than those in the control group on the quality of the typewritten narratives, for example, on the length of the text, the description of the comic pictures, and the use of temporal and causal relations in the text. These results are in line with Christensen (2004) who also found that children who followed a typing‐skill program improved more than control children did on the quality of a typewritten text.

This improvement was seen on several measures, and some of them are comparable with the ones that were used in our study, for example, “logical organization and structuring of ideas” and “comprehensiveness and elaboration of ideas in relation to the topic.”

Imagine if these skills could transfer over to other areas: playing musical instruments, learning to drive, following a recipe while listening to music and holding a conversation, switching between languages, and other multi-tasking skills.

As children with dyslexia tend to have issues with graphomotor as well as spatial awareness and motor planning skills, touch typing can help make the process more fluid. Helen Boden, chief executive of the British Dyslexia Association, said in a Guardian article that “touch-typing can give dyslexic children the kind of automaticity they struggle with when learning to write by hand.” As some are “wary of putting marks on paper that would be a permanent symbol of their difficulties,” it makes sense that they’d be “more comfortable with a tablet or computer where making corrections is easier.”

Does Learning a Musical Instrument Help?

Researchers at the Max Planck Institute for Informaticsfound that pianists can “play words” as fast as professional typists can type them.

For their study, the researchers created a series of musical “sentences” that were comparable in difficulty and structure to common English words on a QWERTY keyboard. They then recorded the results of a pianist “typing” the notes on a piano keyboard, translating the musical phrases into English words.

“Without prior practice, [the pianist] was able to enter text with a top speed of over 80 words per minute,” said senior researcher Antti Oulasvirta. “This corresponds to the performance rate of a professional typist using the QWERTY keyboard.”

To map the QWERTY keyboard to the piano keyboard accurately, the researchers “considered hundreds of common typing patterns and found the musical equivalent.” For instance, frequent patterns like ‘th’ were translated as a musical leap of a third or a fifth.

“We had to respect the note transitions and chords that occur frequently in music,” said researcher Anna Feit, who described the technique to Phys.org. “No pianist can quickly play dissonant chords or very large intervals, thus our mapping had to avoid these.”

In another part of the study, an amateur pianist was trained over the course of six months to use the piano keyboard to type simple correspondence. What happened was that the pianist became able to type sentences at 80 words per minute, and could even type emails faster at the piano than on a QWERTY keyboard.

“Classic principles of piano technique have ramifications for improved speed, accuracy, and efficiency in typing. The pianist’s attention to bodily orientation promotes optimal health and wellness, avoiding injury in workplace settings. Mindfulness building strategies, such as verbal labeling of imperfections, have applications in typing-training as a reflection mechanism which may serve as a catalyst for growth.”

“The piano keyboarding allows the player to use one or both hands at the same time pressing multiple keyboard keys at the same time. The skill over time orients the neuro system to anticipate the next stroke very fast. A skill like this in computer keyboarding is beneficial; even though not used in the same fashion as the keys on the keyboard are pressed separately.”

What Is the Best Touch Typing Software?

We recommend checking out TypingClub, Dance Mat Typing, or Nessy to get started. TypingClub is free for individuals and schools, and is used by over 300,000 teachers and 23 million students worldwide. Dance Mat Typing is a free interactive platform where students learn “home row” keys that build on each other in stages. Nessy is especially designed for students with dyslexia and includes an award-winning touch typing program.