Are you ready to start your own business venture? Becoming an entrepreneur or a business owner can be an exciting pathway with many opportunities. Open Colleges speaks to 6 prominent Australian entrepreneurs about what it takes to succeed in the business world.

Here is a series of fresh, useful, insights into the process of starting up a business from the ground up, from how to get started, how to build an effective team and what you should and should not do in order to achieve success and longevity. Do you have what it takes? Let’s find out!

What they know now, and wish they’d known then?

What’s the worst piece of business advice they ever received?

Nicole Kersch is the founder of 4Cabling, an online retailer specialising in technology cabling for consumers. She started the company in 2004 when she was just 21.

4Cabling became incredibly successful and Kersch went on to win a number of awards including Ernst & Young Entrepreneur of the Year 2013 and Australian Institute of Management Young Manager of the Year 2012. She made the decision to sell 4Cabling in early 2014 and is now pursuing new challenges in ecommerce and digital marketing.

Bruce Jeffreys is the co-founder of GoGet, an innovative car-sharing scheme. He started the company with his friend Nic Lowe in 2003, and what was originally a modest Sydney start-up with three vehicles and twelve members has since expanded to 65,000 members and 1,900 cars in Sydney, Adelaide, Brisbane and Melbourne.

Bruce has impressive sustainability credentials as a former member of the NSW Government’s Sustainability Unit. He has also been involved with the Masters program at Murdoch University.

Naomi Simson is the founding director of RedBalloon, an online experience gift retailer she launched from home in 2001. Her company is considered the pioneer of experiential gifting in Australia and has ranked in the Top 50 Employers by Business Review Weekly since 2009.

She has received a number of high profile awards including the 2008 National Telstra Business Women's Award for Innovation and the 2011 Ernst and Young Entrepreneur of the Year (Industry). Naomi is a sought after corporate speaker. 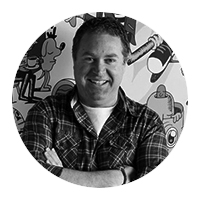 Nick Palumbo is the man behind Gelato Messina, which was recently voted best gelato in Australia by Good Food Guide. He opened his first shop in Sydney in 2002, but sold it a year later after difficulties with a competing shop.

When the new owners found themselves in financial strife, however, Palumbo took back the business and started it back up from scratch. Today, Gelato Messina has expanded overseas, is turning over $10 million and employs more than 100 people. 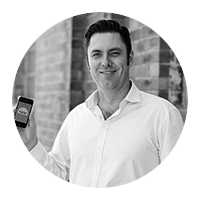 Hamish Petrie launched Ingogo in 2011 after becoming frustrated with the poor taxi service in Sydney. The app was started as a way of providing passengers and drivers with a better service by putting them directly and safely in touch with one another through mobile technologies.

Ingogo expanded its services to Melbourne earlier this year and is currently the only taxi app to offer both a full payment system and booking engine. 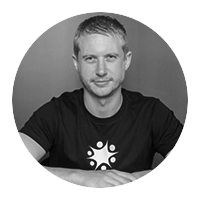 Alec Lynch is the founder and CEO of DesignCrowd, an online marketplace that provides graphic design and website services through a “virtual team” of graphic designers from all around the world.

He launched the business from his home in 2008 after quitting his job in management consulting, and has since expanded his team of three to 20 and provides services in Australia, the UK, Canada and Asia.

Can I be an entrepreneur? Could I start my own business? Find out how.