ONETEASPOON’s Jamie Blakey created her hugely successful fashion label by designing the clothes she wanted to wear. Just start, she advises designers aspiring to a career in fashion – and be prepared to work hard!

ONETEASPOON founder Jamie Blakey was 21 and had $3000 in her bank account when she decided that rather than being on the road selling clothes into stores for other people, she could design and market her own fashion line.

The former model had grown up at her mum’s sewing machine making her own patterns and stitching “culottes, body suits with frills on them and nylon tracksuits with starry studs”. She also had a sense of what it takes to run a business, thanks to early training from her own entrepreneurial parents.

“Mum had me writing cheques for the invoices in lead pencil when I was six and she’d check them and sign them off.”

Blakey started out designing clothes she wanted to wear herself, an ethos she still follows today. She spotted a gap in the market between surf brands – hugely popular at the time – and high-end fashion.

Her hunch paid off. Within three months of deciding to set out on her own and coming up with the name ONETEASPOON while sitting in a cafe, Blakey’s clothes were hanging in 42 stores.

“I finished up my job on a Friday and on the Monday I sat down and went through the Yellow Pages, not Google, back then – 15 years ago,” she says.

“I made my big list of cutters, makers, printers, fabric suppliers, and then I made a list of my customers. I did that for probably three days and at the end of the week, I went around and saw all these people about the manufacturing side. I went and spoke with people who were willing to work with me to build up the brand. Obviously, I was starting and wasn’t going to have big quantities. I found out who I gelled with and who I didn’t.”

A week later, Blakey was putting together her own collection – a small 15-piece line of comfortable yet sexy clothes with a surf edge.

Marketing and selling your own brand

Blakey tapped into the lessons she learnt at her mum’s kitchen table and created the patterns herself. She grabbed a Polaroid camera and commandeered a friend to model for her. Then she started selling. “I hit the road basically, I just went around to all the stores that I wanted to be in.”

Blakey had spent the previous 12 months as an on-road sales rep for other brands and her marketing skills paid off. However, she hadn’t expected so many orders and this presented a challenge.

“I had the problem of where am I going to get the money to produce the goods?” Blakey says. “I just was winging it. I was working three jobs to pay my rent and food, all my living expenses. When I got the orders, my parents went as guarantors for a loan, because the banks wouldn’t give me one, being just 21.”

It wasn’t hard to convince Blakey’s mum and dad to back her.

“They saw the hard work I was putting in,” she says. “They also saw the real life figures too, the real orders. It wasn’t: ‘this is something I want do and maybe it’ll be OK’. They’d already really seen the results, all I had to do was get the stuff made.”

While three months proved long enough to fill orders for the 42 stores, “it was a bit of a panic.”

What helped was an early decision to outsource. Blakey was determined from the outset not to spread herself too thin. “I didn’t want to get into that habit of making the production from the get-go because while it saves you money, you learn so much along the way dealing with other people doing it. You make your mistakes while it’s small-scale. I felt like I needed to do that… so that there was room for growth. I also had time to work at other jobs to pay the bills.”

Initially, all of ONETEASPOON’s clothes were made in Australia. “With no funding behind you, you can’t really do it offshore because you don't have the money to check out the factories,” Blakey says.

For people wanting to start their own fashion label, Blakey has simple words of wisdom. “People ask ‘where do I start?’ Just start! You can keep developing it and change things along the way, but to get things started, I find people overthink things instead of just diving in.”

The approach has certainly worked for Blakey – who describes herself as a “runner not a walker” and who runs a tight ship with just 13 staff boosted by a team of casuals during busier times. Blakey’s designs are now stocked by 2000 stores in 38 countries and her online sales are, she says, going “flipping crazy”.

5 Tips for starting your own fashion label

Think you could run your very own fashion label? Research Fashion careers here or sign up for an online course to teach you patternmaking, design and business skills. 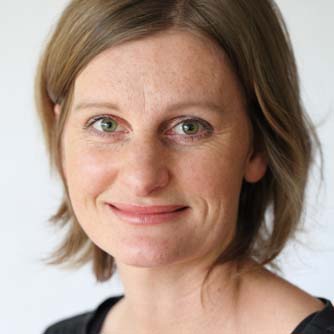