How Do Broadcast Journalists Stay Calm in a Crisis?

While others run from danger, journalists run towards it. It’s our job to get to the scene of the crime/disaster so we can then relay information back to our audiences, writes Shelly Horton.

In the wake of the horrific Orlando shooting, broadcast journalists from around the world set up outside the nightclub to feed information to a public desperate to make sense of the horror.

It’s remarkable that news journalists are able to stay calm and remain professional while people around them are collapsing with grief. Many journalists talk about compartmentalisation or switching into “work mode” to get the job done. I spoke to three journalists about how they cope in traumatic situations. 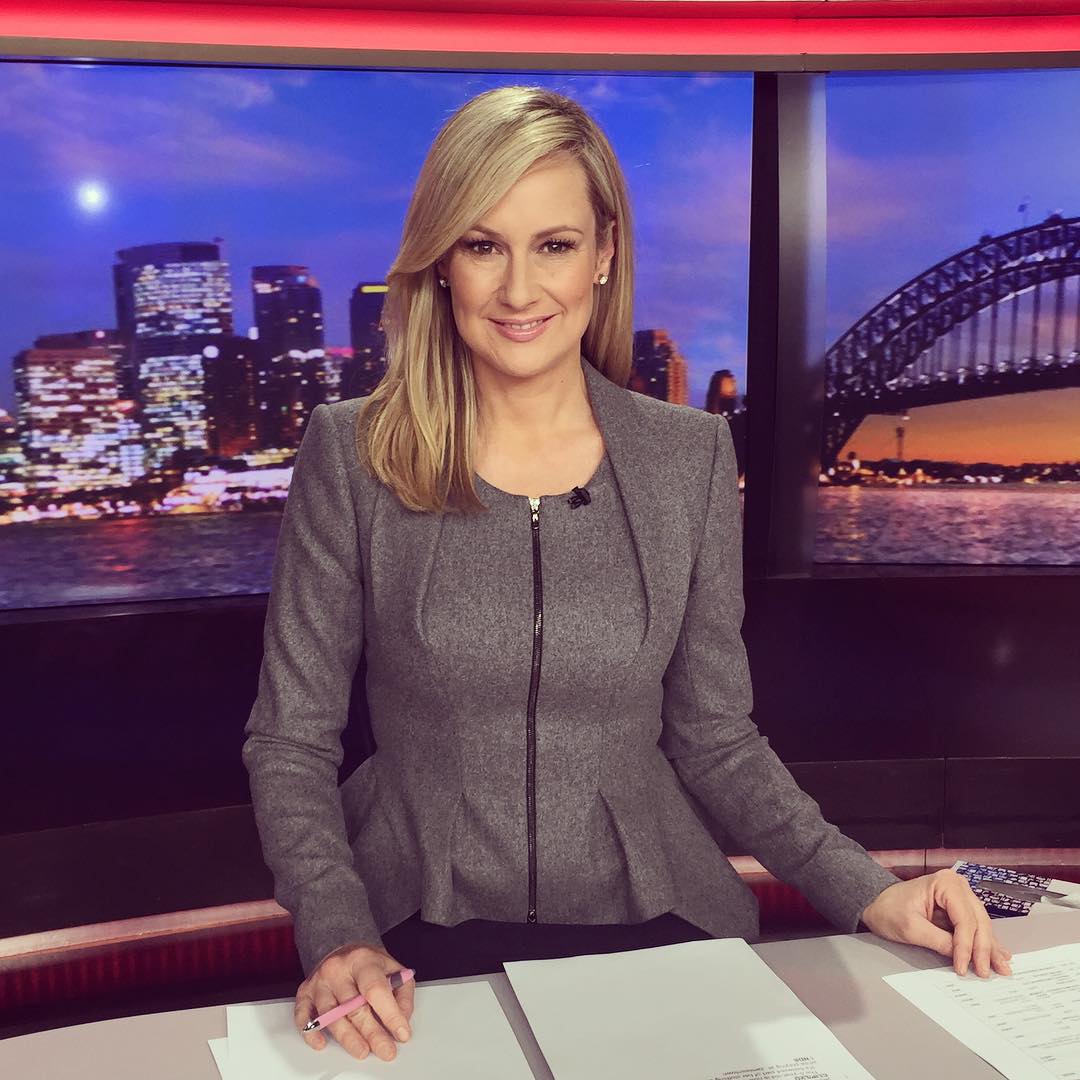 “I try to. It’s easier when I’m in the zone doing live rolling coverage. I was on air for nine and a half hours, without a break on the day of the Sydney siege, and another seven the next. I can switch into the headspace that requires quick thinking, responsible journalism, and adapting to a developing story. That is my job and what I’ve spent 25 years training for.”

Cath Turner agrees, she worked for Al Jazeera in America and is now the European correspondent for Channel Seven.

“I think you have to compartmentalise to some degree, if you're going to survive in the news business. I constantly remind myself when I am on location that my first responsibility is to the audience. I am a vehicle for information; I am there to ask questions, to listen and to learn."

"I cannot do that effectively if I am an emotional wreck. I believe that as a reporter, you should never become the story. Do not say or do anything that distracts from the story you are covering. It is not about you.” 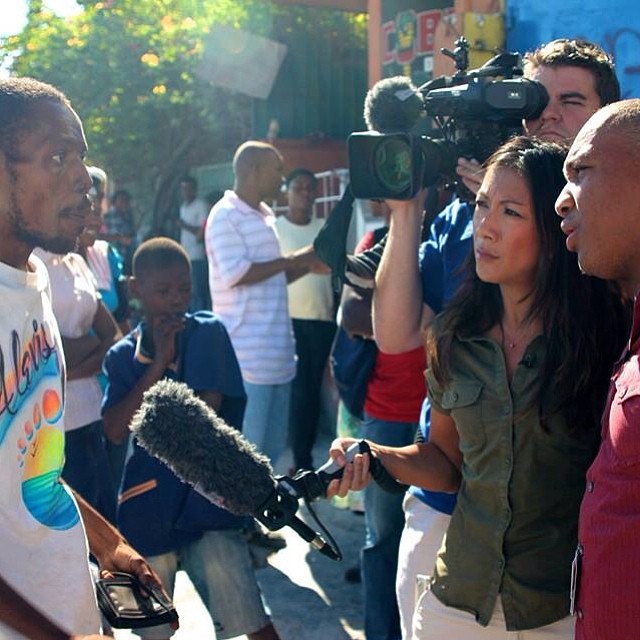 “In my job, I have to juggle several logistical considerations: constant deadlines, access to areas and people, security or police barriers, live crosses, interview locations, travel time, the weather and, because it's television, my physical presentation i.e. clothes, hair and makeup."

"This actually makes it easier to focus on my work and not get blindsided by the emotion or harsh reality of what I'm seeing and hearing. I'm constantly balancing the emotional pull of a situation and the need to file the best story possible - on time,” says Turner.

But Doyle says sometimes that comes at a cost.

“On the Friday of that same week [of the Sydney Siege], a mother killed her eight children in Cairns. After holding it together all week, that tipped me over the edge,” Doyle says. “So I locked myself in the laundry at work, sobbed, questioned what was happening in the world, had my makeup reapplied and used every ounce of professionalism I had to read the 6pm bulletin. I am also very aware that I was not in the Lindt café on that Monday, and I am lucky and safe.” 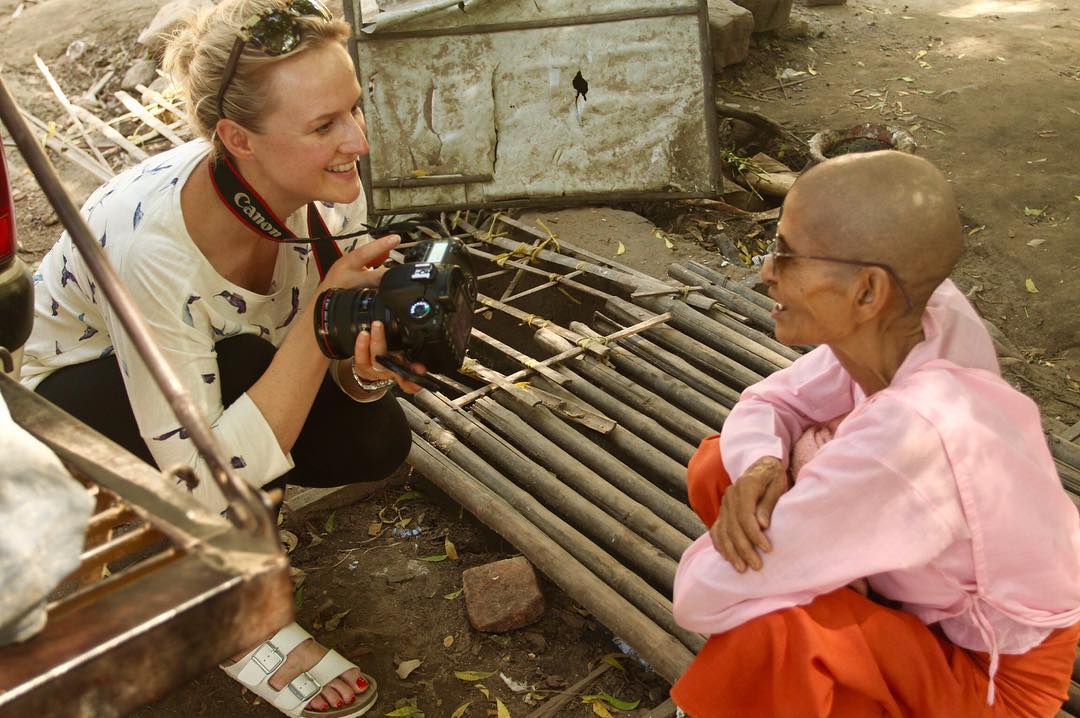 Stephanie Hunt is the Australian Editor of Storyful, and her most challenging story was covering the European refugee crisis.

“I was working at Al Jazeera in Doha and we were seeing endless videos of personal accounts of death and devastation coming into the newsroom. It was such an important story - so the hours were long and intense. We were passionate about sharing the stories and giving a voice to the voiceless - but that made it hard to switch off.”

“Luckily I was working with an incredible group of journalists, foreign correspondents, news anchors etc who had a lot of experience in tough stories like these. We would spend time before, during and after our shifts checking on each other and chatting about the story in a supportive way. Journos can have the reputation of being hard, but in reality we need to look out for each other. In order to tell good stories, you need to avoid being too cynical and burnt out. Switching off, having a life balance and taking care of yourself can prevent this,” says Hunt.

Turner says there is no stigma or shame in seeking professional help. “I have an excellent therapist that I talk to after a major news story that involves death or intense suffering“ says Turner.

In 2012, Turner was sent to Connecticut in the US to cover the school-shooting massacre of 6 adults and 20 children who were just 5-6 years old.

“I was one of the first journalists to arrive at the school; parents were pulling up in their cars and screaming hysterically for their kids, not knowing if they were alive or dead. I was on air live for more than 10 hours straight and I stayed in Sandy Hook for almost a week. So many times I wanted to cry but I was afraid that if I started, I wouldn't stop,” she says.

“When I got home to New York, almost by accident I saw the front page of a newspaper, which showed the young, angelic faces of all the victims. I started imagining their tiny little bodies being torn apart by bullets and I started sobbing hysterically. “

“My therapist ordered me to take some time off work and I went to Mexico for a week.  My pain was nothing compared to those children's parents and the survivors, but the media was there in the immediate aftermath and witnessed their grief. I will never forget that story as long as I live,” says Turner.

Doyle says part of maintaining her mental health is knowing her reporting is useful. 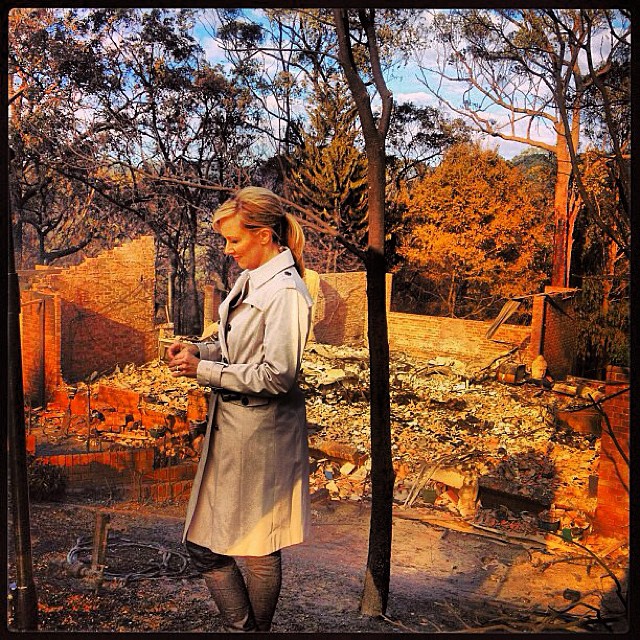 “For people being evacuated from their homes during a fire or flood, the information we are providing is essential. During the Black Saturday fires I had a man approach me live on air because he couldn’t find his wife and children who we learned later perished in the blaze. Just seeing that footage still makes me well-up to this day,” she says.

“Some stories have prompted me to become an ambassador for a particular charity. I have written articles, used my voice and profile for good. When I work for World Vision, I come home hoping that we can make a difference in even one child’s life, that they may get an education and escape poverty because one person watched and decided to help,” says Doyle.

Hunt believes downtime is essential to be a good journalist.

“I'm getting a lot better at drawing a line between work and personal life now that I'm a bit older. That said, it is harder than ever with 24/7 rolling news networks and social media news coverage. And as a journo we have to get the facts right all of the time - so there is a tendency to be across all the stories, all of the time. But drawing a line is crucial.”

“The first thing I do when I get home is have a hot shower and try to draw closure from the day. Cooking dinner and sitting down to eat is also a good circuit breaker. I have to make a rule for myself not to look at my phone an hour before bedtime.”

“I also play hockey and run a lot - exercise is an excellent way to break the news bubble that we can so easily find ourselves in. And on my days off I like to "go to ground" and just enjoy the moment with the people I love,” she says. 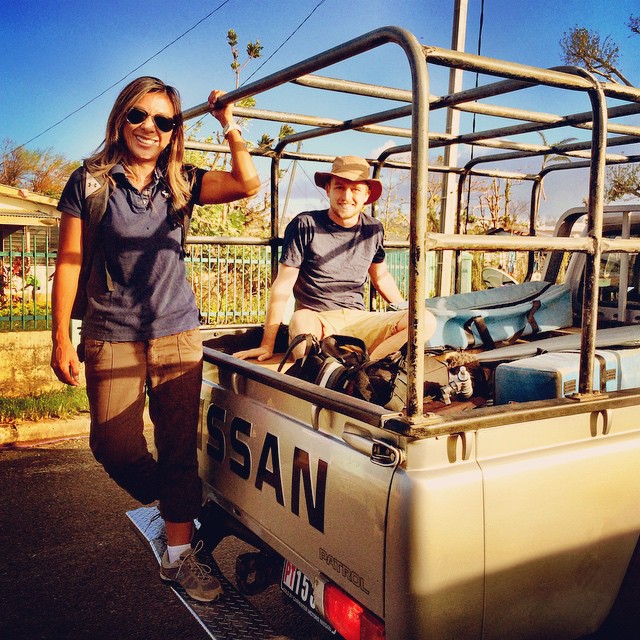 Turner could not agree more.

“In order to preserve my long term sanity and ensure I don't get too emotionally invested, I spend my time off doing things that have nothing to do with the newsroom: sleeping, exercising, reading, hanging out with non-media people, watching fictional TV and movies. If you're not careful, the job will consume you.”

Passionate about brilliant journalism, like Shelly's? Research the job outlook, career options and average wages for the industry here.