Inside the Designer’s Studio: Toni Maticevski

Fifteen years of running a thriving fashion label have taught Toni Maticevski to keep a keen eye on business, listen to customers and, most importantly, obey his instincts. In this candid interview, he explains how constant innovation has been crucial to his success.

Toni Maticevski has never fallen prey to the vicious cycle of following trends which risks making a fashion label indistinguishable in the competitive global marketplace.

In his 16-year career, the Melbourne-based designer has built a brand on the unlikely aesthetic of traditionally feminine styles with a “demi-couture” sensibility in a country known for body-con athleticism and swimwear, and it has made him one of Australia’s greatest exports.

That’s not to say that the Maticevski look doesn’t change to suit fashion’s mood or the seasons, rather that his design process is an evolutionary one, subtly updating his signature with each collection.

“From the customer’s perspective – and I’m guilty of doing it too – you tend to want the same thing from a brand, and when you don’t find that same experience you trail off and look for it somewhere else,” says Maticevski. “So sometimes I know I just need to let something rest for a season or two to allow the customer to catch up, but other seasons… I want to start fresh. It’s about finding a balance and giving the customer what feels like something they recognise, but has progression in it.”

Subversive innovation was on show in Maticevski’s AW13 collection at Mercedes-Benz Fashion Week Australia, when he modernised his signature use of drape with a specially created bonded neoprene. The effect was one of sculptural elegance, with ankle-length skirts and knee-length cocktail dresses appearing frozen as they enveloped the wearers’ bodies. Maticevski thwarted his own status quo and asserted himself as the original tastemaker, becoming the most talked about show of the season.

Often it’s the wilder concepts that take off. “People really connected with [that collection],” recalls Maticevski. “They probably didn’t understand the [neoprene] fabric, but they got the idea I was trying to achieve and fell in love with that rather than what it was made of.” In a previous disruption he introduced skirts and gowns with ruffles that billowed from the hips. While many buyers were concerned that women would dislike volume around the hips, the pieces became best-sellers.

“The ruffles were used in a way that accentuated the body, to make it look longer and leaner, and it was really, really popular,” he says.

The key element is instinct, which is the result of Maticevski’s innate understanding of a woman’s body. While the term haute couture can’t legally be used in Australia – it’s protected by law as being a distinctly French process with its own set of rules – Maticevski works closely to this form of design. His “demi-couture” has the handmade quotient and level of quality of haute couture, which has allowed the designer a strong understanding of which parts of the body women want to flatter and which they want to hide.

What about the critics?

Critical voices come not only from customers and store buyers, but also from inside the designer’s studio, located in Yarraville, outside of Melbourne. “That’s the hardest thing sometimes, because I’ll have an idea in my head or be playing around with something [on the mannequin] and they can’t see where I’m going with it. That makes me question what I’m doing and I wonder if it’s all wrong,” says Maticevski. “That’s when I need to kick everyone out, to have my own space to think, and I’ll end up coming into the studio on weekends or at nights just to have that quiet time to play with the ideas.”

It helps, then, that Maticevski’s headquarters – a sprawling concrete space comprising the design studio, fitting space for private clients and administrative office area – adjoins his home.

While his public relations and sales team-of-two work from satellite offices in Asia and Sydney, Maticevski has eight staff in Melbourne – two work in administrative roles, while the other six work alongside the designer in production. Maticevski always retains creative control. “We did these hand-knotted bows on dresses and skirts a few seasons back, and even our makers were too scared to do it in case they didn’t get it right, so I would have to hand-tie every single one that went out.”

Seasonal sales cycles and manufacturing processes require an increasing speed and level of organisation. Often Maticevski selects and orders his fabrics well ahead of designing the garments, creating an interesting interplay between what he has in mind and the constraints of what the fabric can do. “It’s the whole thing of trying to tie in a concept with what you’ve got, which can be really interesting as well,” he says. “Sometimes it feels limiting and frustrating, but that just elicits a different [design] response.”

There’s also a commercial imperative to each collection, making it important that Maticevski fulfils certain product categories. “I mean, it’s not the most important thing in the process, but sometimes I need to make a note for myself to at least include a certain number of tops or dresses or pants. The formula often remains the same, so you get in a cycle.”

And often, he can filter his excess ideas into the next season, although he doesn’t always realise he’s doing it at the time. “With this collection I’ve just finished, we had to heavily edit it, as there were things I wanted to work with, but it didn’t feel right here, so I’ll take that across to next season and buy fabrics accordingly. There are always too many ideas, but it’s better to have more than not enough.”

The value of prior experience

Before he launched his label in 1999, Maticevski worked on a freelance basis with brands in categories as diverse as eveningwear, denim and staff uniforms, including stints in the design studios of Donna Karan in New York and Cerruti in Paris. The experience gave him the broad skills necessary for business.

Beyond diversity in design, he also learned people and financial management proficiency. It also showed him the global nature of fashion and the importance of engaging internationally to maintain a successful business. Maticevski shows seasonally in Paris, and has developed a stockist base spanning some of the world’s leading fashion retailers including Club 21 (Singapore), Lane Crawford (Hong Kong), Selfridges (London) and Myer (throughout Australia).

Meeting the needs of women in both hemispheres, with collections split into spring/summer, resort and autumn/winter, informs his design process. “My clients travel a lot,” says Maticevski who heads to the Northern Hemisphere three times a year. “One week, she might be working in a freezing cold country and the next, she’s on summer vacation, so the whole idea of sticking to a particular season is really more about allotting a collection a name, giving it a reference point, rather than what’s in it. Each collection really is multi-seasonal – there are often coats as well as short dresses – and often the fabrics dictate what sorts of things I’ll make.”

His approach has evolved from presenting two collections a year – one full of heavy winter pieces and the other lightweight summery ones – to suit the globalised post-internet world.

He is switching from full-blown production fashion week shows to more intimate showroom presentations that let him get closer to the customer. “I love doing shows, but there are other avenues that feel more appropriate to me and my customer, at least at the moment.”

Maticevski also invests his time in special events, such as trunk shows, where he’s able to come face-to-face with his clients, eschewing the traditional notion of the designer as hero. “The whole ego thing in fashion, that hierarchical system, has changed, and it’s no longer up to a select number of people to say what I’m doing is worthy of being offered to the customer. With social media and events, the customer has the right to choose.”

It’s important that he’s in touch with how people are responding to his work. “Even if it’s something negative or something really small, like about our packaging, I want to know about it.”

The approach extends to running his business, as Maticevski juggles both creative and commercial sides. “It’s important to acknowledge when you don’t have the skills for something. I don’t love accounting, I don’t love a lot of things to do with the business side, but it’s important to know about it so that I can manage the creative side accordingly. I don’t need to punch numbers with an accountant, but if someone comes to me with options I’m happy to make a decision. It’s important to get out of being in a bubble of being creative – that can get boring as well.”

Dreaming of a career in fashion? Kick-start your journey by researching careers in Fashion here. 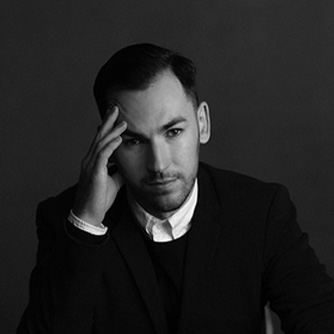 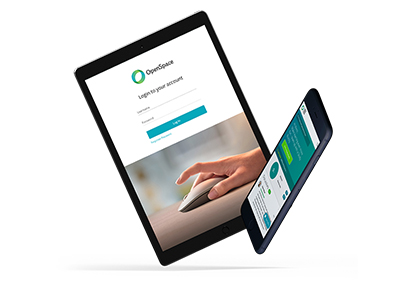