“Some people think that a career in event management is really glamourous; you walk around with a clipboard in one hand and a glass of champagne in the other,” says 30-year-old Simon Wilson.

“It’s not really like that. It can be long hours until 2am and up at 5am - but it is very creative.”

These insights on the up- and downsides of working in events management come from Dublin-born Wilson, the event director of IMG Culinary Asia, who was named Young Achiever of the Year by Australian Event Awards last year.

How he got started

Just 10 years ago, Wilson inadvertently stumbled into this career at the Commerce & Economics Society, a prestigious social club at the University College Dublin. He volunteered to organise the society’s alumni events including a black-tie ball and a beach party on a sand-covered floor in a centuries-old pub.

Wilson had so much fun and discovered he had a natural flare for it, so put his hand up to run further events for the debating and rowing clubs, and even started his own company to hold theme parties in nightclubs for students throughout his uni years.

After graduation – although his mum always hoped he’d get a “proper job” – Wilson joined some mates opening an American-style diner start-up in Dublin and led the company’s marketing and operations franchise expansion for three years.

But a four-month stint helping Taste of Dublin and Taste of Christmas as a sales executive was his career pivot point. The London-based parent company, Taste Festivals, immediately recognised his enthusiasm, talent and can-do attitude and head-hunted him for Taste of Sydney.

Taste Festivals are the world’s largest high-end food festivals attracting more than 600,000 visitors a year to 20 cities globally. These festivals showcase a city’s best restaurants by bringing together artisan local food producers and awarded and innovative chefs to one location – creating a mecca for passionate foodies.

“From when I first arrived in Australia I quickly became a ‘food wanker’,” Wilson admits. “I just totally lived and breathed food and drink, and got totally into the scene. We’re in the business of creating a consumer experience so we had to consume it ourselves, to understand and bring it to life.”

He vividly remembers his first-ever degustation sampling menu at Sydney’s Quay Restaurant, when he had no idea of how to pace himself. “I was finishing every plate, and became extremely drunk after 15 courses and I couldn’t figure out why my guests were fine,” he says.

A six-week contract at Taste of Sydney morphed into six months and then he was brought into MasterChef Live at the height of the program’s success as sales manager. He also helped out when Top Gear came to Brisbane.

Driving a Lamborghini across the convention centre’s concourse was definitely a career highlight for him, Wilson says, along with dining with the Top Gear presenters on a private yacht travelling along the Gold Coast.

But the two events that really sent Wilson’s career to starry heights were the inaugural Taste of Perth two years ago and also the unique Margaret River Gourmet Escape. This rural festival brings feted chefs to Western Australia for three days of cooking, drinking and feasting in an intimate atmosphere in tents on a beach. Wilson was the mastermind behind both these events.

He was rapidly promoted to Event Director of Taste Festivals Australia, and then last year Australian Event Awards, the peak industry body rewarded him with the Young Achiever of the Year Award. “I didn’t think I was going to win, but would have been absolutely gutted if I hadn’t,” he admits.

Part of the reason for his success is that he has developed a deep understanding of how the Taste Festivals business works, by having roles in sales, operations and marketing and understanding almost every dimension of the company, he believes.

“Before an event I walk around and talk to everyone; including every security guard, so we establish a relationship and we know each other’s expectations,” Wilson says.

Sharing knowledge is especially vital, he adds, inviting other people into meetings, so if he falls ill (or breaks his neck as he did at the launch of Taste of Perth) “the show will go on”. Wilson is keen to promote and mentor younger people. “I like to give them an opportunity to show their worth,” he says.

Wilson is now leading the new push into Asia by Taste Festivals which is owned by global sport, entertainment and media giant IMG. Events are planned for Hong Kong in March 2016, and Mumbai, Shanghai, Singapore, Kuala Lumpur and Tokyo soon after. The world is rapidly becoming Wilson’s oyster.

To fast-track your way in the events industry, Simon says:

Volunteer. Put your hand up to do any job that’s going. Engage with all the staff and be keen to learn. Expect to work long hours, staying up very late and getting up before the sun. Live and breathe it. 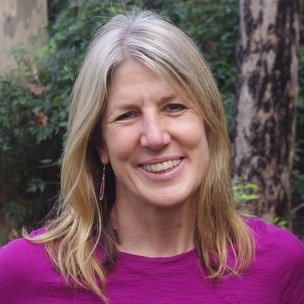