Are You The Right Fit For A Programming Course?

Growth in the number of programming jobs around is huge. As technology is changing so rapidly, the need for people who can write high-quality code and experienced problem solvers who can design creative solutions is only going to increase in the future.

The Certificate IV in Programming is a programming course offered completely online in a self-paced format, here to give people the skills they need to enter a competitive workforce. Maria Tentzerak is one of the highly-skilled trainers of this course.

Her solid experience in web applications, programming and database design, as well as IT training and online course development is second to none. Her impressive portfolio includes working for major national organisations and completing projects for large clients including the Commonwealth Bank of Australia (CBA).

She loves learning about the latest web development trends, social media marketing and open source applications communities and contribution. Here, she speaks to us about her love of programming and takes us through her career history.

What are some of the programs and computers you were first exposed to as a child or teen? 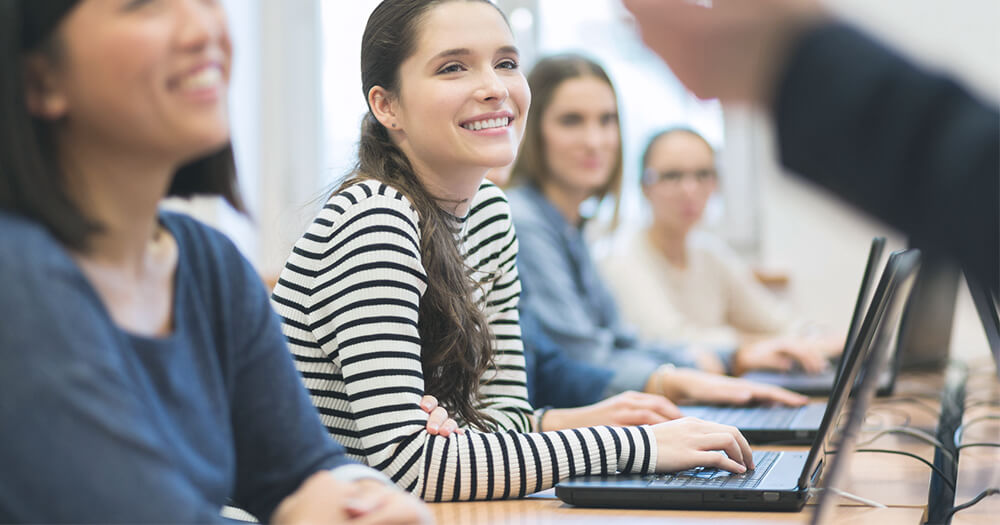 My first computer was a simple Intel 80386, one-megabyte RAM computer. It was running DOS (the old black and white screen) and it was an IBM Compatible PC. I wanted to try to install Windows 3.1*, which was the first version of Windows. However, it’s RAM was really small! I then “upgraded” to a computer that had four megabytes RAM.

*Windows 3.1 was a series of 16-bit operating systems produced by Microsoft for use on personal computers. The series began with Windows 3.1, which was first sold during April 1992 as a successor to Windows 3.0.

How did you first become interested in computers and programming?

My brother was really into computer programs, so I was allowed to use his computer too. He was writing programs for his university assignments – basic procedural programming “question and answer” type programs. I saw him doing this and I wanted to start writing my own programs, so I decided to get into programming, which was very basic at the time. I began by using Pascal* when I started university.

*Pascal is an imperative and procedural programming language, designed in the late 1960s. It was a small and efficient language that was intended to encourage good programming practices using structured programming and data structuring. Then in the mid-80s, a derivative known as Object Pascal was designed for object-oriented programming.

Can you walk me through your career progression? 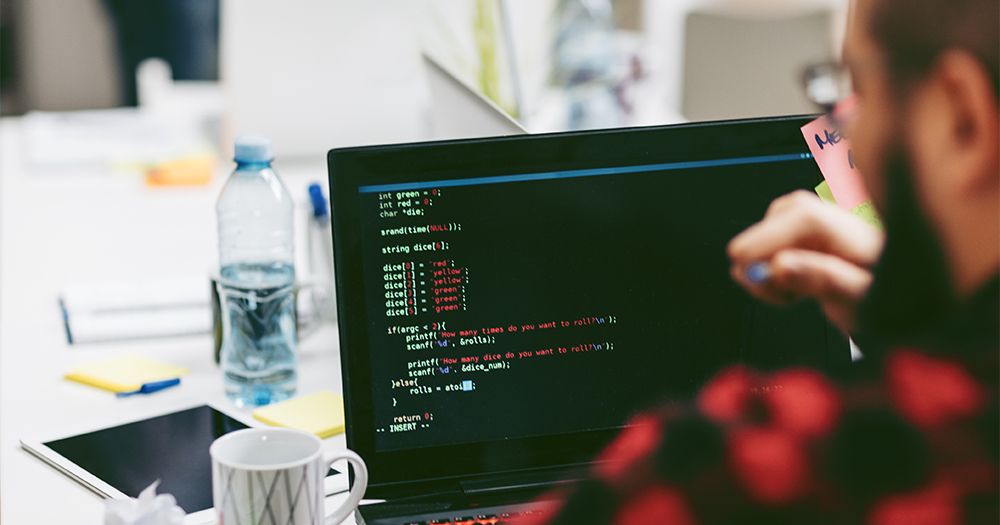 I studied a bachelor degree for four years in IT. I basically learned how to program and write business applications.  Once I finished this degree I started working on projects involving databases. That was interesting!

You have a very interesting work history, including working on some projects for the Commonwealth Bank.

There were thousands of transactions every day stored in the database. It’s very interesting to see how an algorithm works with real data. Extracting information from these data for reporting, was very fascinating too.

What also very interesting was that we had to take into account privacy and security issues to protect bank’s customers. There were specific procedures that had to be followed when testing data and when accessing CBA’s systems.

The challenge at CBA was to optimise our algorithms to run faster and return result in an acceptable timeframe. We were aiming to make procedures faster. This was the challenge.

*In computer science, an algorithm is a self-contained step-by-step set of operations to be performed. Algorithms perform calculation, data processing, and/or automated reasoning tasks. An algorithm is an effective method that can be expressed within a finite amount of space and time and in a well-defined formal language for calculating a function.

Tell us about the programming courses at Open Colleges. What are some of the favourite components that you teach? 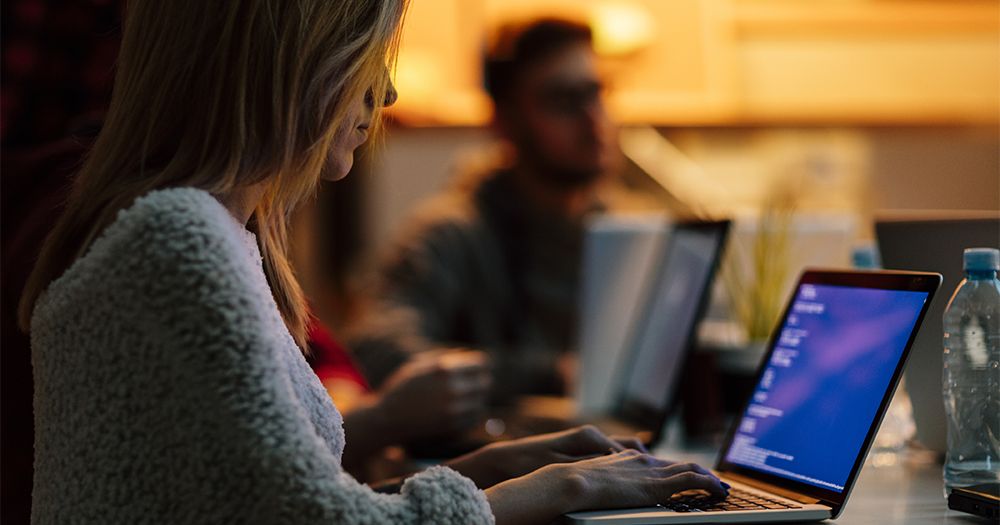 Personally, I enjoy teaching the parts of the course that relate to how you can design and develop a database. It’s also very exciting to teach different programming languages. One of the languages that we teach is Java*, which is an industry standard. The second language that students learn is C# (C Sharp) **.

I think students will find that these two languages are in demand, so it might be relatively easy to find a programming job in the industry if they know these languages.

*Java is a general-purpose computer programming language that is concurrent, class-based, object-oriented, and specifically designed to have as few implementation dependencies as possible. It is intended to let application developers "write once, run anywhere" (WORA), meaning that compiled Java code can run on all platforms that support Java without the need for recompilation.

**C# is a multi-paradigm programming language encompassing strong typing, imperative, declarative, functional, generic, object-oriented and component-oriented programming disciplines. It was developed by Microsoft within its .NET initiative. C# is one of the programming languages designed for the Common Language Infrastructure.

What are some upcoming trends in the IT industry?

Today, everything is about “the cloud”*. This is highly important at the business level because the cloud allows ideas and people to become more interconnected. In the Certificate IV of Programming, we discuss how you can use IT to transform a business - and how team members can then deliver a product and service using IT in a different way.

Another trend is delivering programs and services via different media - for example - how can a particular software application be used via a tablet, desktop, or mobile device? This may require programmers to create different designs and different development techniques, so programs and applications are effective on different user-based platforms.  I think these are the two areas of growth and change that people in IT are focusing on at this point in time.

*Cloud computing is a kind of internet-based computing that provides shared processing resources and data to computers and other devices on demand. It is a model for enabling ubiquitous, on-demand access to a shared pool of configurable computing resources which can be rapidly provisioned and released with minimal management effort.

What personality traits are useful when you work in IT?

Programmers have to be very patient. When there is an error in your program - you have to have an eye for detail, be very procedural and have patience. The solution to a problem often doesn’t come “just like that”.

Being organised is another key personality trait that will be useful as is the ability to communicate effectively. IT people need to develop good communication skills because this will be a great asset for them when they enter the workforce in an office (or other) environment.

What do you like to do in your spare time?  What are your hobbies? 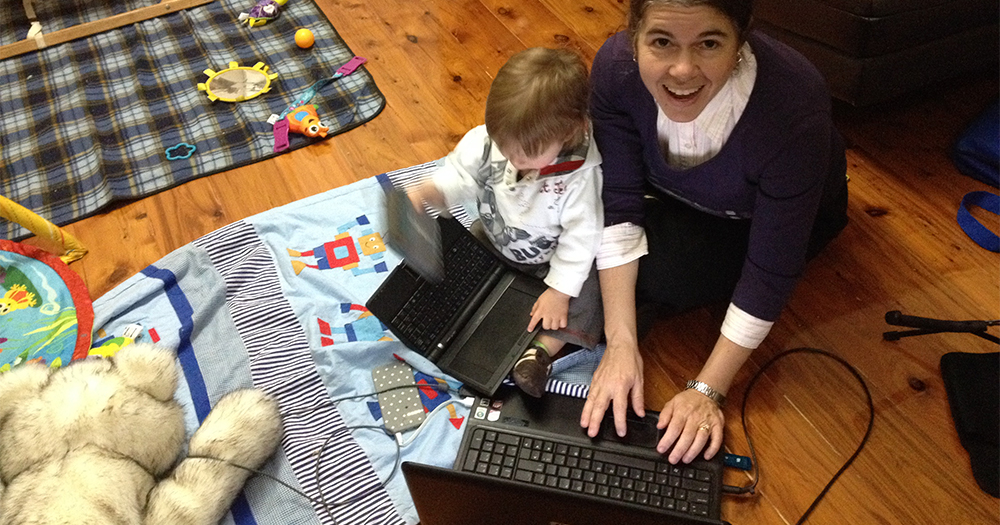 My son is sixteen months old, so he takes up lots of my time! But I also like making my own cards and anything and everything to do with paper crafts. I like doing things where I can use my hands.

Thinking of starting a course in IT, Programming, Web-Based Tech or Social Media? Search courses that can kick-start your career here.