What are some of the best TED talks that address ideas about improving and changing your career? Open Colleges brings you the Top 10 best career-related TED talks.

TED is a global series of conferences, consisting of speakers that talk on alternative ways of thinking and innovative ideas. Standing for Technology, Entertainment and Design, the conferences take place all over the world and have featured leaders such as Bill Clinton, Bill Gates, Al Gore, and the founders of Google speaking, alongside some inspiring, lesser-known people.

Confined to just 18 minutes, the talks are punchy, moving, and provide a different way to look at work and life.

Some of the most stimulating talks are on how to change or improve your career: something that most people feel passionate about. So for those interested in making a career change or working their way to the top, sit back and watch these handy snippets of information.

Amy Cuddy – Your Body Language Shapes Who You Are

Social psychologist Amy Cuddy makes the argument for improving our body language, not just to impress the people around us, but to boost self-confidence. She talks about “power posing” – a way of standing confidently even when you don’t feel empowered - as a way of attracting a hot date, or even a hot promotion.

Believe it or not, our greatest fears can be our  greatest motivators. Jonathan argues that the power behind fear can motivate us and send us on the path to success. He's written a book on just that too, and his talk is a must see for anyone who suffers from work anxieties.

Rory Sutherland – Perspective is Everything

A talk on how to market yourself, this presentation is especially useful for those who are applying for a job for the first time, or for those who simply want to impress and get ahead in their current role. Rory talks about “reframing” and how you should create your own brand to make yourself memorable, a great technique for moving up the career ladder.

Larry Smith – Why you will fail to have a great career

Economics professor Larry Smith gives a blunt and humorous talk on the crazy excuses people make to prevent themselves from finding success. He says that alongside the excuses made, becoming settled in a job, and prioritising relationships are the key ways in which people are more likely to fail in their careers.

Your twenties are often seen as a throwaway decade, a time for going out, partying, having a little fun and “finding yourself.” However, Meg, a clinical psychologist argues that you should make the most of these vital years to define a sense of self, establish a social network, and find a meaningful relationship.

In this talk, de Botton gives the differences between success and failure a thorough reassessment. The speaker talks about why we should quash our assumptions about how these two judgements are earned. His inspiring talk shows how to rethink what failure is: a skill that is key in managing a team.

Software entrepreneur Jason Fried firmly believes that the best kind of work doesn’t happen “at work”. Most people have inspiration in the shower, on the train to work, or on a Sunday morning when they’re reading the paper. Fried explores how we should restructure the typical office setup and avoid having meetings and disrupting other people’s flow.

The host of the TV programme Dirty Jobs talks about why those in less than hygienic professions are often the happiest. He argues that any work is good work, and jobs that require you to muck in have a bad reputation. In a talk which changes perspectives on why we have jobs, Mike takes the approach that following your passion may not be the best approach to a career, and choosing an occupation that pays the bills can be just as satisfying.

Sir Ken makes the compelling argument that schools rarely encourage creativity, and offers up some clever solutions as how to nurture those currently in the education system. He says, at school, we’re taught that art and drama are more of a hobby than a career. During his TED talk, he attempts to flip that assumption on its head.

In this talk, policy entrepreneur Wingham Rowan talks about the need for flexible working arrangements to become more commonplace. Telecommuting is a convenient way to work, as it fits in around people’s schedules and life, and Wingham explains why enabling employees to do this not only benefits them, it benefits the company and the economy as a whole. 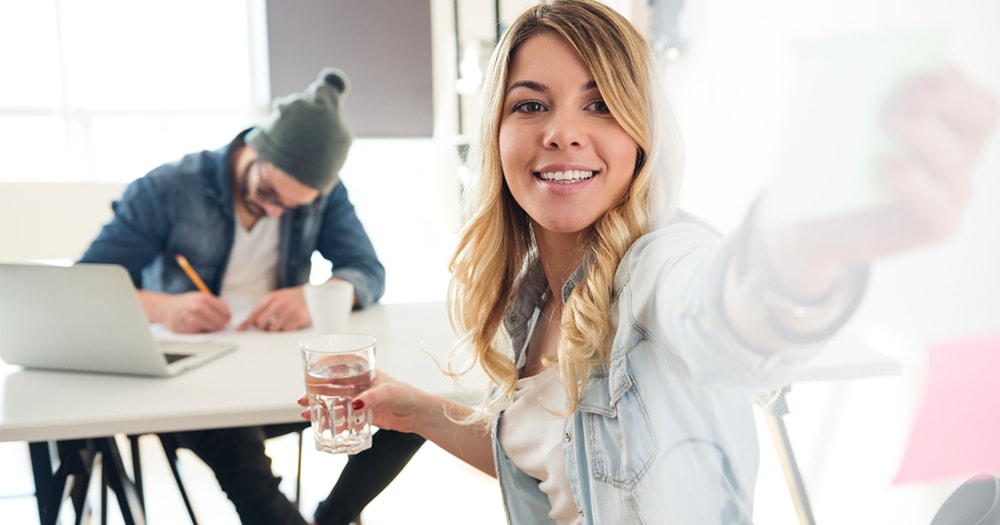 These talks are just a few of some of the inspiring ones available from TED. Watching these can help change our perspective on our approach to work and our careers as a whole. Alain de Botton says in his talk, "It's perhaps easier now than ever before to make a good living; it's perhaps harder than ever before to stay calm, to be free of career anxiety."

Watching these sessions might relieve the anxiety and stress associated with the pressure of finding and holding on to a job, and these TED talks can encourage us to take a new approach to the world of work.