From ill health to helping others: Eileen’s journey to success

At 30, Eileen was a busy parent looking after her young children, until she began to lose feeling in her hands and her feet. She was diagnosed with the autoimmune disease Rheumatoid Arthritis, which meant years of trialling new medications.

At 39, Eileen was struck down with Bacterial Pneumonia which developed into septicaemia – leading to lung and organ failure and an induced coma where her family members had to prepare to say goodbye. For 4 weeks, Eileen lay in a coma before coming back around on her birthday, which was Boxing Day. She weighed just 35-45 kilos due to muscle deterioration and she had to teach herself how to walk again. She also suffered false memories and memory loss, but has since managed to get everything back.

Despite these enormous setbacks and incredible hardship, Eileen recovered completely. She used the strength gained from her journey and decided to become a carer for the elderly. Here’s her incredible story…

What inspired you to choose aged care?

I was always brought up to respect older people and have always got on well with them. During my marriage, when my kids were little, I got diagnosed with rheumatoid arthritis. At the same time my mother-in-law started to have a couple little strokes, so I became her carer for about 12 years, as she started to go into vascular dementia.

Having been in a coma myself and dealing with the struggle of relearning how to walk and talk again. Even the cognitive, the way my brain was, where people couldn’t understand me. What I was trying to say, wouldn’t come out of my mouth, and everything like that… I just knew that I was the sort of person that could understand that.

I had a lot patience and sympathy for caring for people that are in that situation. Not only their physical wellbeing, but their emotional wellbeing. Which is really, really important that they’re still treated as human beings. I was going to go into medical reception work and then I realised it wasn’t really being able to assist and help people the way I wanted to, and then my boyfriend suggested that I’d be so good at it (aged care). Why don’t you try it?

I didn’t think I’d be smart enough, because I hadn’t been to school for 30-odd years and the problems I had a few years ago, so I didn’t know how I’d go; but I did really well. I think just the passion for wanting to help and assist them living fulfilling lives has urged me to keep going. I have found that I am actually really good at it; especially bringing light to people that don’t see many people during the day. I just really love it.

How does it make you feel that you get to be that person to bring them happiness?

Oh, it’s really rewarding. A lot of people go to work, going “Oh work sucks”. But at the end of my shift I’m smiling and I’m on a high like nobody else. I come home and can’t sleep for three hours because it makes me feel so humble that you can make connections with these people. You don’t make them feel disgusting for having to wear pads or having to be helped by somebody. Because for a lot of them it’s so degrading and to be able to fully get across to them that you understand. You don’t say “that’s okay, don’t worry about that”… because that’s not what they want to hear. I just sort of say to them “Yeah it must feel like that. But it’s okay, this is why I’m here to help you”. That makes me feel good about myself, and it has given me a lot of confidence because I’d lost a lot of confidence to know I’m doing something worthwhile.

I think they’re all wonderful people, they’ve got the most wonderful stories. Those stories will be lost, but I’ll know those stories and I’ll remember those people. What’s really wonderful, is we have a few palliative dementia patients and I’ll sit there and just chat away to them while I’m feeding them or whatever, and they’ll get this moment where they are in reality and they’ll be able to tell me stuff or say something to me that I might have said a week ago and they’ll ask me about it. It’s that flicker of that person still in there and that their mind still works perfectly because a lot of people think that they don’t know, it’s the same thing week after week but it’s not and I’ll get these conversations out of them. And… oh… it just makes my heart swell. 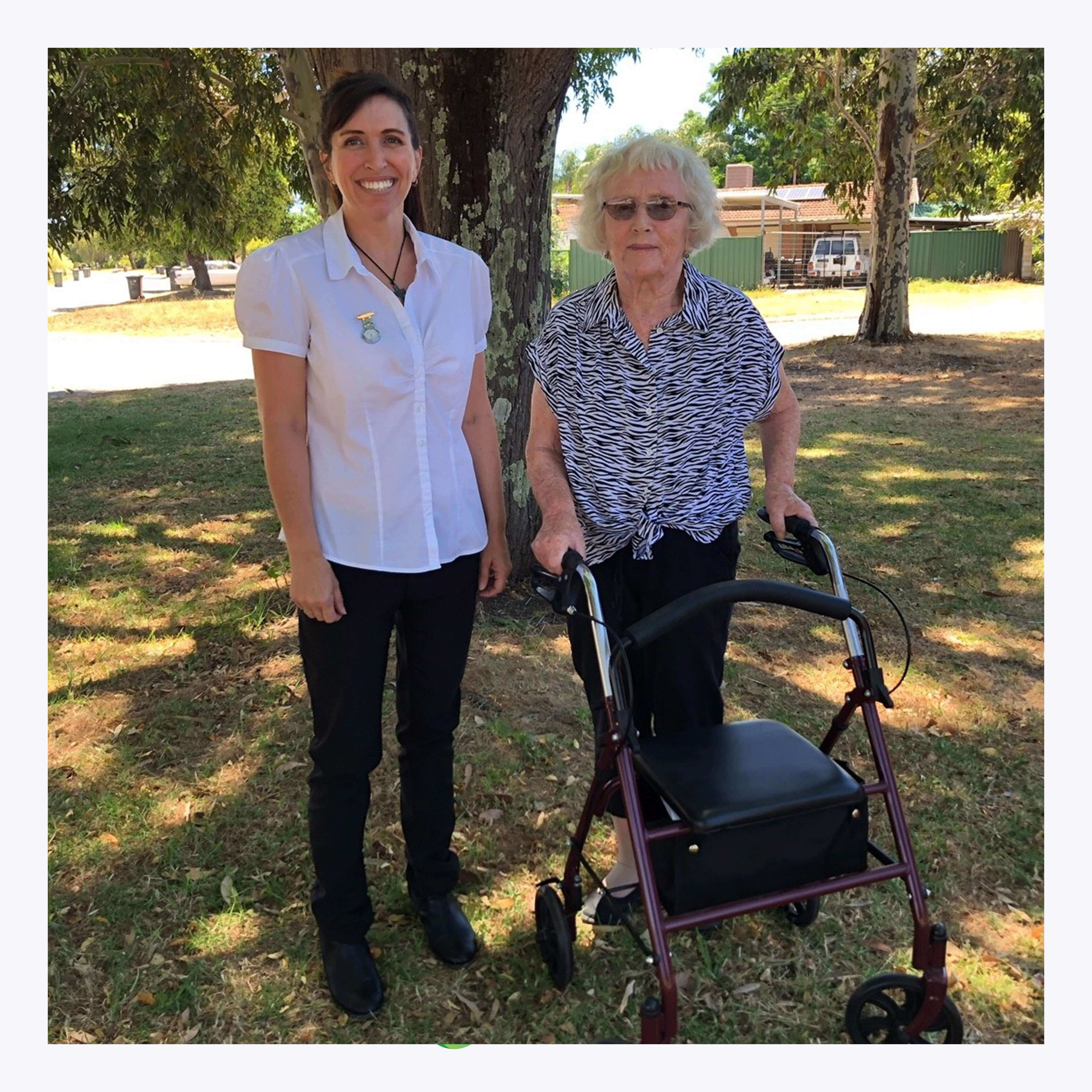 Where do you see yourself for the future?

In a few years, I’d like to get a bit higher and go into management or human resources. To have some say in the people that are hired. To make sure that they’re there for the right reasons. Not just there for a job, to show up and get paid. That’s not what they’re for… these people deserve so much better. They pay a lot of money, so they deserve to be treated with a lot of kindness.

I still have so, so much to learn but if I just keep going the way I have been going and do what I’ve been taught I hope to go far in it and do well. I’d also like to go into home care, because you’re in there homes and you take them to do what they want. Regis has thought about going into home care.

For me, the work is all about them, my patience, but it is also important that I feel satisfied in my work. Because if I’m not, then I can’t give them the care that they need and deserve.

Eileen is an inspiration to all students – proving that it’s never too late to start pursuing your dreams and that you can make a real difference in other people’s lives. If you want to start caring for others, why not study a CHC33015 Certificate III in Individual Support (Ageing, Home & Community)

What is person centred care and why is it important?

How to fast track your way up in a business management career?

Get started on Social Media Marketing